On the site, users can read news about the election in German or English, watch election-related videos, and look at Google search trends for each candidate and party. There's also a social element to the site: It will host Google hangouts on political topics and has a page that maps discussions of political topics on its Google+ social media site.

The site's content will be managed in partnership with the website politik-digital.de and web video journalist Tilo Jung.

Ralf Bremer, a senior manager for communications at Google's Berlin office, told SPIEGEL ONLINE that the site is a way for Germany's political parties to reach voters in a non-traditional way.

The site and its tools "provide opportunities for parties to reach people they don't reach through other channels," he said.

A Site Geared toward Germany

Though this is Google's first time creating such a site for German elections, the company has now created similar sites in about 20 countries, including the United States, France, the Netherlands and several African countries like Senegal and Zimbabwe. The first country to get its own Google elections page was Egypt, where the company launched a site to inform voters ahead of the 2011 parliamentary elections.

Bremer said that Google tailors the election sites differently to each country. The "#Debate" tab on the German elections page, for example, is new: It allows users to see which political topics are the most talked about on Google+ in map form.

There are no set plans to hold Google hangouts with the chancellor candidates at this point. Merkel, however, held her first Google hangout in April. 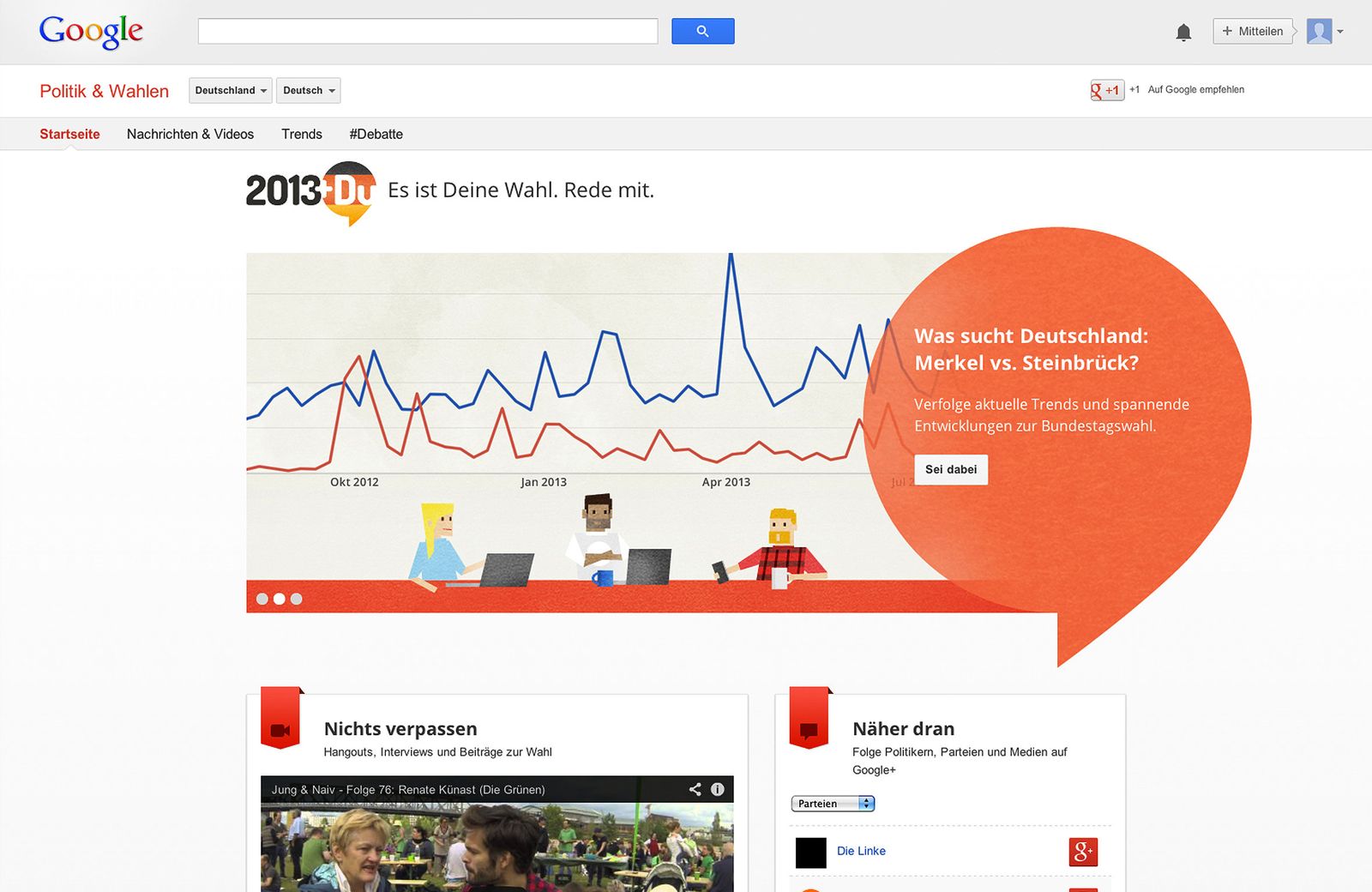 Google has launched an elections page to help educate German voters about the campaign.