German Finance Minister Wolfgang Schäuble is a clever orator. In comments to the press on Tuesday, he first made sure to praise Greek reform efforts before turning to the most recent measures passed to prop up the heavily indebted country. Then he said that the new aid package, aimed at reducing Greece's overall debt load and giving the country two extra years to meet its budget deficit reduction targets, won't cost German taxpayers a penny.

It is a bold statement. And one that leaves plenty of room for interpretation. Particularly given Schäuble's follow up. Berlin, he said, will suffer a "reduction of revenues."

It is a typical Schäuble formulation: a bit ambiguous and slightly misleading. But the numbers are clear enough. Germany will forego some €730 million ($944 million) in revenues in 2013 as part of the deal hashed out on Monday night in Brussels between euro-zone finance ministers and the International Monetary Fund. It is a compromise that avoids, for now, the kind of debt haircut that Berlin had been so opposed to. But it marks the first time that the crisis in Greece will have a direct effect on the German budget.

The deal clears the way, finally, for the payout of the long-awaited next tranche of emergency aid for Athens. Whereas that tranche was originally to be €34.4 billion, euro-zone finance ministers lumped it together with the next chunk of aid due and approved the payout of €43.7 billion. Before it can be delivered, however, German parliament must approve the plan pushed through on Monday night, which it is expected to do on Friday. Parliaments in Finland and France also have to clear the deal, but neither is expected to block it.

Still, the package of measures counters years of assurances from German leaders that efforts to bail out Greece wouldn't weigh on state finances. It includes interest rate cuts and maturity extensions on emergency aid loans, resulting in a €130 million annual hole in the German budget.

In addition, euro-zone countries agreed to return to Greece profits accrued to national central banks from European Central Bank purchases of Greek sovereign bonds. The money, projected to total €10 billion between now and 2030, is to be paid into a fund to help Athens service its debt. Germany's share of the total is €2.7 billion, with €599 million of that due in 2013. Germany's Bundesbank must first approve the plan.

Greece is also to embark on a debt buy-back program which will see the country purchase its own bonds back from private investors. Because the value of those bonds has dropped below face value, it is another way for Athens to reduce its overall debt. Euro-zone finance ministers plan to gather again on December 13 to evaluate the efficacy of that program.

The grocery list of mini-measures had become necessary because of Berlin's continued refusal to consider the kind of debt haircut that the International Monetary Fund had been demanding. Few believe that Greece will be able to return to financial health without such a partial default, but Chancellor Angela Merkel's government isn't prepared to take such a step less than one year away from the next general elections scheduled for autumn 2013. Euro-zone finance ministers had instead demanded that Greece be given until 2022 to reduce its debt load closer to the 120 percent of gross domestic product identified by the IMF as manageable. The IMF had insisted on the original plan of reducing the country's debt load to the 120 percent level by 2020.

But for all of Schäuble's resistance to the idea of a debt cut for Greece, Berlin is no longer excluding the possibility out of hand. Such a move, the Merkel administration made clear, is not possible with aid payments to Greece continuing. Once those aid payments stop at the end of 2014, however, the possibility could be revisited.

A debt haircut of 50 percent, as had been discussed, would have cost Germany a hefty €17.5 billion, a loss that Berlin was not eager to take. Merkel's CDU was at pains on Tuesday to counter the impression that its opposition to a debt haircut was primarily motivated by concerns about next year's elections. "When there are legal barriers to a debt cut, then there can't be such a cut after general elections either," said Wolfgang Bosbach, a senior CDU parliamentarian. "The legal landscape won't change with the election."

The opposition, though, wasn't buying that interpretation. "The debt cut cannot be avoided," said Frank-Walter Steinmeier, floor leader for the opposition Social Democrats. "It has merely been postponed to a period following the election." 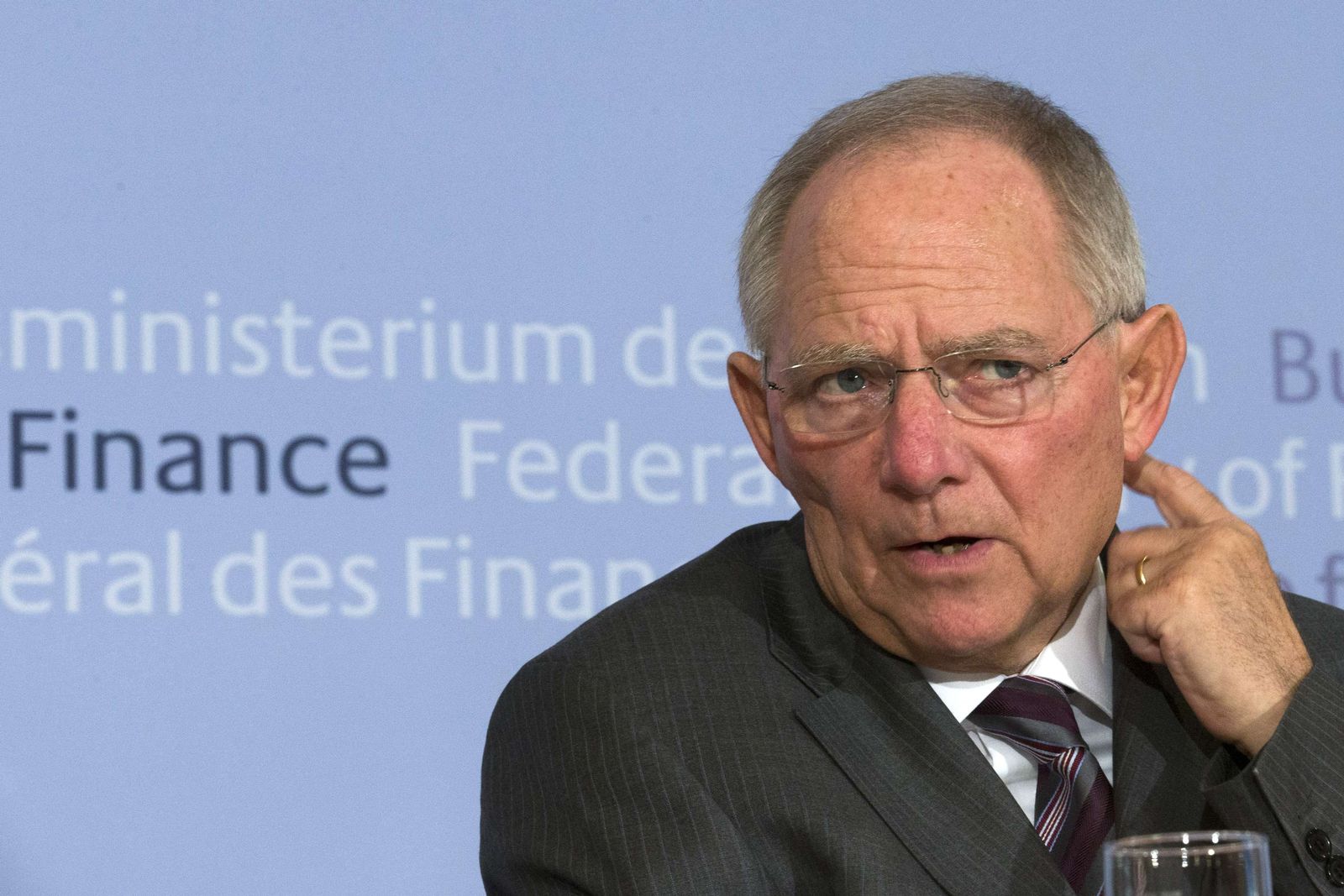