In the wake of the NSA surveillance revelations, Internet users seem to have learned that as soon as their data reaches an American server, it could be read by the country's intelligence services. German companies are benefiting from this realization -- German email providers have seen a significant increase in new subscribers in recent weeks.

Freenet, a listed telecommunications provider known for its strong anonymity protection, has seen an 80 percent increase in new users over the last three weeks. German web hosting company 1&1, meanwhile -- parent company to email providers GMX and web.de -- has seen a six-figure increase in new joiners over the same period.

T-Online, a business unit of Deutsche Telekom and the biggest internet service provider in Germany, would not confirm their exact number of new joiners, but also pointed to a "stronger interest" in its email service. It remains unclear how many of the new users have set up email accounts in addition to existing ones, and how many have actually cancelled accounts with US providers such as Yahoo or Google.

Email Made in Germany

The increased interest in German email providers may be linked to a recent push to promote the country's data networks as some of the most secure in the world. In an attempt to attract new customers, Deutsche Telekom earlier this month launched an initiative which aims to make German email traffic even more secure.

Dubbed "Email Made in Germany", the program includes new security measures making sure that email travelling between three of its email services -- T-Online, GMX and web.de -- never leave local servers. The provider's emails are now encrypted, and users are notified when they are composing an email to a recipient whose address does not fall under the program's protections.

The initiative was launched just after it emerged that American email provider Lavabit, the service supposedly used by Edward Snowden to protect himself from NSA snooping, was closing down. A letter posted on the website explaining the move seemed to refer to a court order from the American government asking for cooperation in its spy programs.

The move left some 300,000 users with defunct email accounts. Ladar Levison, the company's owner and operator, issued a clear warning to users: "I would strongly recommend against anyone trusting their private data to a company with physical ties to the United States."

German experts have in recent weeks made similar assertions. Thilo Weichert, head of the Independent Center for Data Protection, explicitly advises the public to use German email providers: not only are the country's data protection laws clearer and more explicit than those in other countries -- the way in which they are enforced is also more reliable.

"The moment that the data is in the US, it will definitely be used by the NSA, and subsequently by other government agencies including the CIA, FBI and the DEA," he told news agency dpa in an interview. "If I use Google-Mail, it's pretty certain that my data will be saved on American servers, and can then be accessed by the NSA."

Despite the fact that German networks are more secure than their American counterparts, some Germans are taking additional security measures. Jimmy Schulz, a member of the business-friendly Free Democrats, last week invited his fellow parliamentarians to a so-called "crypto party" -- an event dedicated to teaching politicians how to encrypt their email.

"It's the same as locking your car," says Schulz. "Data has to be protected from trespassers, no matter whether they are members of the intelligence service or criminals." 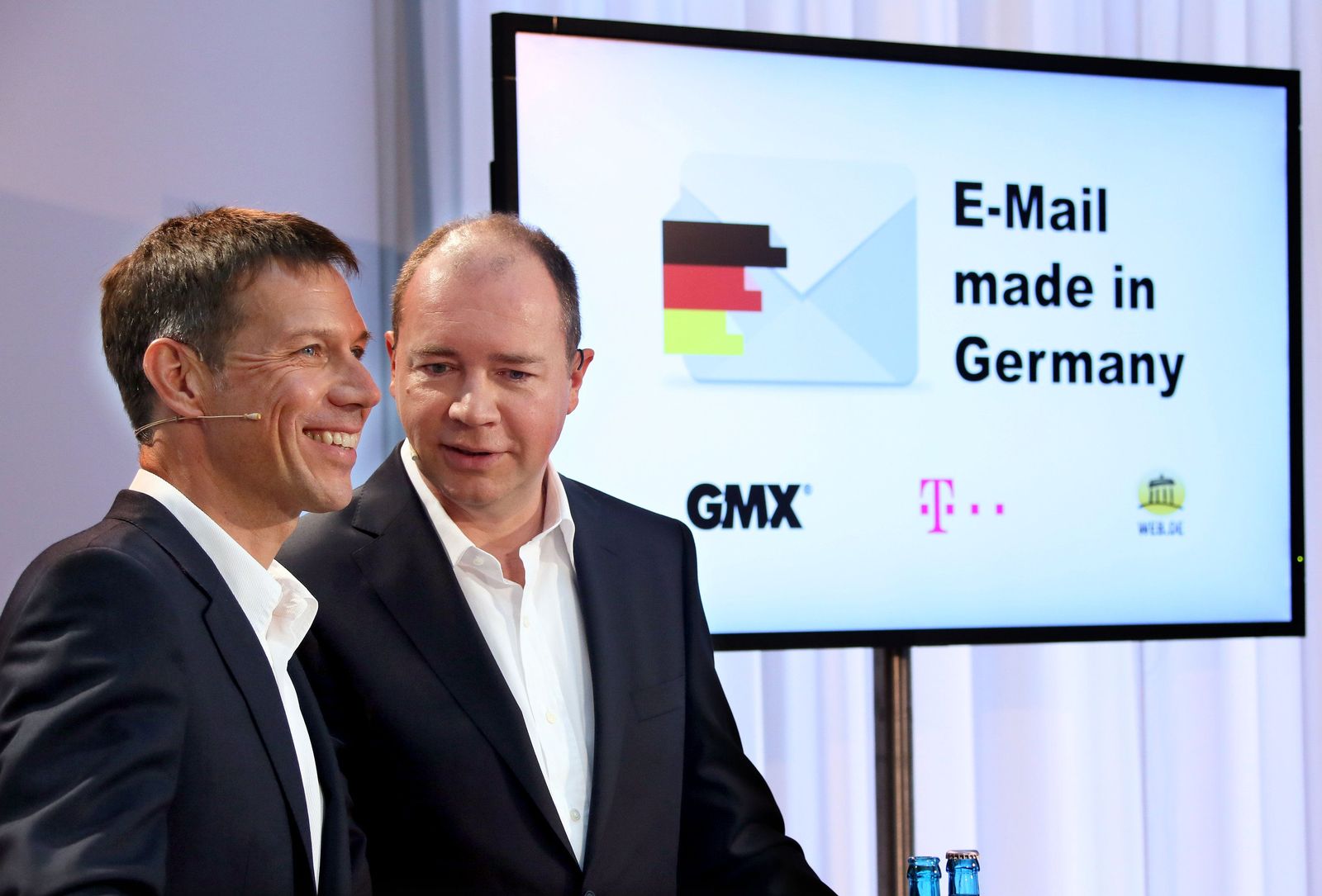