At first glance, it would seem that German Defense Minister Karl-Theodor zu Guttenberg successfully managed to avoid a major crisis early in his tenure. Speaking to the German parliament last week, Guttenberg backed away from his initial support of the German-ordered, Sept. 4 bombing of two tankers in Afghanistan -- an attack which killed dozens of civilians, possibly as many as 150.

Whereas he first called the attack "militarily appropriate," on Thursday he said he had now come to the conclusion that the attack had been "militarily inappropriate." He nevertheless threw his support behind Colonel Georg Klein, the German commander who had ordered the air strike.

But Guttenberg's about-face has brought him a host of new problems. In his comments last Thursday, the minister explained his change of heart by referring to documents which he had not seen prior to making his first assessment. He declined, however, to state exactly what those documents might have been.

One document that Guttenberg did have access to immediately upon becoming defense minister, however, was a NATO report on the incident. And according to excerpts of the report seen by SPIEGEL, the document contained information that casts doubt on whether Guttenberg should have supported the air strike in the first place.

Klein ordered the attack on the two tanker trucks after they had been hijacked by Taliban insurgents not far from a German military base. Under NATO rules of engagement, Klein was only authorized to order such an attack if his troops were in danger of being attacked. But at the time of the bombing, the two tankers were stuck in a sandbar in the middle of the Kunduz River.

According to the NATO report, the American pilots of the F-15 fighter jet were skeptical of the order to attack the tankers. When the Germans asked that six bombs be dropped on the site, they were rebuffed. According to the report, Wing Commander Lance "Gipper" Bunch, the pilots' commanding officer, told NATO investigators that "the crew told him that this was not going to happen."

In addition, whereas previously it had been reported that the pilots offered to make a flyby in order to limit casualties, the report makes it clear that they made the offer fully five times. A German officer answering to Klein, however, turned down the offers and ordered the target be attacked directly. One of the pilots said they only abandoned their skepticism once the Germans spoke of the acute danger posed by the tankers.

Unclear How Many Died

By the time the bombs were dropped, dozens of civilians had surrounded the tankers with the intention of siphoning off the fuel they were carrying. It is unclear how many died in the attack. Estimates vary widely, from 17 up to 142 with one lawyer telling SPIEGEL that it might be as many as 150.

The bombing has already cost one minister his job. Franz Josef Jung, who was Guttenberg's predecessor at the Defense Ministry before being moved over to the Labor Ministry following Merkel's re-election, resigned at the end of November amid accusations that he lied to the public about civilian casualties in the days following the attack.

In addition to Jung, Germany's top soldier, Bundeswehr Inspector General Wolfgang Scheiderhan, and a top deputy in the Defense Ministry, Peter Wichert, likewise lost their jobs. Guttenberg forced them out saying that they had withheld a report from him regarding the true nature of the tanker bombing.

Given that Guttenberg had already read the NATO report, however, many are now questioning whether the firings were appropriate. According to sources close to Schneiderhan, Guttenberg had been briefed about the competing interpretations of the Kunduz bombing prior to the initial press conference in which he called the attack "militarily appropriate."

On Monday, the German Defense Ministry announced that it would provide compensation to the families of civilian victims of the attack. It is unclear just how much each family will receive, but in the past, Germany has awarded the families of civilian victims a few thousand dollars per person. The announcement follows comments by Merkel last week in which she said it was important to her that "Germany lives up to its responsibilities."

NATO too has drawn consequences from the attack. According to SPIEGEL ONLINE information, Stanley McCrystal, the commander of the International Security Assistance Force (ISAF) in Afghanistan, has ordered that the rules governing air strikes in Afghanistan be examined and strengthened. His order made specific reference to the German-ordered bombing in Kunduz. In particular, the definition of "enemy contact" is going to be more clearly defined. Klein used the "enemy contact" provision in ordering the Sept. 4 bombing to go ahead despite the fact that the tankers were several kilometers away from any German soldiers. 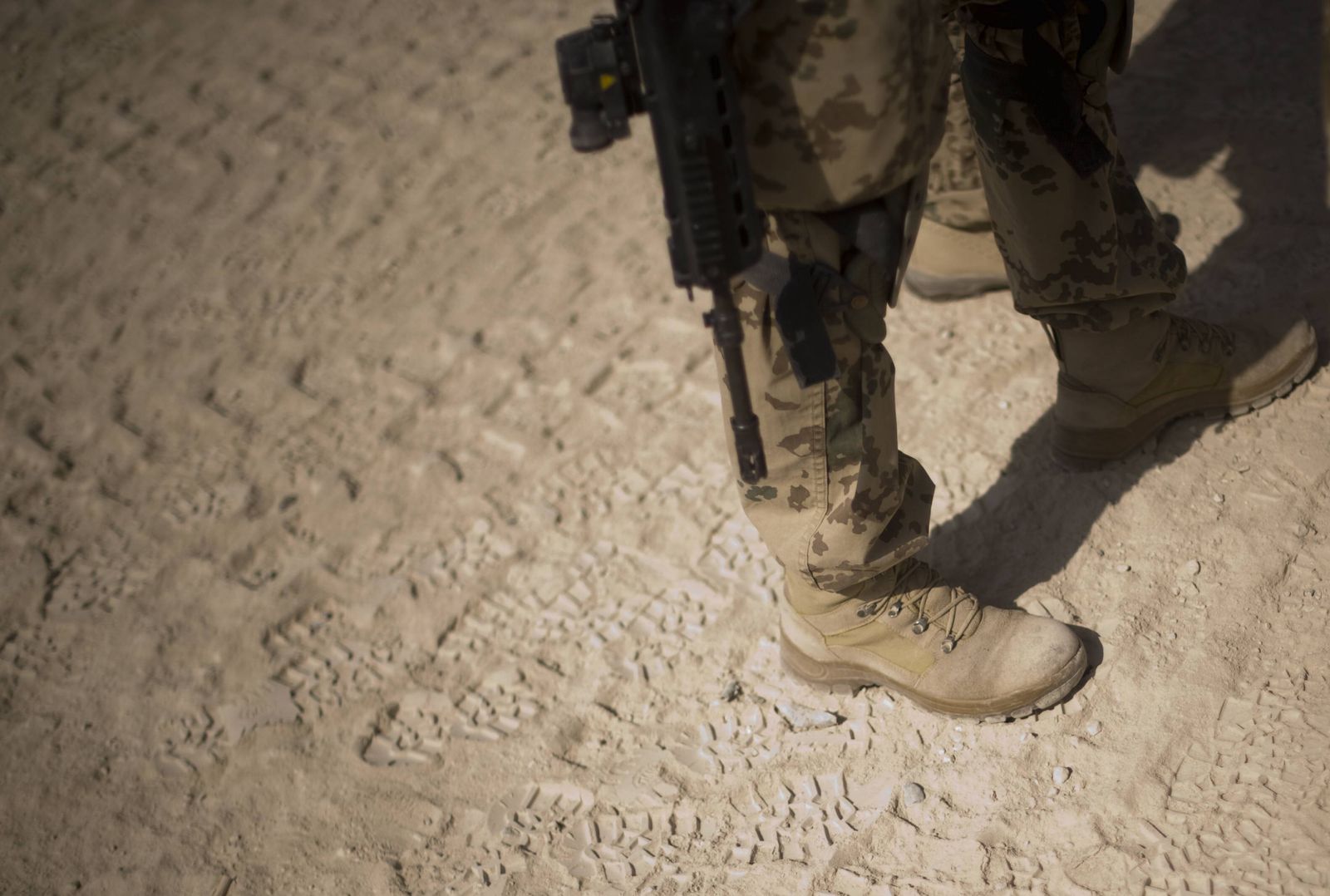 As the Afghanistan mission continues, many in Germany would rather see the troops come home.