Chancellor Angela Merkel has just reaffirmed her decade-old reputation as a jinx for every male rival in her conservative camp, but she won't be happy about the latest victim, Karl-Theodor zu Guttenberg, who resigned as defense minister on Tuesday over a plagiarism scandal.

The departure of the charismatic, glamorous Guttenberg, Germany's most popular politician by far, has torn a gaping hole in her cabinet and threatens to undermine one of her government's most important policies, a wholesale reform of the army involving an end to military conscription. The reform was devised and introduced by Guttenberg against initial opposition within Merkel's party, the Christian Democratic Union (CDU), and is at risk of untangling without his leadership. 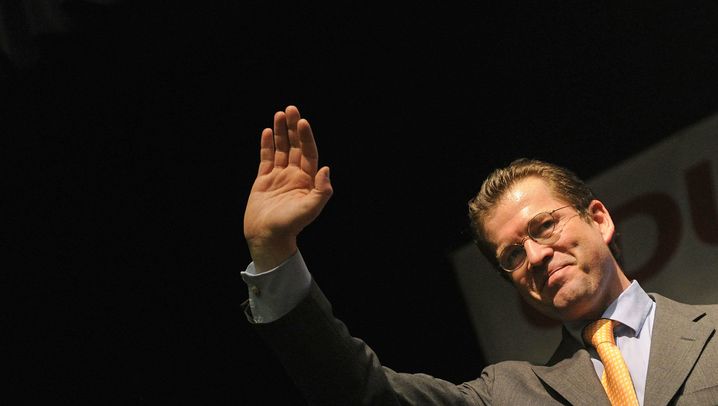 Merkel will now need to reshuffle her cabinet, a delicate operation because the allocation of ministerial posts is based on a balance of power between the three parties in her coalition -- the CDU, its Bavarian sister party, the Christian Social Union (CSU), of which Guttenberg himself is a member, and the business-friendly Free Democratic Party (FDP). There is no obvious successor, and at present only one thing is certain, say political analysts -- he or she won't be as good as Guttenberg.

"It's a huge problem. As defense minister, Guttenberg was rated highly across the political spectrum, and the success of the army reform will depend on whether it gets cross-party support," Klaus-Peter Schöppner, director of the Emnid polling institute, told SPIEGEL ONLINE.

"The worst thing that could happen is if a staunch party apparatchik gets the job," he said. "That would cause fresh problems for Merkel's government."

The loss of Guttenberg comes at a difficult time for Merkel, with regional elections looming in six states this year. Opinion polls show her Christian Democratic Union (CDU) is at risk of losing power in the rich southwestern state of Baden-Württemberg, a CDU bastion since 1953, in this year's most important election on March 27.

However, the electoral fallout of Guttenberg's loss is likely to be limited, even though the aristocratic, media-savvy 39-year-old, a darling of mass circulation newspaper Bild, was a huge asset and a cabinet heavyweight. Bild, which has some 12 million readers, had run a campaign to try to keep him in office ever since the plagiarism came to light two weeks ago.

Analysts say regional issues, the future of the euro and Merkel's decision to extend the lifetimes of nuclear power stations are likely to play a bigger role in the elections.

"The resignation has clarified matters and should end the debate about Guttenberg," Karl-Heinz Nassmacher, a political scientist at Oldenburg University, told SPIEGEL ONLINE. "I don't see an impact in the elections."

Manfred Güllner, director of the Forsa institute, a prominent German pollster, said Guttenberg's resignation may even boost the CDU vote because criticism of his behavior had been mounting steadily in recent days.

"Sympathy for Guttenberg would gradually have melted away and this might have made it harder to motivate CDU supporters," Güllner told SPIEGEL ONLINE. "That danger is over now, which should stabilize the CDU in upcoming state elections."

Merkel, as usual, has managed to get away unscathed. She supported Guttenberg throughout, and he did her the favor of resigning of his own accord before he could do serious damage to the party.

Merkel had backed her defense minister in the face of withering criticism from opposition politicians, the liberal media and -- most damagingly -- from thousands of academics following revelations that he copied large parts of his doctoral thesis.

Sticking to Guttenberg despite his blatant cribbing was a risk for Merkel, an academic herself, because it flew in the face of traditional virtues of honesty and hard work espoused by her party.

The fact that she decided he was a greater asset than a liability provided further evidence of a shrewd, calculating approach that has been the secret of Merkel's success. The Protestant easterner made it to the top of the Catholic, western, male-dominated party in 2000 even though she has never had a regional power base, unlike the CDU barons she brushed aside -- former Hesse governor Roland Koch, former North Rhine-Westphalia governor Jürgen Rüttgers, and Christian Wulff, the former Lower Saxony governor who is now Germany's president, a largely ceremonial office.

With Guttenberg gone, she has no serious conservative competitor left, so even a series of electoral defeats this year won't seriously weaken her grip on the party or endanger her likely bid for a third term in the 2013 election.

How does she do it? She has a knack for staying out of the rough and tumble of domestic debates until she can profit from entering the fray, and she showed in her handling of the euro crisis last year that she always pays close attention to how policies play with voters back home. That led her to hesitate in providing aid to Greece and triggered accusations around Europe that she was putting Germany's pro-European stance at risk.

Merkel may even get brownie points among conservative voters for having remained loyal to a minister who continues to enjoy huge support among German voters. They like his straight-talking style and seem to be enamoured of his aristocratic status as a member of dynasty stretching back a millennium.

Merkel said she had accepted Guttenberg's resignation "with a heavy heart."

"Karl-Theodor zu Guttenberg is a person with unusual political talent, with his own, exceptional ability to reach people's hearts and to make them enthusiastic about politics," she said in statement on Tuesday, using uncharacteristically emotional language. "I greatly regret his resignation but I also understand his personal decision."

In a remark that will delight Bild newspaper and Guttenberg's many other fans, she made clear that his political career need not be over.

"I am convinced that we will have the opportunity to work together again in the future, in whatever form," she said.

For the time being, however, she faces the urgent problem of finding a replacement. According to coalition arithmetic, Guttenberg's party, the CSU, will have the right to nominate a successor. Any wider reshuffle will also need to take account of the sensitivities of Merkel's other coalition partner, the FDP of foreign Minister Guido Westerwelle.

The problem is that so far, no one seems willing to step into Guttenberg's shoes. "Merkel has to fill a huge hole," said Nassmacher. "And political talents don't grow on trees in this country." 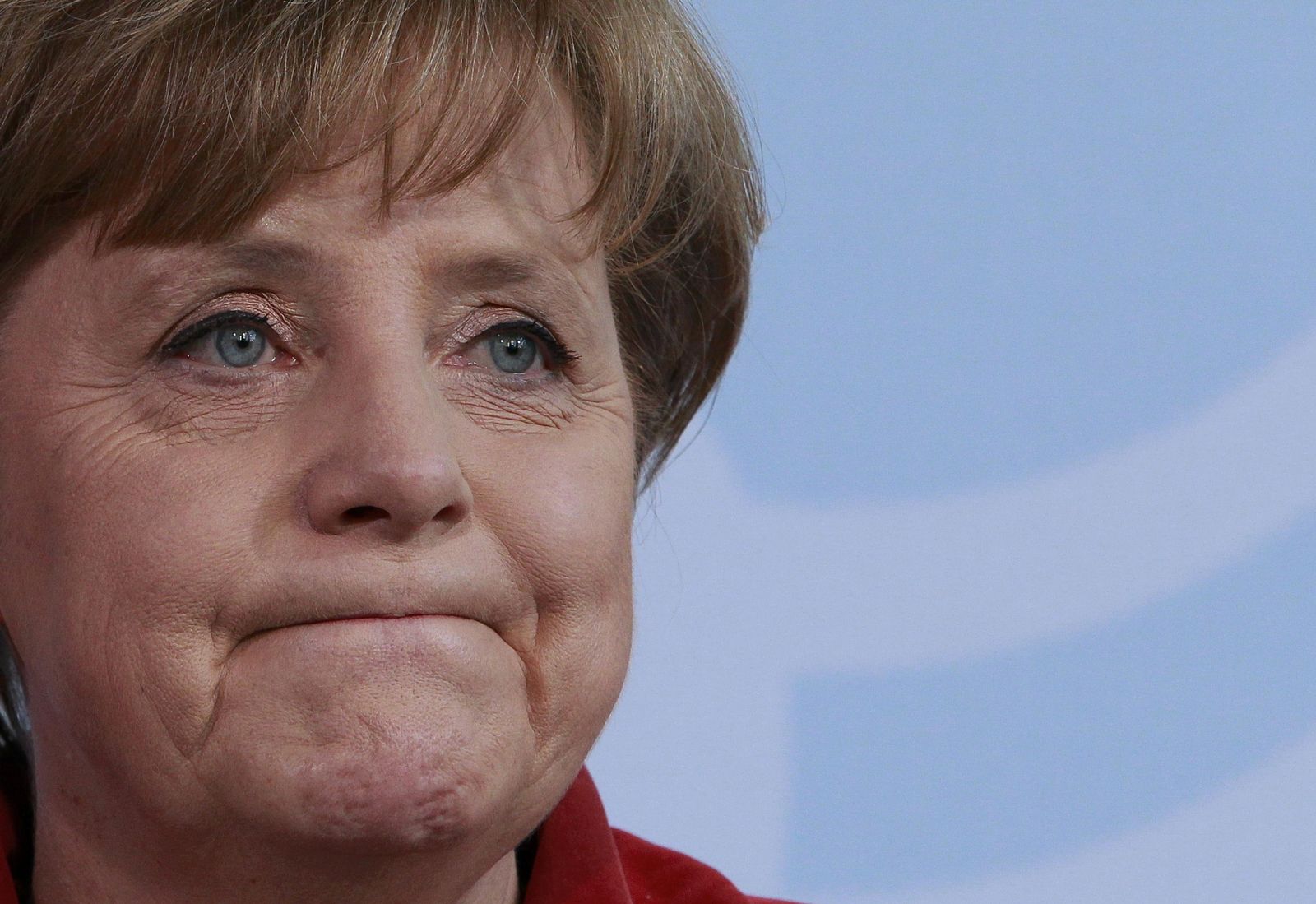