German Defense Minister Karl-Theodor zu Guttenberg has proven himself to be a veritable Houdini when it comes to political escape acts. When questions arose about the Defense Ministry's handling of the 2009 Kunduz air strike -- a bombing which killed several, possibly dozens, of civilians -- Guttenberg fired the head of the German military and a senior Defense Ministry official. When a scandal developed late last year surrounding the naval training ship Gorch Fock, Guttenberg relieved the captain of his duties.

This time around, however, there isn't anybody to fire. This time, Guttenberg himself has been accused of wrongdoing. According to the Munich daily Süddeutsche Zeitung, Guttenberg may have plagiarized large passages of his doctoral dissertation. And if the accusation is proven, he could be stripped of his Ph.D.

The copying concerns came to light when Andreas Fischer-Lescano, a law professor at the University of Bremen, sat down last Saturday evening to begin writing a review of Guttenberg's dissertation, which was published in 2009. He told the Süddeutsche that in reviewing works such as that by Guttenberg, he has made it a habit to plug passages into Google to check for potential problems.

When he did that last Saturday, he immediately found an article from the Swiss newspaper NZZ am Sonntag, large passages of which were to be found one-to-one in Guttenberg's work -- without citation. Further searches found other passages apparently copied-and-pasted out of other articles and sources -- some slightly altered, but most faithfully reproduced, word for word. Several pages of the 475-page work appear to have been borrowed without adequate citation.

"The text duplications can be found throughout the entire work and covering a range of subjects," Fischer-Lescano told the Süddeutsche. In several places, he says, the dissertation reveals "brazen plagiarism."

Accusations that Fischer-Lescano's sudden discovery could be politically motivated have been denied by Felix Hanschmann, a colleague and friend of Fischer-Lescano who dealt with plagiarism issues during his time as a research assistent with Germany's high court. "Neither the (center-left) Social Democrats nor the Left Party stand behind us," Hanschmann told SPIEGEL ONLINE, referring to two of Germany's main opposition parties. Accusations of political activism, he said, "don't concern me in the slightest."

Guttenberg handed in the work, a legal comparison between European attempts to formulate a constitution and the process followed by the US, in 2006 and it received top marks from the University of Bayreuth. The university has now said that it will refer the plagiarism concerns to an ombudsman who deals with concerns of substandard scholarship.

The defense minister told the Süddeutsche on Wednesday that he welcomes the move by the university to check his dissertation. "I await the results of the verification ... with equanimity," he said. "I prepared the work to the best of my ability and with a clear conscience."

Should the plagiarism concerns be proven, it is still not a given that the minister, who has long been one of Germany's most popular politicians, will lose his degree. Sloppy citation is hardly rare, and German universities have tended to show clemency in many such cases. Still, should it be shown that the copying was done knowingly, Chancellor Angela Merkel's cabinet could lose a doctor. 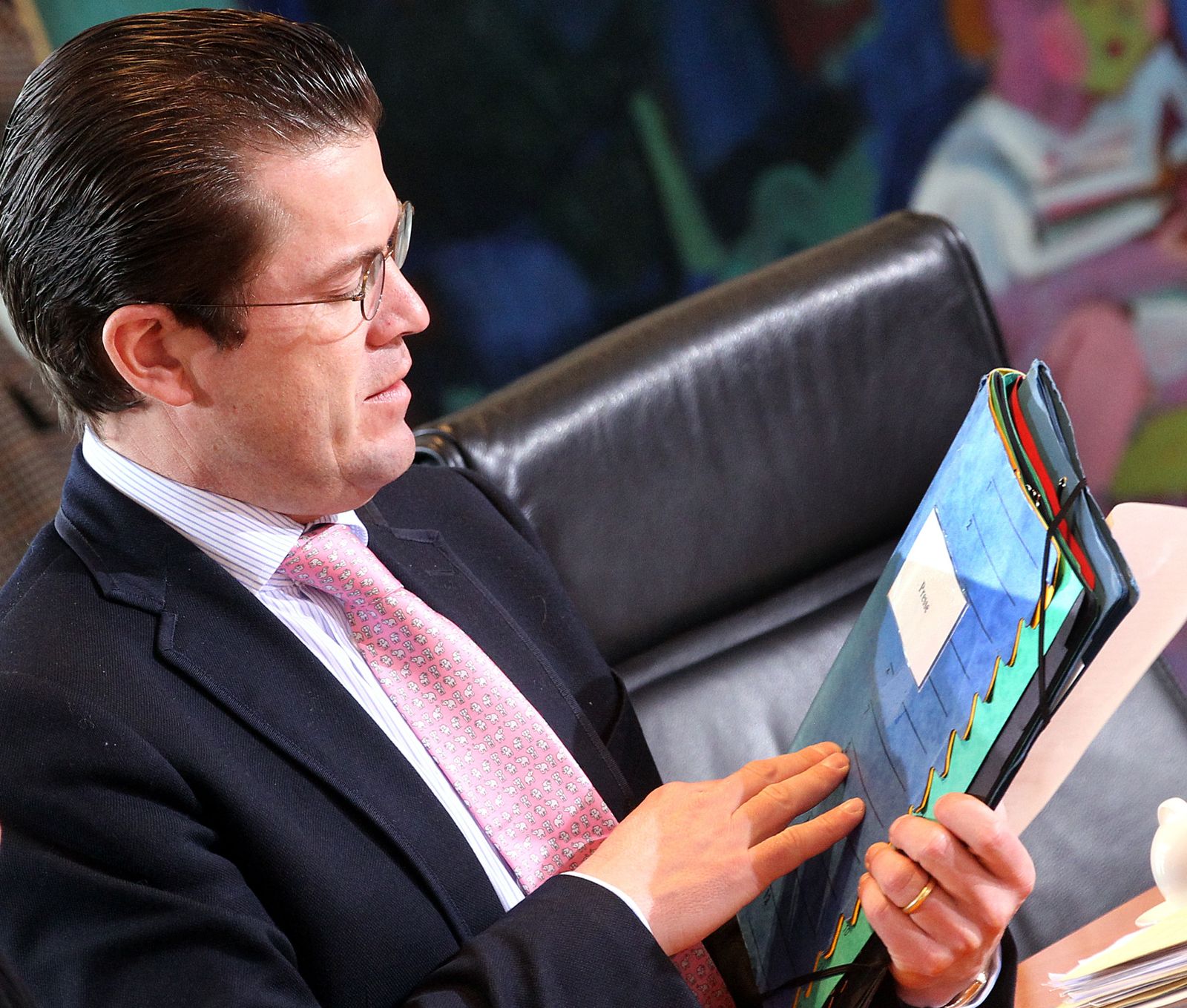