Lasting 105 days, one of the longest trials in postwar German history ended on Friday with the judges sentencing 10 Somali pirates to between two and seven years each behind bars.

Prosecutors charged the men with attacking the MS Taipan in the Gulf of Aden, some 900 kilometers (560 miles) off the Somali coast, in April 2010.

The crew of the Taipan, which sailed under a German flag, fled to a secure room within the vessel and cut power to the engines. Dutch naval forces from an anti-piracy vessel boarded the container ship after its captain issued an SOS and overwhelmed the Somalis, who were handed over to German authorities several months later.

The court found the 10 pirates guilty on charges of kidnapping and conducting an attack on maritime traffic.

The men's ages range from 19 to 50 but remain unverifiable, since they did not all know their exact date of birth.

"I was born under a tree," one of them had replied when asked about his place of birth.

The three youngest were given two-year sentences, while the other seven were given sentences of six to seven years.

The court ruling in Germany's first piracy trial in around 400 years will come as a disappointment to public prosecutors, who had called for sentences of six to 12 years for the seven oldest of the accused and four to five and a half years for the two youngest.

Their defense lawyers had variously argued for acquittals, reduced sentences and for the case to be dropped.

At the opening of the trial, defense lawyers issued a joint statement saying the real cause of piracy in the region was political unrest in Somalia and over-fishing of its waters by Western nations.

In personal statements, the defendants appealed to the court for leniency, citing the humanitarian situation in Somalia. Millions in the wartorn country are threatened by acute food shortages and a lack of basic necessities.

"My home country has fallen apart," said one of the defendants through his interpreter. "I ask the judge to be fair."

The second to the last day of the trial, the defense lawyers declared that a case like this never should have been permitted to take place in Germany in the first place. "We are presuming here to apply law according to our German ideas on people whose living situations we cannot even begin to imagine," said Rainer Pohlen, the lawyer for the youngest defendant.

The court, however, disagreed, finding claims that the defendants had been coerced into the kidnappings to lack credibility. In the ruling, leading judge Bernd Steinmetz said the court had been "certain that all 10 defendants should be convicted." He said the pirates had hoped for a ransom payment of at least $1 million. Looking at the defendants, he said: "Each of you had been expecting a share, even if just a small one."

Representatives of German shipping companies supported the decision to try the Somali pirates in Hamburg. "Piracy is a crime, and criminals belong in court," Ralf Nagel, the head of the German shipowners' association (VDR). Nagel said that because the ship had German registry, the trial had to be held in Germany. 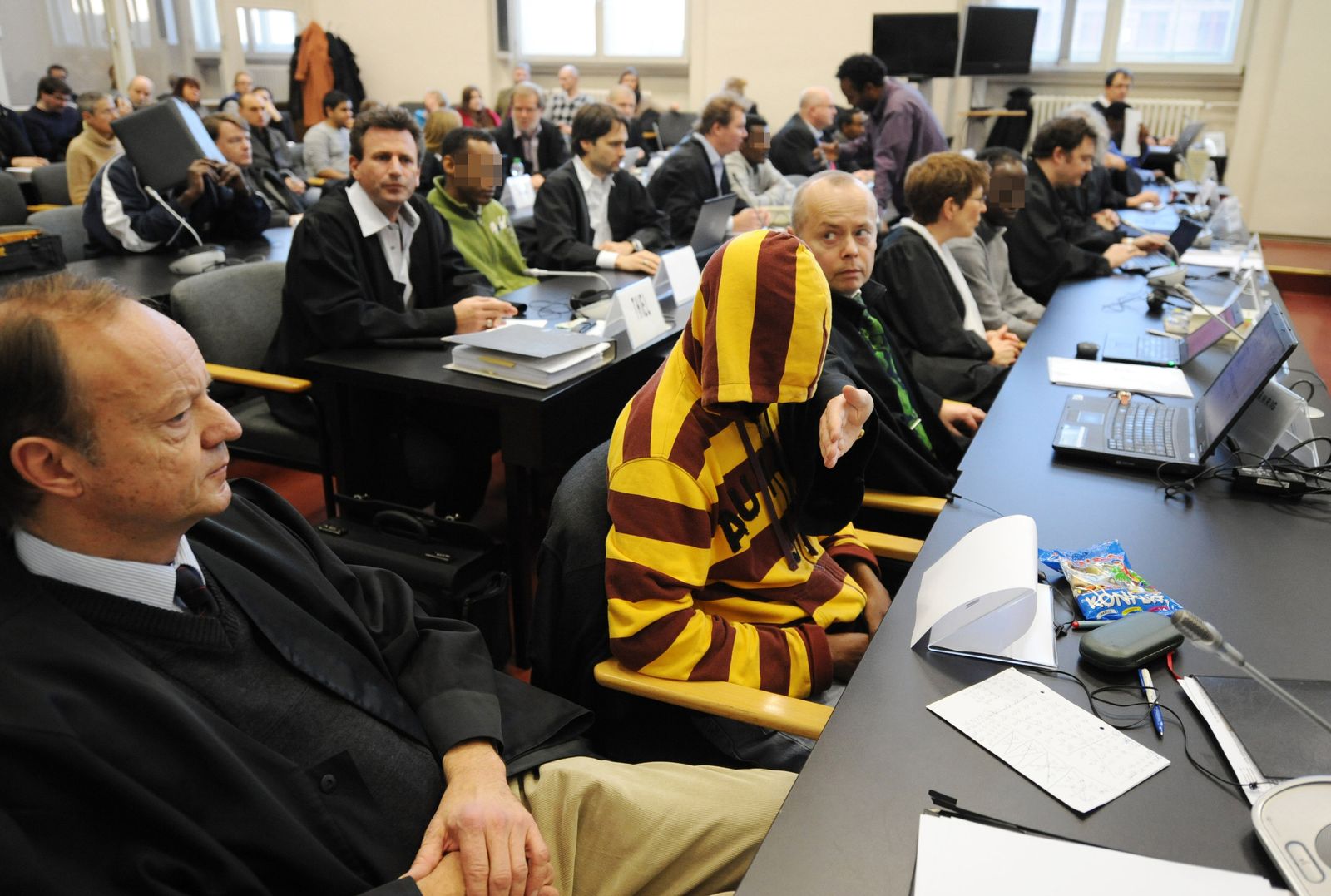 Lawyers argued that their clients had acted out of desperation