The maelstrom began earlier this week, when UBA specialists posted a 28-page paper about nanotechnology on their Web site -- a move that prompted a very vocal response. But officials at the agency feel they have been misunderstood. They claim the posting is neither a warning nor a new study -- it's just a background paper. "We haven't done any of our own research," UBA scientist Wolfgang Dubbert told SPIEGEL ONLINE. Dubbert is one of the authors of the paper, an updated version of a document published in 2006.

René Zimmer, an expert at the Independent Institute for Environmental Concerns (UfU), argues that the paper "really isn't new." He described it as a background paper that "is more or less a compilation of issues UBA had previously raised."

Nanotechnology, which is widely considered one of the most exciting technologies of the 21st century and, according to experts, will be worth trillions of euros globally by the year 2020, utilizes materials at an atomic or molecular level -- nano literally means "extremely small" in Greek. Such materials now have many commercial and scientific applications -- from providing extra UV protection and skin care in sun cream and cosmetics to helping clean graffiti off walls more efficiently to significantly advancing industry, health care and the military.

In fact, there are already countless products on the market that feature nano-technological innovations. They can be found in everything from sunscreen to ketchups and powdered sugar. They have also been used in enviromentally-friendly products such as a thermal-insulating paint.

Germany is one of the European leaders in this area. A report by Nanoforum, an online gateway for nanotechnology news funded by the European Community, reports that the German government support for the technology is strong and that, "between 1998 and 2004, the volume of projects funded in Germany quadrupled to around €120 million."

"We do not know how many products there are on the market that contain nano-particles," Wolfgang Dubbert a spokesperson for the UBA told German press agency DPA on Wednesday. And consumers can't really avoid them either. Apart from sunscreen, "the products on the shelves are not labeled" as containing nano-particles.

Still, Dubbert said he felt the discussion sparked after the update was heading in the wrong direction. "You can't just talk about the risks -- you also have to look at the opportunities," the researcher said. UBA estimates that 800 German companies are currently active in the field of nanotechnology. The new government currently being formed between Chancellor Angela Merkel's conservatives and the business-friendly Free Democrats are considering making their support for the nascent industry a priority for the next administration.

The paper, updated on Wednesday and named "Nanotechnology for Humans and the Environment: Increasing Chances, Minimizing Risks," certainly expresses plenty of reservations about nanotechnology. For example, the agency calls for a register of products that use nanotechnology as well as a recognizable consumer labelling indicating that a product contains nano-particles.

But the agency is cautious in its criticism and certainly not anything close to the near hysteria expressed by some respectable German newspapers. "In the opinion of many people in the industry, nanotechnology holds not only prospects for business, but also for improvements in environmental and health protection." They can also contribute to better efficiency. With the use of nanotechnology-optimized synthetics, the paper notes, the weight of cars and airplace could be reduced, thus helping save fuel. And because of their particularly long lifespan and greater efficiency, nanotechnology-optimized LEDs could help conserve energy.

"Nanotechnology has considerable and irrefutable potential to provide environmental relief, some of which is already being applied now," UfU expert Zimmer said. But criticism that has been carefully formulated by the UBA researchers remains part of the public perception.

"Through the increasing use of synthetic nanomaterials, one must assume their increased entry into the environmental media, including the soil, water and air," the experts write in the paper. "Up to now there has been a partial lack of testing methods appropriate for determining the risks of nano materials and for ensuring monitoring." The paper also states that too little research has been conducted on health risks.

In the press release accompanying its backgrounder, the UBA said, "although nanotechnology offers significant potential for ecological product innovation, there is also risk for the environment and to human health. There are still some serious gaps in knowledge. This suggests that there are plenty of possibilities for research and regulation."

There are programs in Germany seeking to determine the safety of nanotechnologies, including the Nanocare program funded by the Federal Education and Research Ministry, which produced data for 11 different nanomaterials over the summer. A second phase of the project just began. There are also programs like Nanonature, which is studying the eco-toxilogical effects of nanotechnology. And the Dana program comprises of a database that will compile all the results collected in these research projects.

"I don't have the feeling that we're neglecting the risk issues," said researcher Zimmer. "They are being taken very seriously."

But it could be years before these major research projects provide answers. For that reason, UBA's paper calls for a mandatory registration of products that contain nanotechnologies in order to "increase transparence." New EU directives require the registration of chemicals in products, and the same ought to be applied to nanoproducts, they argue. "So that people have the freedom of choice," the Federal Environmental Agency said, "we need to strive for a suitable labelling system that informs without suggesting a danger."

Germany's Green Party has welcomed the proposal. Party officials in parliament said nanotechnology presents a great economic opportunity, but warned the technology should only be used if the risks are recognized and controlled. The party called on the government to implement corresponding legislation. "Those who don't recognize and mitigate the risks are wasting the oppotunities these technologies represent," the party said in a statement. When asked about the prospects for labelling legislation, a spokesperson for the German Agricultural and Consumer Protection Ministry told SPIEGEL ONLINE: "Before we can introduce a register, we must first ensure there is no excessive bureaucratic complexity that would be a hindrance to doing business in Germany."

The debate over the UBA paper comes at the same time as a new report from Bonn University which indicates that the average German does not know enough about nanotechnology. Overall the thousand Germans polled by the university had a mostly positive impression of nanotechnology. "To them, nanotechnology appears to be a clever reproduction of what happens in nature anyway," Johannes Simons of the university told the GLP news agency. "Many consumers hope that nanotechnology might help to solve important problems in medicine or in the environment. Negative impressions -- like those associated with genetics or nuclear energy, for example -- are not the first thing that comes to mind."

Yet some studies have emerged that do appear to show nano-sized ingredients can be harmful. One, from the National Institute for Occupational Safety and Health in the United Kingdom, found that when mice inhaled carbon nano-tubes, they developed lung inflammations similar to those caused by asbestos. The lung inflammations did eventually subside. Another theory posits that nano-materials could have an impact on human DNA and more science-fiction-style scenarios involve the deadly military potential of items like the flexible amour and lightweight combat equipment being developed at Florida State University in the United States.

Generally, however, the feeling of most researchers has more to do with concern about lack of information on the subject, rather than outright fear and loathing. A balanced approach is required, they say.

For example, the authors of the study on the mice with inflamed lungs called for more transparency in the nanotechnology industry. In the recent past both the National Research Council in the US and the Royal Commission on Environmental Pollution in the UK have called for more research into the potential impacts of nanotechnology. Additionally the European Parliament has called for clearer regulations and policy on the issue -- though positions vary. While departments for environment and health want further precautions and would like to see mandatory labelling and a register of nanotech materials, the EU's departments for enterprise and industry prefer less specific legislation and fewer barriers to trade. 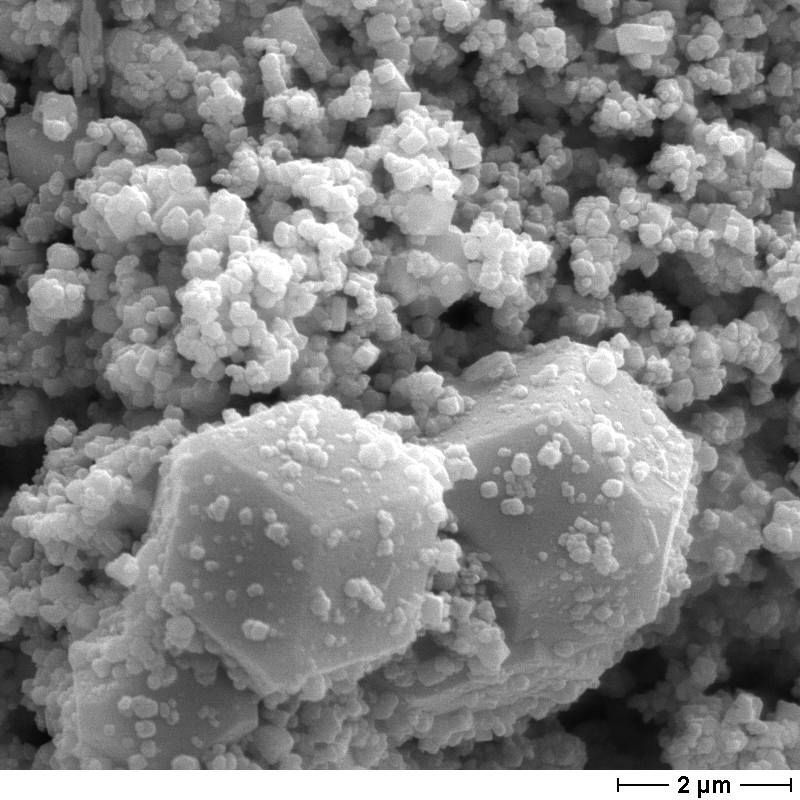 Environment Agency on nanoparticles: "At this time there is no reason for real fear."