The general election wasn't the only election in Germany on Sunday. In addition to choosing who they wanted to lead their country, voters in the state of Hesse also had to pick a state government. And the end result was essentially a mirror of the national election.

Chancellor Merkel's Christian Democrats (CDU), to be sure, did well, managing to come out on top with 38.3 percent of the votes, a modest increase over the party's result in 2009. Yet the state's CDU governor, Volker Bouffier, will nevertheless face difficulties in forming a stable government. His coalition partner, the Free Democrats, however, plunged from a record 16.2 percent in 2009 to barely sneaking over the five percent hurdle on Sunday, ending up with exactly 5.0 percent, according to the preliminary end result released on Sunday night.

Awkwardly for the CDU, however, the Social Democrats (SPD) showed vast improvement over its 2009 result, winning 30.7 percent of the vote on Sunday against just 23.7 percent last time state voters went to the polls. With the Greens coming in at 11.1 percent and the Left Party at 5.2 percent, that means that Bouffier will have to look for another coalition partner.

The question, though, is with whom? There is no love lost between the CDU and the Greens in Hesse, which would seem to preclude such an alliance. Furthermore, the CDU-Green coalitions tried before -- in Hamburg and Saarland -- both proved instable. And, if anything, the animosity between Bouffier and the SPD leader in Hesse, Thorsten Schäfer-Gümbel, is even greater. The SPD leader is also feeling strong, having vastly improved his party's result over 2009.

"This is a difficult result that nobody wished for," Schäfer-Gümbel told a Hesse radio station on Monday morning. "There won't be a quick solution."

In 2008, voters in Hesse returned a result similar to the one produced on Sunday. Then SPD leader in the state, Andrea Ypsilanti, sought to produce an SPD-Green coalition with the support of the Left. And failed miserably. The result was snap new elections which left the SPD on the outside looking in. Since then, Hesse has become a baseline of sorts in Germany when it comes to the kind of political disasters that are to be avoided.

In the end, though, the efforts to build a coalition in Frankfurt, the largest city in Hesse, will have little effect on Merkel's attempts to do the same in Berlin, even as the issues she and Bouffier face are similar. But the safe bet is that Merkel's coalition will stand long before there is a government in Hesse. 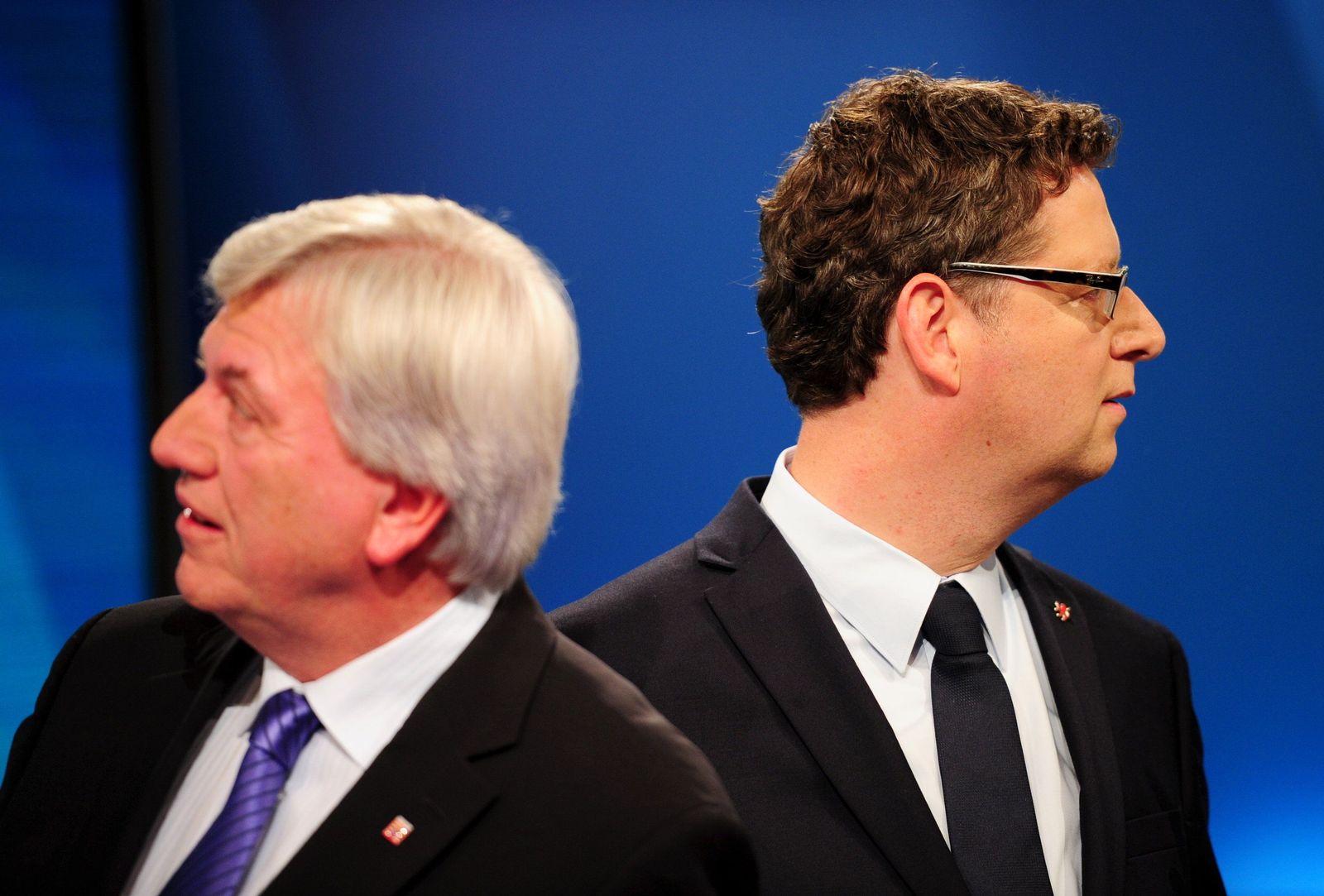 Hesse's Christian Democrat governor, Volker Bouffier (left), and his Social Democrat challenger Thorsten Schäfer-Gümbel, don't like each other much. 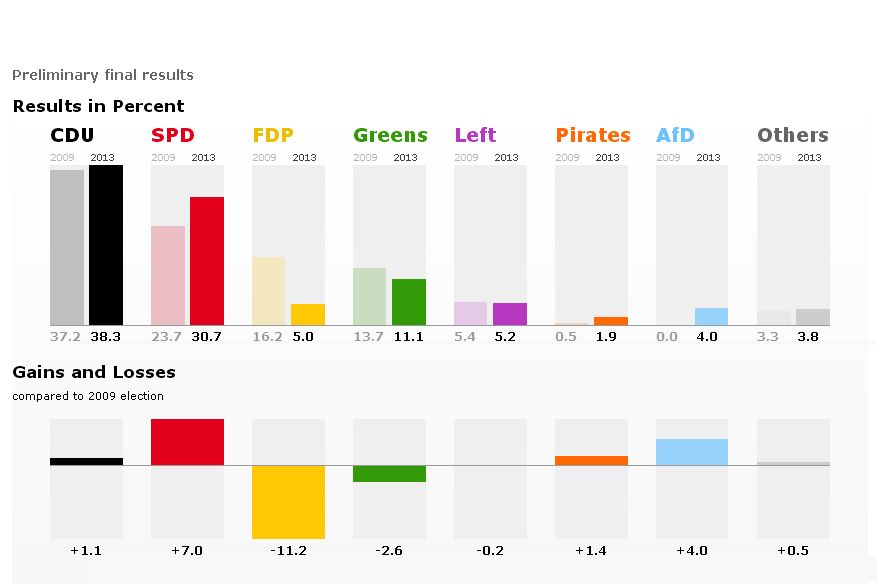