Germany's most productive tax inspectors work from an enormous new office block in the heart of Hamburg's HafenCity district. In a single year, the six employees here at the city-state's central customs office processed energy taxes amounting to €15 billion ($20 billion) -- or, more precisely, €14,976,199,324. In comparison, the figure corresponds to nearly a quarter of all revenue from taxes paid on consumer products in Germany.

This office owes its immense earning power to the fact that many major players in the oil industry -- such as Shell, Esso and RWE Dea, the gas and oil subsidiary of the German energy giant RWE -- have their headquarters in the northern port city, and all fall under the oversight of this single customs office.

By the 15th of every month, the companies must submit a form on which they record how many liters of various petroleum products they have sold and how much they owe in taxes on those products. They then have 55 days to transfer that amount to the customs office.

Angelika Schmiedeke, the division's director, is no stranger to large sums. "They're just numbers, whether it's €100,000 or €100 million," she says. Still, she and her colleagues choose to err on the side of caution when auditing these documents since, as Schmiedeke says, "three pairs of eyes are better than one."

Each year, her tax office collects almost €15 billion, or nearly twice as much as the entire city-state of Hamburg collects in its own taxes. Yet not a single cent of the fortune processed in the office stays in Hamburg. Rather, that sum goes straight into the federal coffers. The energy tax, which brings in around €40 billion each year, has become the third largest source of income for Germany's Finance Ministry in Berlin behind income tax and sales tax -- and those funds are made available to the federal government alone.

Tax authorities apply a set tax rate to every liter (quarter gallon) of fuel -- 47.40 cents for diesel fuel, for example, and 65.45 cents for gas -- which oil companies simply tag on to the price of their products. Germany's 19 percent sales tax is then levied on top of that amount. In other words, the government is actually charging a tax on a tax, which means the government also benefits as prices are driven up. In fact, owing to rising fuel prices, Berlin took in approximately €1.8 billion more in sales tax on oil products in 2011 than in the previous year.

When all is said and done, over half of the price of gas ends up in state coffers. In the case of premium gasoline, that amounts to around 90 cents per liter. Only the taxes on tobacco products are higher.

Germans pay more for fuel than most of their European neighbors. In Spain and Poland, for example, taxes per liter of premium gasoline are around 25 cents less than they are in Germany. For precisely this reason, German gas-station operators have considerably reduced the number of stations they run in areas of the country close to international borders.

Drivers in the United States pay even less: The energy tax there amounts to just 11 percent of the retail price. A liter of gas in the US costs the equivalent of roughly 72 euro cents, or not even half as much as in Germany.

In Germany, this source of tax revenue has been held in great esteem for generations. It was first introduced in 1879 as a so-called Petroleumszoll, or petroleum duty, an additional charge added to the price of heating oil. In 1930, as the country turned to automobiles on a massive scale, the German Reich began charging a fuel tax. The Federal Republic of Germany resumed that tradition in 1950, starting at the equivalent of roughly three euro cents per liter.

A generation on, at the time of Germany's reunification in 1990, that tax had already reached 30 cents and, in the following years, the country's growing need for capital was partially satisfied at the gas pump. By 1994, then-Finance Minister Theo Waigel -- a member of the Christian Social Union (CSU), the Bavarian sister party of Chancellor Angela Merkel's center-right Christian Democratic Union (CDU) -- boosted the fuel tax on premium gasoline by a total of 20 cents.

Gerhard Schröder, of the center-left Social Democratic Party (SPD), and his government were responsible for the next price increase. From 1999 to 2003, then-Chancellor Schröder's governing coalition, made up of the SPD and Green Party, gradually added another 15 cents to the levy, dubbing the move "environmental tax reform."

However, rather than going to environmental-conservation efforts, for example, those additional tax funds were channeled into Germany's social security system. At the time, the government's rationale for doing so was that it would have had to increase the amount of people's earnings levied for pension contributions by 1.7 percent if it didn't have the environmental tax.

In 2006, taxation on all fossil fuels was combined into a single energy tax. At the time, Rainer Brüderle -- the current parliamentary group leader of the business-friendly Free Democratic Party (FDP), the current junior partner in the ruling coalition -- ranted that the environmental tax should be "repealed as soon as possible" and declared that the "real oil sheiks are in Berlin." But a few years, when Brüderle was chosen to become Merkel's economics minister, that outrage seemed to vanish. 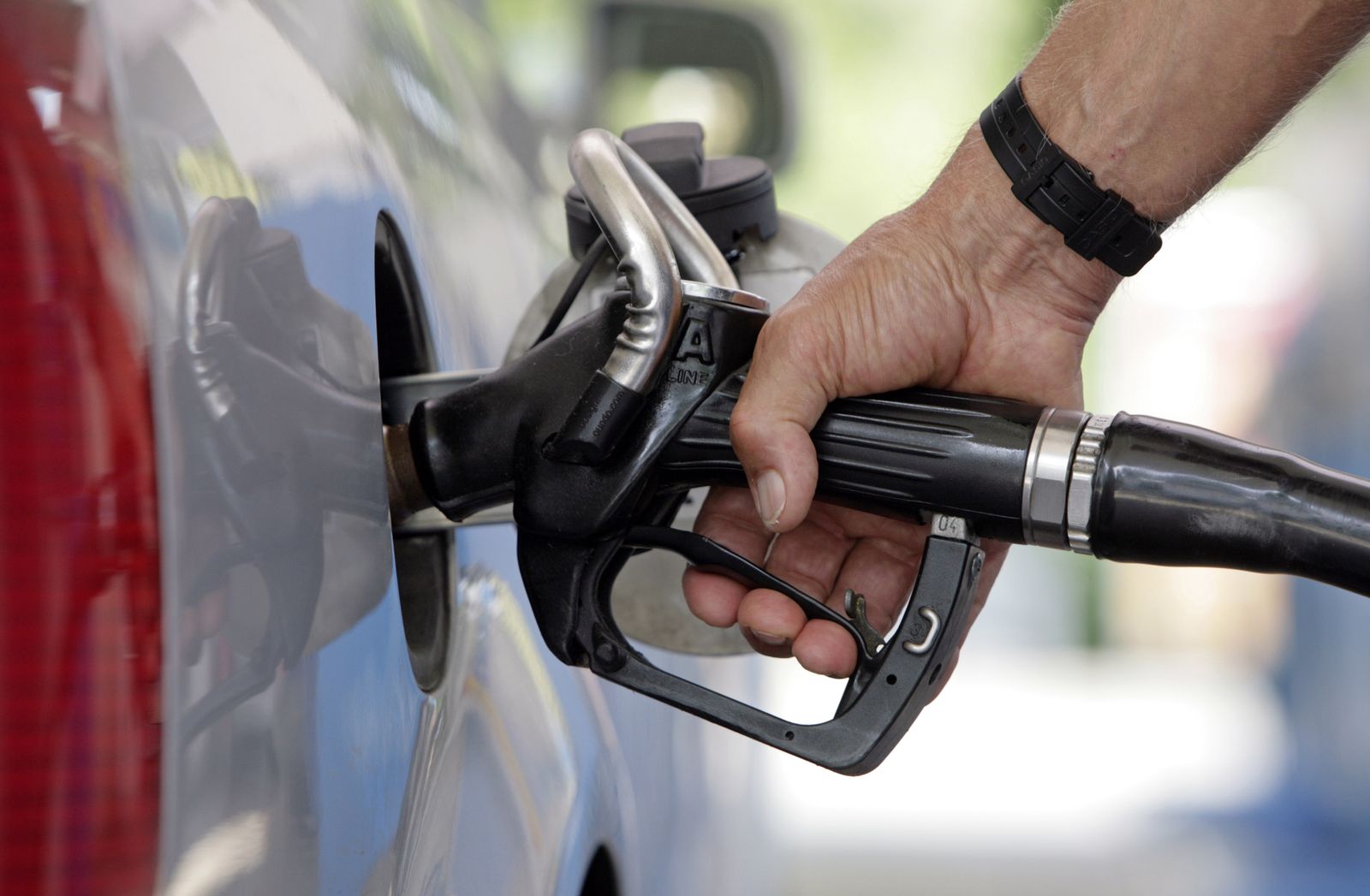 Over half of what Germans pay for gas goes to the federal government.