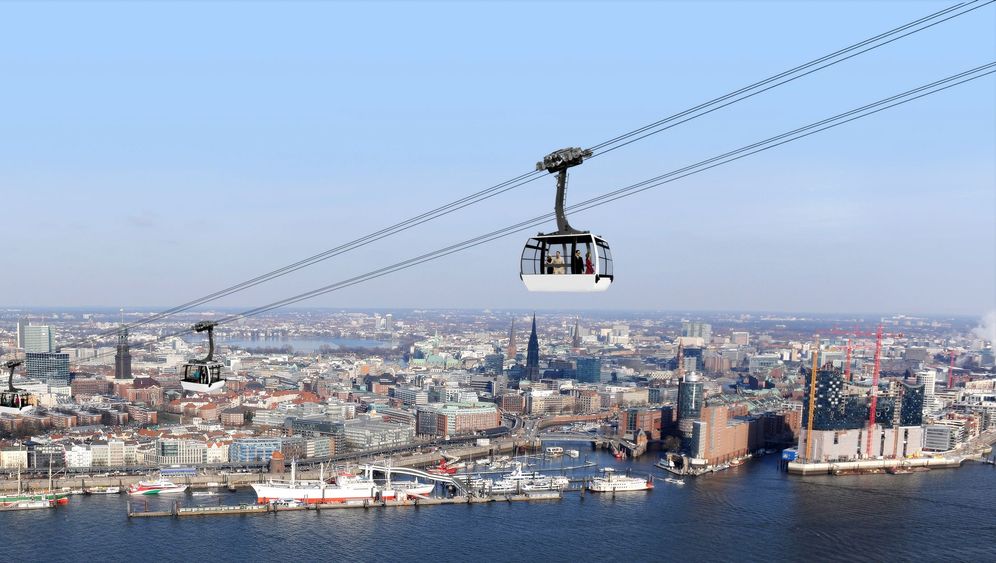 Photo Gallery: Over Hamburg on a Cable Car

If Hamburg officials give the project a green light, the northern city-state might get a cable car connecting its famed St. Pauli entertainment district -- home to the Reeperbahn red-light district -- with the site of the International Garden Show (IGS) in its Wilhelmsburg district. The spectacular project over the Elbe River is being planned by the Doppelmayr cable car company and musical-production company Stage Entertainment, according to the Hamburger Abendblatt newspaper.

The cable car's 5.2-kilometer (3.2-mile) proposed route would go over the city's port, Europe's second-busiest after Rotterdam. Each company would invest €50 million ($70 million) into the cable car, which would enter into service in early 2013. The IGS -- whose theme that year will be "In 80 Gardens around the World" -- runs from April 26 to October 13, 2013.

The trip would last 18 minutes. A station is also planned at its mid-point, the city theater where the "Lion King" musical has been showing for nearly a decade. The cable car's highest support structure would be 120 meters (393 feet) high. It is initially intended to run for 5-10 years. Fare prices have not yet been set.

Johannes Mock-O'Hara, Stage Entertainment's managing director for Germany, told the Hamburger Abendblatt that the project would allow people to see many of the city's most beautiful sites while traveling in an eco-friendly manner.

Around 2.5 million people are expected to attend the garden show.

8 Bilder Photo Gallery: Over Hamburg on a Cable Car 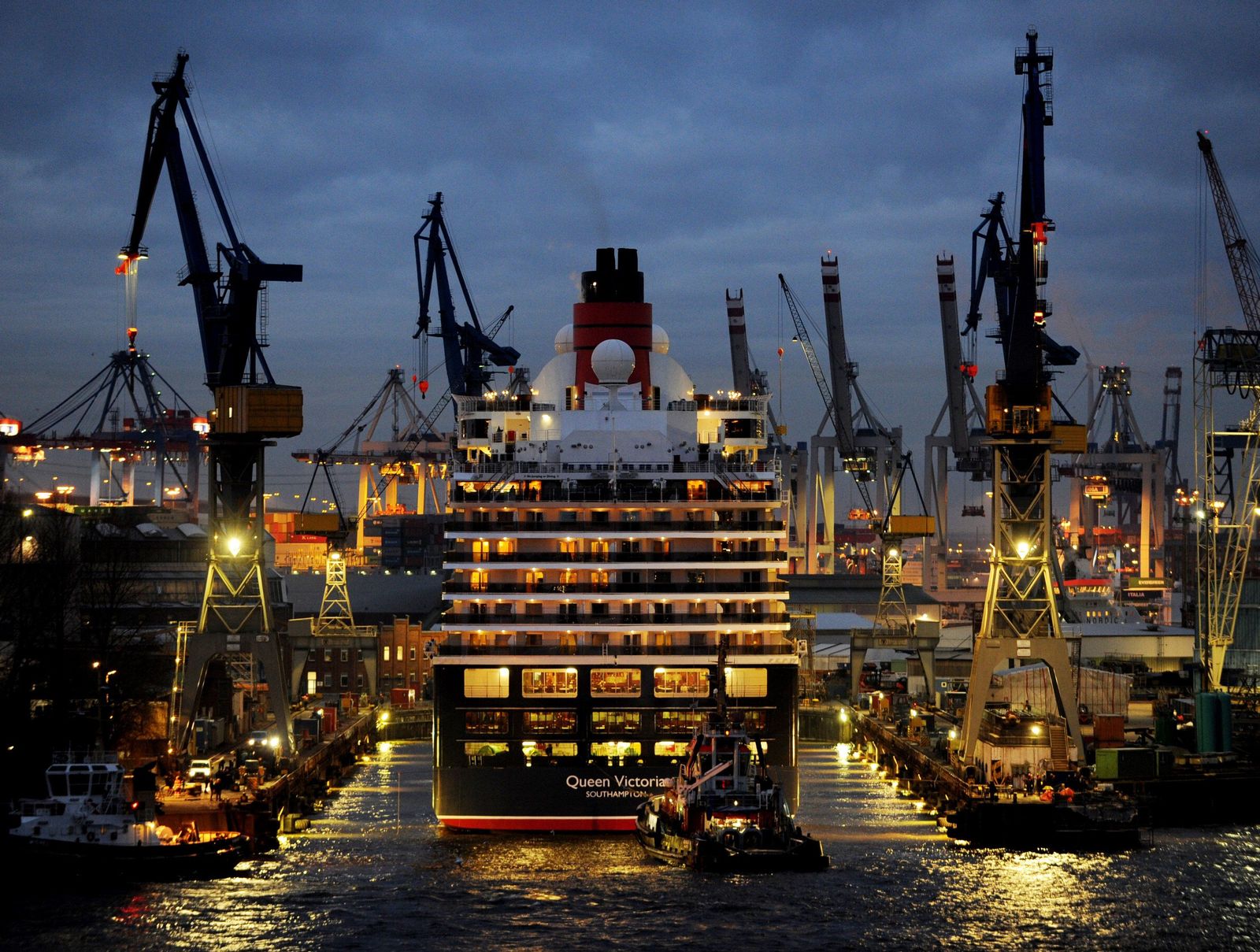 The route is planned through a large portion of the city's industrial port area. 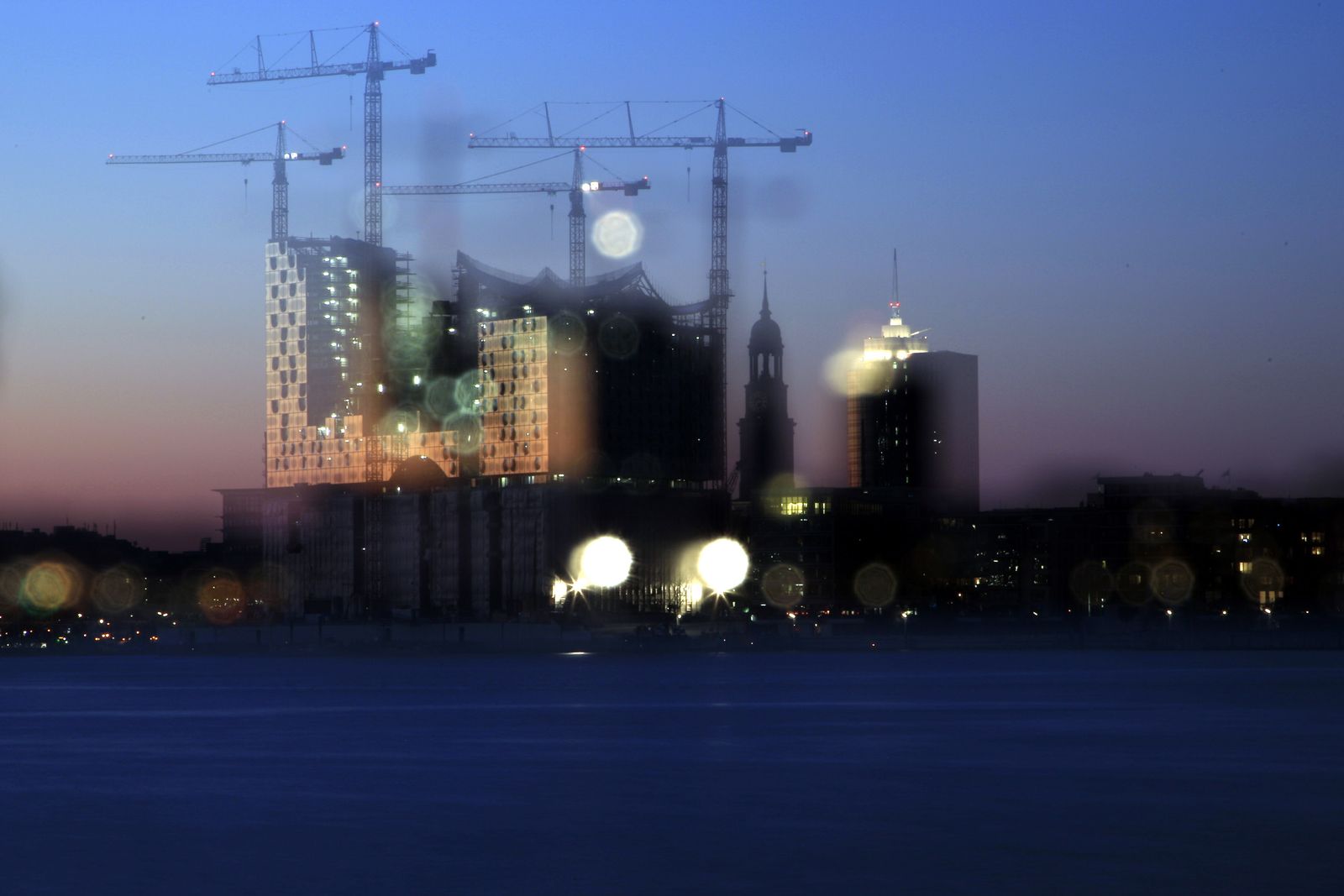 The costs would be enormous. But -- like the philharmonic building -- advocates say the cable car would be a beautiful addition to the city.