German historian Moritz Pfeiffer broke new ground this year with a book analyzing why his grandparents supported the Nazi regime, based on an interview with his grandfather and systematic fact-checking of his statements.

His approach was unprecedented. The roles played by parents and grandparents during the Nazi era have been a taboo subject in many German families.

In the book, "My Grandfather in the War 1939-1945," published in March, Pfeiffer said his grandparents had suffered the same "moral insanity" that gripped many Germans of their generation -- an emotional coldness, a lack of self-criticism and a "strong deficit of moral judgment."

He said he hoped others of his generation would follow suit and start questioning relatives of that generation before the Third Reich passes out of living memory.

Judging by the reaction to his book in recent months, that call has fallen on deaf ears as far as younger Germans are concerned. But it has struck a chord with older people born during or shortly after the war, many of whom feel that they were left in the dark about what their parents did and thought, Pfeiffer told SPIEGEL ONLINE.

Of the hundreds of people who have attended his book readings this year, the majority has been aged 50 to 70.

"At each of my readings, people from that generation said they weren't told anything by their parents," said Pfeiffer, a historian at a museum on the SS at Wewelsburg Castle. "Family life was marked by silence, evasion and suppression relating to the experiences during the 1933-1945 period. In addition, people told me they regretted not having learned much about it in school either."

Conversely, younger generations, the grandchildren and great-grandchildren, have been taught extensively about the Holocaust and Nazism in school, through television documentaries, public memorial services and the Internet, said Pfeiffer. But while they are well-informed, they see it as an abstract event unconnected with their own personal family history -- even though millions of Germans knew about the Holocaust while it was happening.

"My book appears to be addressing a sore point for the children's generation while the grandchildren don't appear to see or want to see the link between their own families and National Socialism, or simply regard the issue as irrelevant," said Pfeiffer.

He believes that conversations with grandparents offer an important and gradually lapsing opportunity to understand how ordinary people fell for Hitler. German families are at risk of letting that chance slip by, he said, even though people who were adults in the 1933-45 period, many of whom were now confined to retirement homes and hospices, were starting to break their silence.

"Put bluntly, the eyewitnesses want to talk, but no one's listening to them anymore," said Pfeiffer. "I think it's a natural human reaction to reflect on one's life as it draws to a close. Youth and young adulthood are especially important chapters of life. And the generation now sitting in retirement homes witnessed extreme things at that age. War, the danger of death, air raids, maybe becoming refugees, seeing their lives collapse and having to make a completely fresh start.

"Added to that of course came the debate about the German crimes, the long-suppressed question of what they knew themselves or what they shared responsibility for."

This late urge to reminisce didn't necessarily stem from any desire to express guilt or collective responsibility, he added.

His own grandfather, Hans Hermann K., who was a career officer in a Wehrmacht infantry regiment and fought in France, Poland and the Soviet Union, had said he didn't feel he shared any of the collective guilt for the Holocaust.

In the book, Pfeiffer writes that he found his grandfather's indifference to the suffering of the Polish population, 6 million of whom died in the war, "staggering."

During the course of his research, Pfeiffer found gaps and contradictions in Hans Hermann's testimony -- regarding his purported ignorance of mass executions of civilians, for example. Both his grandfather and grandmother died in 2006.

Pfeiffer said most of the 100 letters and emails he had received in response to his book were positive. "I was always very pleased when readers recognized that my love for my grandparents wasn't thrown in any doubt by my research and the findings," said Pfeiffer. "On the other hand, negative responses accusing me of a kind of family treachery angered and hurt me."

He said he had received many requests for help in researching family history. "The most direct sources can be found in the family home, perhaps in the attic or on shelves: old photo albums, letters from the front, diaries etc.," said Pfeiffer.

In addition, archives across Germany such as the Bundesarchiv national archive in Berlin and the military archive in Freiburg contained official documents such as personnel files, official correspondence and military files that could throw light on family history.

One can also file a search request with the Deutsche Dienststelle, an agency that keeps records of members of the former German Wehrmacht killed in action or taken prisoner, said Pfeiffer.

Desire to be 'Normal'

He said he also received letters from people telling him about their own relatives. Some responses from Germans who had emigrated revealed a revisionist view of Nazi history, he said. "For example I was accused of not addressing Allied war crimes and having fallen for a one-sided view of history written by the victorious powers."

Today, many young Germans would prefer to forget the era and rightly feel there is no need for them to feel any personal sense of guilt, he said.

"I think young people are in a very complex situation. In contrast to the mentality of silence and suppression of the post-war years they are confronted with the 1933-45 period qute extensively in their private lives and public life. I think there's a big desire to be 'normal.'" 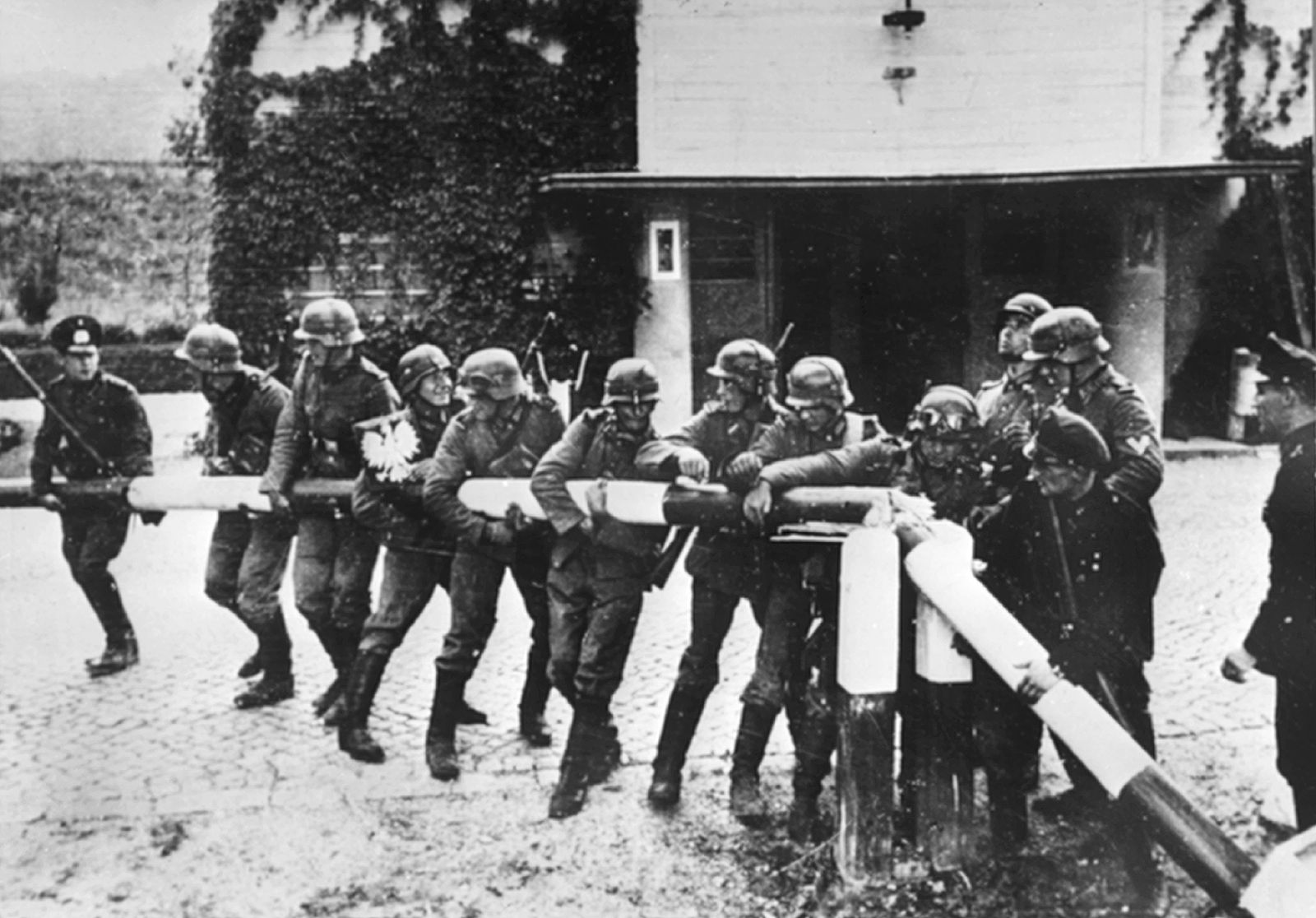 German soldiers tear down a barrier on the border with Poland on the first day of World War II.