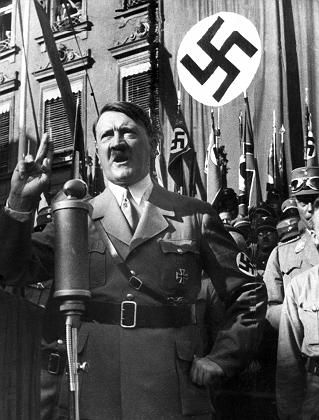 Hitler's defeat was imminent when the massacre took place.

A row has broken out among historians about one of the most spectacular Nazi crimes committed in Austria. On the night of March 24 to March 25, 1945, some 200 Hungarian Jews were murdered in the Austrian town of Rechnitz near the Austro-Hungarian border. The bodies of the victims still haven't been found.

The Frankfurter Allgemeine Zeitung newspaper last week published an essay by British journalist David Litchfield in which he claims that several guests at a party held by Countess Margit von Batthyany, born Thyssen-Bornemisza, in Schloss Rechnitz castle were offered the chance to murder the Jews as an "additional entertainment" laid on by local Nazi party chief Franz Podezin. The guests accepted the offer, Litchfield wrote.

Winfried Garscha of the respected Documentation Centre of Austrian Resistance: "It was indisputably a mass murder but it didn't arise from a party whim. People incapable of marching were murdered everywhere at the time." 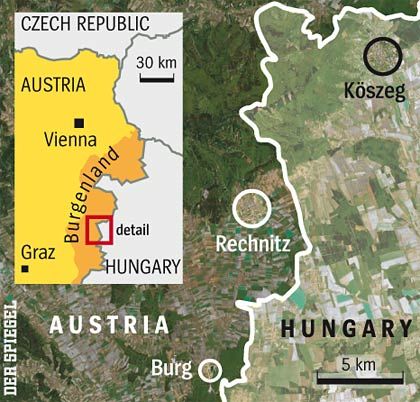 The murdered Hungarian Jews were forced laborers en route from Hungary to Austria to build fortifications against the advancing Red Army. But they were too sick and weak to carry on.

Garscha said that according to documents from an official investigation into the case after the war, the victims were among thousands of Hungarian Jews who were forced to work on the "Southeast Wall" fortifications along the Austro-Hungarian border from autumn 1944 onwards.

On March 24 a train brought 600 of these forced laborers from the town of Köszeg in neighboring Hungary to the town of Burg in the Burgenland region of Austria. Some 30 percent of them were sick and weak and were transported to Rechnitz where they arrived in the early evening.

Meanwhile the countess was making the final arrangements for her "followers' festival" which started at 9 p.m. The advancing Soviet Red Army was close to Rechnitz. It wasn't unusual for Nazi officials to hold raucous parties before the impending defeat.

The killing of the Hungarian Jews in Rechnitz had already been decided before the party began, according to the investigation by public prosecutors after 1945 which cited testimony from one of the accused men.

In addition, the driver who was to take the victims to their execution had been ordered for 9 p.m. At 10 p.m. other forced laborers were taken to dig mass graves. Across the German Reich, Jewish prisoners were being driven westwards by their captors who were fleeing Soviet forces. Those incapable of carrying on were killed. The killings at Rechnitz fit in with that pattern.

When the preparations for the executions had been made, at around 11 p.m., local Nazi party chief Podezin gathered a group of loyal Nazis who were at the party and ordered them to drive with him to a barn and kill the Jewish prisoners, according to the investigators. His orders were carried out.

Litchfield's version can only be explained by speculation that those accused of the massacre were lying when they said Podezin had ordered them to commit the atrocity -- by way of covering up the alleged connection to the party. Podezin disappeared in 1945 -- presumably with the help of the countess. The bodies of the victims were apparently buried by 18 other Jewish prisoners who were themselves murdered the following evening.

The case has been a political issue in Austria for decades because many Rechnitz residents boycotted the investigation. One withness was even murdered in 1946, and other witnesses died in mysterious accidents. In the meantime a commemorative society called Refugius has been established in Rechnitz. Its head, Paul Gulda, suspects that Litchfield wanted to attract attention with his sensational version of events.