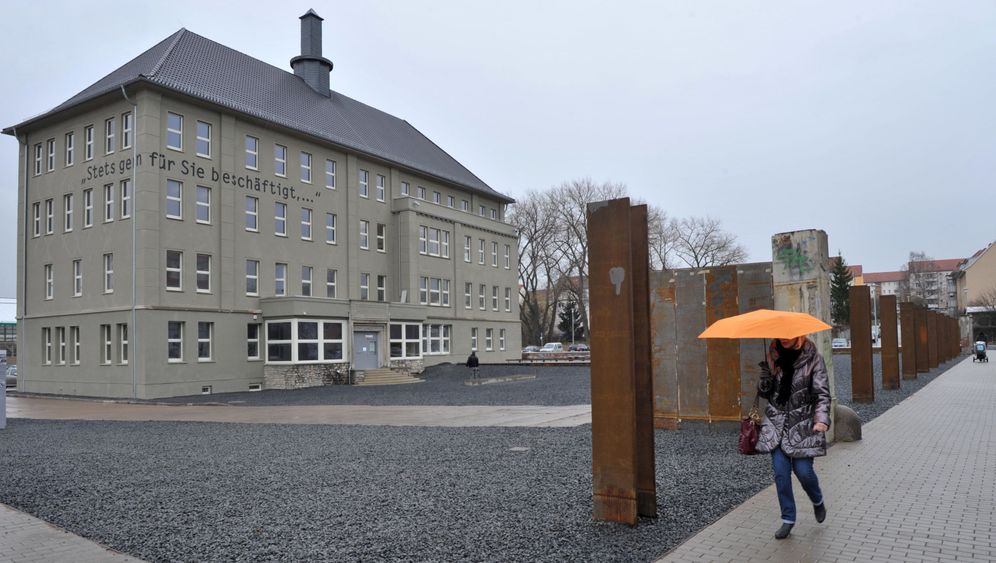 For years, the site was little more than a typical industrial ruin -- the kind of modernist decay that became synonymous with Eastern Europe after the collapse of communism. The crumbling buildings just outside the city center of Erfurt were fenced off and left to the squatters who made the complex their home.

But ever since the company which owned the plant went bankrupt in 1994, historians have had their eyes on the location. Its history, after all, is intimately tied with the darkest chapter of Germany's past. The factory once belonged to Topf & Söhne, the company which supplied the Nazis with the ovens used at Auschwitz and other death camps to cremate Holocaust victims.

And on Thursday, after years of planning, a memorial exhibit in the former administration building opened its doors -- just in time for Jan. 27, Holocaust Remembrance Day.

"Nowhere else in Europe is the involvement of industry in the Nazis' machinery of death as visible as it is in the company in Erfurt," Rikola-Gunnar Lüttgenau told the German news agency DPA on Tuesday.

The exhibit describes how Topf & Söhne, which began life in 1878 as a specialist for industrial ovens, brewing equipment and chimneys, soon became a leading manufacturer of crematoriums. The SS first commissioned crematorium ovens from the company in 1939 for concentration camps in Dachau, Buchenwald and Flossenbürg.

Once the Nazis embarked on the systematic mass murder of Jews, Gypsies and others, however, the SS needed much greater capacity. Soon, Topf & Söhne engineers set to work calculating the most efficient method to burn thousands of dead bodies. In 1942, company engineer Fritz Sander applied for a patent for a "continually operating corpse incinerator for mass use."

The company also designed ventilation systems to pump poison gas out of the gas chambers once the killing was complete -- and Topf & Söhne employees visited Auschwitz and other camps to help install their products. Ultimately, the company equipped Auschwitz with ovens capable of incinerating 8,000 bodies each day.

'Always Glad to Serve You'

Topf & Söhne's complicity with the Holocaust was largely ignored and then forgotten following World War II. CEO Ludwig Topf committed suicide once the war ended and several employees, including Sander, were arrested by the Soviets and sentenced to 25 years of hard labor. It was only in the mid-1990s that interest in the company's World War II activities began to gain momentum. Ultimately the state government of Thuringia and the federal government in Berlin provided €600,000 for the creation of a memorial on the site.

Documents now on display in the newly refurbished factory administration building clearly illustrate the pride the company took in the services it provided to the Nazi killing machine. Original drawings are part of the exhibition as are drafting tables where the ovens were designed.

Hundreds of urns made by Topf & Söhne to hold the ashes of deceased Buchenwald inmates are also presented. The urns were found in 1997 during work on the roof of the crematorium at the Buchenwald concentration camp memorial. Early in the Nazis' reign of terror, ashes of deceased concentration camp prisoners were sent back to their home towns for burial. Later, the ashes were stored on site. Once the Holocaust got under way in earnest, however, the ashes were simply dispersed or buried.

Visitors to the new exhibition are greeted with the sentence: "Always glad to serve you." It was taken from a letter from Topf & Söhne to the management of the Auschwitz death camp.