The last surviving member of Hitler's entourage in the Führerbunker has passed away. Rochus Misch, who worked as Hitler's bodyguard, died on Friday, Sept. 6 at the age of 96, in his home in the Rüdow section of Berlin.

In various interviews and a book he wrote in 2008, Misch has recalled witnessing, among other scenes in the bunker, Magda Goebels poisoning her six children with the help of Hitler's doctor, and colleagues carrying away Hitler's dead body. In a 2007 interview with SPIEGEL, he said she felt a cold chill when he first met Hitler: "He wasn't a monster, he wasn't an Übermensch, he stood opposite me like a perfectly normal gentleman, and spoke kind words."

Born in 1917 in Oppeln, in what is now Poland, Misch lost his parents at a very young age. Growing up with his grandparents, he worked as a painter before voluntarily joining the SS-Verfügungstruppe -- SS Dispositional Troops, which later turned into the infamous Waffen-SS -- at the age of twenty. After getting badly injured on the Eastern Front in 1939, Misch received a military award and was taken into the special unit of bodyguards assigned to Hitler.

When not protecting the Führer, Misch served as Hitler's telephone operator, and after the defeat of the Battle of the Bulge in early 1945, moved, along with Hitler and his staff, into the Führerbunker in Berlin. He stayed there for the final months of the World War II.

In his book and in interviews, Misch recalled the moment staff members heard a gun shot in the bunker on April 30, 1945. When they went searching for the source of the sound, they discovered Hitler had committed suicide. Misch also recalls seeing the body of Eva Braun: "Her knees pulled up to her chest, she had a dark-blue dress with a white frill on her collar," he told SPIEGEL.

Misch fled the bunker mere hours before it was taken by Allied forces. While on the run, he was captured by Soviet soldiers, and then brought to Moscow where he was questioned and tortured. He spent the next eight years of his life in various forced labor camps around the Soviet Union.

Life After the War

Upon his release, the former bodyguard moved back to Berlin, where he ended up owning a painting business and living with his wife and child in a home in the south of the city.

After the release of "Downfall," the 2004 film about the Führer's last days -- in which Misch was played by German actor Heinrich Schmieder -- he was interviewed by the French journalist Nicolas Bourcier, who later wrote a book about him. In 2008, Misch published a memoir of his own, "The Last Witness," in which he claimed not to have become aware of the full horrors of the Nazi regime until after the war.

Misch's neighbors say that they witnessed the growing popularity of the former bodyguard over the years. "People from New Zealand and from Japan came here to ask for signatures," one neighbor, who asked not to be identified, tells SPIEGEL ONLINE. "Packages and postcards from all over the world were sent to his house, to show Misch how they supported him." Misch, the neighbour says, kept some of those gifts to decorate his house.

For years, Misch would answer his fan mail and send signatures back. Some websites had forums where people shared tips on how to get his signature -- the older Misch became, the more popular he was. Today, a signed picture of him costs about $50 (€38) on Ebay. After today, that price is likely to go up. 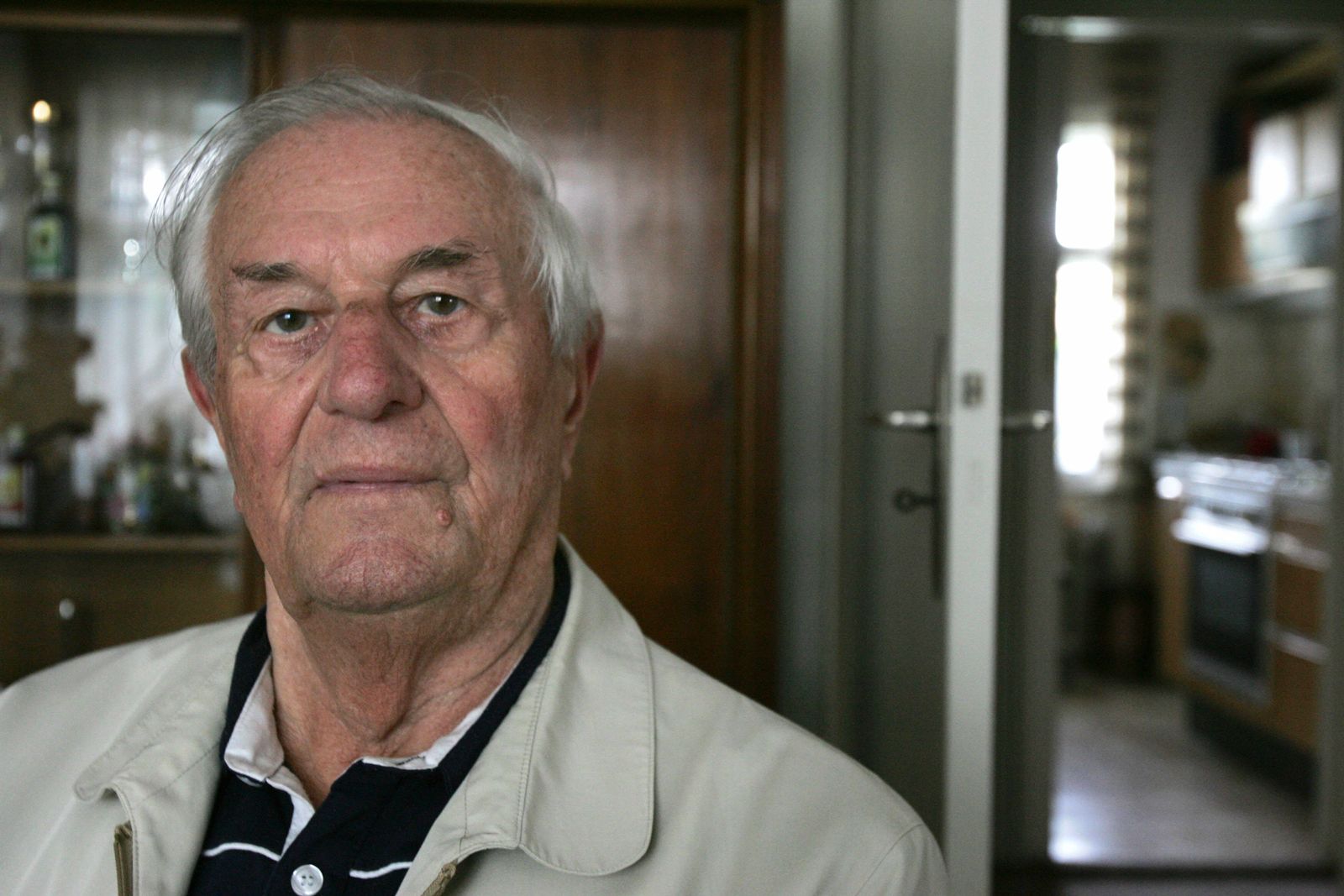