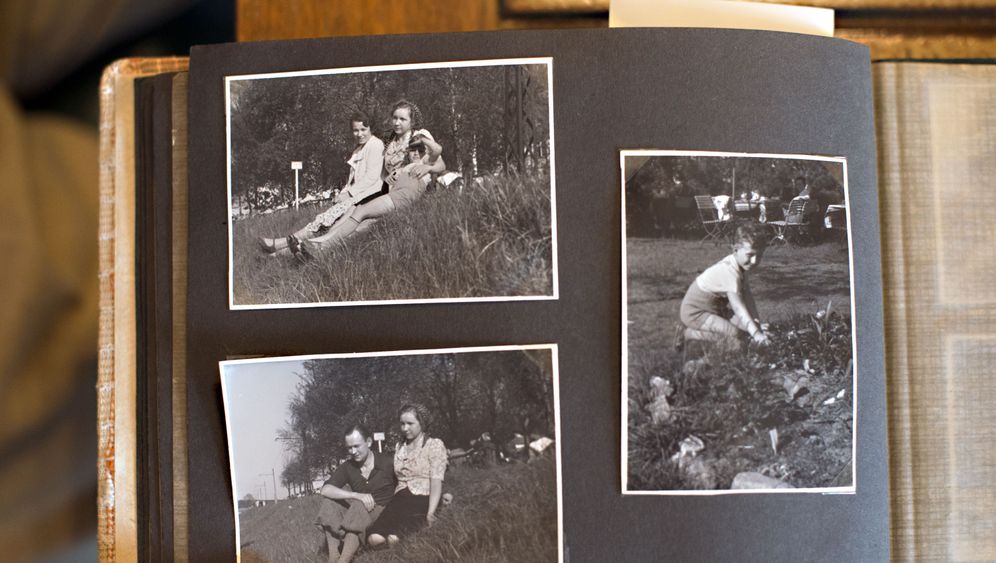 Photo Gallery: The Woman Who Tasted Hitler's Food for Poison

It might have been something as simple as a portion of white asparagus. Peeled, steamed and served with a delicious sauce, as Germans traditionally eat it. And with real butter, a scarcity in wartime. While the rest of the country struggled to get even coffee, or had to spread margarine diluted with flour on their bread, Margot Wölk could have savored the expensive vegetable dish -- if not for the fear of dying, that is. Wölk was one of 15 young women who were forced to taste Nazi leader Adolf Hitler's food for some two and a half years during World War II.

The 24-year-old secretary had fled from her parents' bombed-out Berlin apartment in the winter of 1941, traveling to her mother-in-law's home in the East Prussian village of Gross-Partsch, now Parcz, Poland. It was an idyllic, green setting, and she lived in a house with a large garden. But less than three kilometers (1.9 miles) away was the location that Hitler had chosen for his Eastern Front headquarters -- the Wolf's Lair.

"The mayor of the little nest was an old Nazi," says Wölk. "I'd hardly arrived when the SS showed up at the door and demanded, 'Come with us!'"

Sitting in the same apartment in Berlin's Schmargendorf area where she was born 95 years ago, she carefully eats tiny pieces of crumb cake from a silver fork. "Delicious," she says. Wölk has learned to enjoy food again, but it wasn't easy.

Hitler's thugs brought her and the other young women to barracks in nearby Krausendorf, where cooks prepared the food for the Wolf's Lair in a two-story building. The service personnel filled platters with vegetables, sauces, noodle dishes and exotic fruits, placing them in a room with a large wooden table, where the food had to be tasted. "There was never meat because Hitler was a vegetarian," Wölk recalls. "The food was good -- very good. But we couldn't enjoy it."

Trapped at the Wolf's Lair

There were rumors that the Allies had plans to poison Hitler. After the women confirmed that the food was safe, members of the SS brought it to the main headquarters in crates. Each morning at 8 a.m., Wölk was rousted from bed by the SS, who shouted "Margot, get up!" from beneath her window. She was only needed if Hitler was actually at the Wolf's Lair, though she never actually saw him.

Thus a young woman who had refused to join the League of German Girls (BDM), the girl's version of Hitler Youth, and whose father had been hauled off for refusing to join the Nazi party, became Hitler's helper. Each day, her life was on the line for a man she deeply despised.

Flight, however, was not an option. Allied bombs had damaged her Schmargendorf apartment, which stood in knee-deep water. Her husband Karl was at war, though having heard nothing from him in two years, she had long since assumed he was dead. "Where was I supposed to go?" she asks. At least in Gross-Partsch she had her mother-in-law and her own bed.

Then July 20, 1944 arrived. A few soldiers had invited women from the area to a film showing in a tent near the headquarters, when Colonel Claus von Stauffenberg's bomb exploded. "The explosion ripped us off the wooden benches," Wölk says. Then someone yelled, "Hitler is dead!" But the assassination plot had failed. "He walked away with a few bruises," Wölk says dryly.

After that, the Nazis tightened security around the Wolf's Lair, and the tasters were no longer allowed to live at home. Instead, they were boarded in an empty school nearby. "We were guarded like caged animals," Wölk says.

Then one night an SS officer used a ladder to get into the room where she was sleeping and raped her. She says that she remained silent during the attack. "The old pig," Wölk says, adding that she had never felt so helpless. "The next morning the ladder was still lying in front of the building." She remains quiet and matter-of-fact, saying it's important to her that her story be taken seriously.

When the Soviet army was just a few kilometers away from reaching the Wolf's Lair, a lieutenant took her aside and told her, "Go, get out of here!" He put her on a train to Berlin, and it saved her life. After the war she saw him again there, and he told her that all of the other food tasters had been shot by Soviet soldiers.

Her life was saved a second time by a Berlin doctor who took her in after she fled the Wolf's Lair. When SS soldiers showed up at his practice searching for the fugitive, he lied to them and they left.

As she returned to Schmargendorf, however, she fell into the hands of the Soviet army. For two weeks, they raped her repeatedly, inflicting such brutal injuries that she was never able to bear children. She pauses at the painful memory. "I was so desperate," the 95-year-old whispers. "I didn't want to live anymore."

It wasn't until she was reunited with her husband Karl in 1946 that she began to have hope again, Wölk says. He was marked by years of war and imprisonment, but she nursed him back to health, and the couple spent another 34 happy years together.

Wölk smiles when she thinks of her husband. After all of her experiences, she is not a bitter woman. Quite the contrary, in fact. She's dressed up in a royal blue sweater and a necklace of wooden beads. She's also put on makeup, or "painted herself," as she calls it. Despite the past, she says she has always tried to be happy. "I didn't lose my humor," she says. "Though it got more sarcastic."

Instead, she decided not to take it all too seriously. "That was always my trick to survival," she says.

But for a long time, Wölk didn't want to even think about what happened in Gross-Partsch, much less discuss it. The experience came to her often in dreams, however. It wasn't until this winter, when a local journalist paid her a visit for her 95th birthday and began asking questions, that she spoke about what she calls the worst years of her life. At that moment, she suddenly decided to break her silence. "I just wanted to say what happened there," she says. "That Hitler was a really repugnant man. And a pig."