Germany's concentration camp memorials have long been government-funded sites with a public duty to teach visitors about the Holocaust and, until recently, it was unthinkable that they would ask for an entrance fee.

But on June 1, Sachsenhausen, a concentration camp 30 kilometers (19 miles) north of Berlin where tens of thousands of people were killed during the Nazi period, began charging €1 ($1.43) per head for all members of commercially-organized tour groups. The decision has been criticized by politicians and tour organizers, and other major concentration camps have hurriedly said they have no plans to follow suit.

"Visiting memorial sites must remain free of charge," Reiner Deutschmann, the cultural policy spokesman for the Free Democratic Party, which is part of Chancellor Angela Merkel's coalition government, said in a statement on Tuesday. "The management of the concentration camp memorial site Sachsenhausen shouldn't challenge this decades-old consensus and should immediately scrap the recently introduced charge."

But the director of the memorial site, Professor Günter Morsch, defended the levy on Tuesday, saying it had been unanimously approved by the site's advisory and supervisory boards, which include representatives of victims' associations, the national and regional governments, and the Central Council of Jews in Germany.

Morsch told SPIEGEL ONLINE that access to the site remained free to all school groups, individual visitors, survivors and their descendants, and that it would apply only to commercial tours.

He denied that the €1 euro charge amounted to an entrance fee and said the additional income raised from it -- estimated at €20,000 to €30,000 per year -- would be exclusively used to increase the availability of tours offered by the site itself.

"This is a public place financed by the taxpayer, and commercial firms are coming in and earning hundreds of thousands of euros here," Morsch said. "We want to expand our own much better service to visitors to give more people the opportunity to take part in our own tours."

At present, Sachsenhausen has four full employees on its teaching staff and a group of 15 to 20 freelance guides, Morsch said, adding that the extra income was already enabling the site to increase its own tours, which cost €15 per group up to 15 people plus an additional €25 for foreign-language tours.

"We've had a lot of complaints about these external guides," Morsch said. "The one aspect we can't accept is that many simply ignore the subsequent history of the camp as a Soviet special camp, which has led to justified protests from victims' organizations. The other aspect is that some guides try to fulfill visitors' expectations that Sachsenhausen is a kind of Auschwitz and conduct their tours accordingly."

Unlike Auschwitz, Sachsenhausen was not a camp designed for the mass extermination of its prisoners, despite the horrific death toll from starvation, forced labor, disease and targeted killings. Some 200,000 people were imprisoned there during the Third Reich -- political prisoners at first, then people labeled racially inferior. It became a Soviet prison camp after the war, and a further 12,000 people perished there between 1945 and 1950 from malnutrition and sickness.

Many private-sector tour companies based in Berlin offer half-day trips to Sachsenhausen in addition to their standard tours of the German capital.

Insider Tours is one such firm, and its owner, John O'Leary, criticized Sachsenhausen's decision. "A charge of €1 per person will result in fewer people going to Sachsenhausen," he told SPIEGEL ONLINE. "Everyone is price sensitive at the moment including a lot of guests from the English-speaking world who are suffering tough economic times."

O'Leary said his company, which takes some 2,500 visitors to Sachsenhausen per year at a cost of €15 per person (€12 for people under 26 and for pensioners) had refrained from raising its price and didn't tell visitors about the charge, which it pays directly to the memorial site.

"We're taking the hit. We don't want to bother our visitors with negative local politics, they are there to learn the history of Sachsenhausen," he said. He accused Sachsenhausen of imposing the fee "arbitrarily," charging some groups and letting others in free. O'Leary said his firm donated €300 to the memorial site last year.

Sachsenhausen is part of the Brandenburg State Memorial Sites Foundation, which receives €5.8 million in government funds per year for the upkeep of a number of locations, including Sachsenhausen and the Ravensbrück women's concentration camp. Morsch couldn't give a specific figure for the cost of running Sachsenhausen.

Bergen-Belsen Says Fee 'Is Not OK'

A spokeswoman for Bergen-Belsen, a concentration camp in northern Germany where Anne Frank died, said: "It's up to every memorial site to find the right way but we here don't think it's right and fundamentally refrain from charging a fee because we think we have a duty to educate visitors and receive public money. So it's not OK if one demands an entrance fee."

The German daily Süddeutsche Zeitung, which ran a story on the charge on Tuesday, quoted the president of the Central Council of Jews, Dieter Graumann, as criticizing the move. "A concentration camp memorial site shouldn't create barriers for visitors," he told the newspaper.

Morsch says the Council approved the introduction of the charge via its membership on the board of the Sachsenhausen foundation. But the Council could not be reached for comment Tuesday.

Deutschmann, of the FDP, said: "Remembering the horrors of the Nazi rule of terror is a state duty, funded with millions of euros every year by the national and regional governments."

"The memorial sites in particular have a duty to explain this darkest chapter of German history and the singularity of these Nazi crimes to new generations," he added. "That is why memorial sites should be open to everyone who is interested in them." 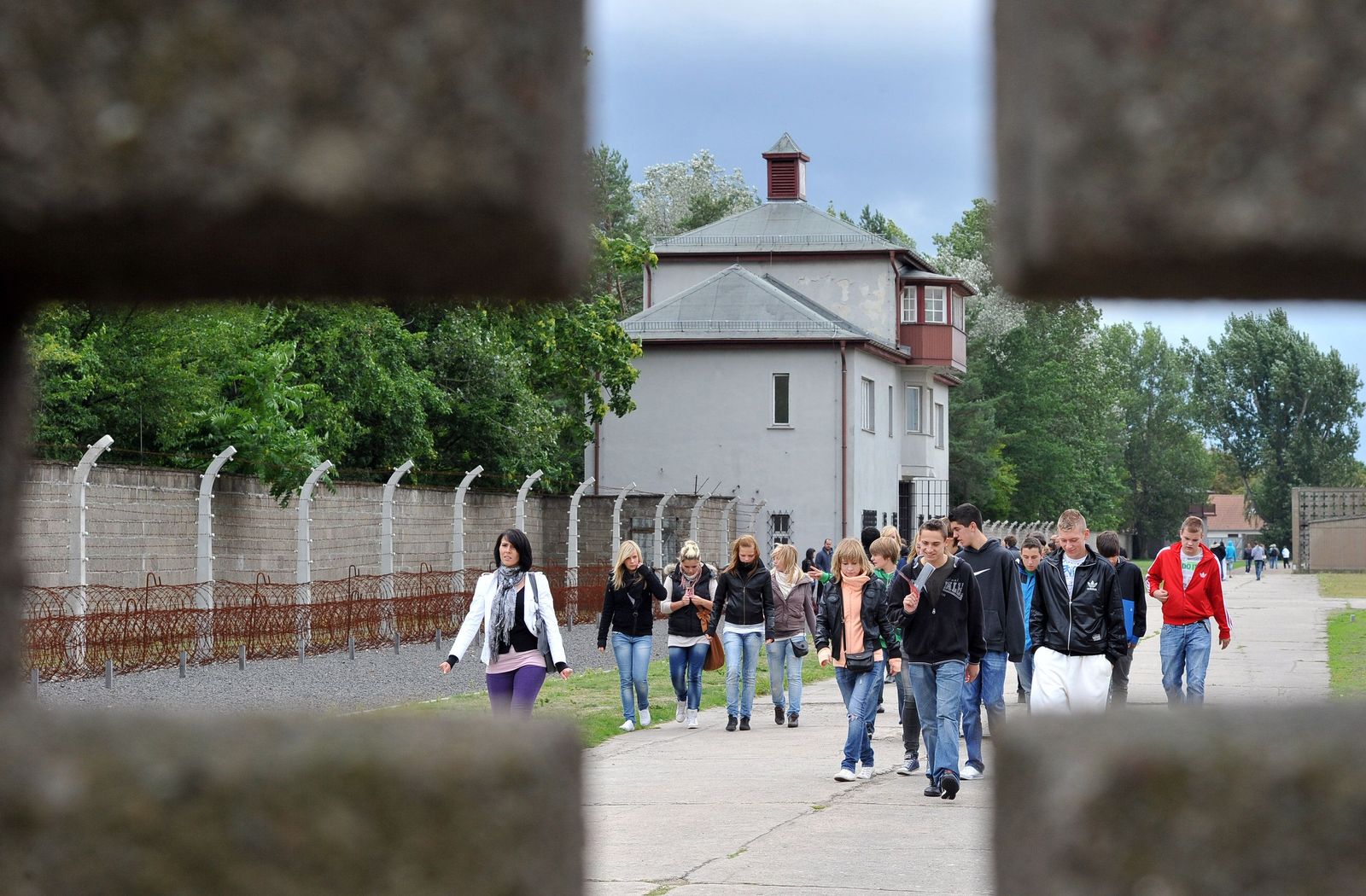