John Demjanjuk, accused of helping to kill 27,900 Jews in the Holocaust, will go on a hunger strike unless the Munich court allows him to present documents that could exonerate him, his lawyer Ulrich Busch said on Tuesday.

Busch, who is defending the 90-year-old against charges of assisting in killings at the Sobibor Nazi death camp in Poland, said Demjanjuk would begin the hunger strike within the next two weeks.

Busch said there are documents in a KGB file from Russia and Ukraine that could prove Demjanjuk is innocent. He read a statement for Demjanjuk in which he accused Judge Ralph Alt of conducting a political "show trial."

"This is a mockery of justice," Busch said in a statement on Demjanjuk's behalf. "There is only one way left for me to show the world what a travesty of justice this is."

In the statement, he accused the German authorities of trying to "wipe out" his dignity and his life, and to "find him guilty for the crimes ccommitted by Germans in World War II."

Prosecutors are expected to make their closing statements shortly and a verdict could be reached in March. The 15-month trial has been delayed several times because Demjanjuk has repeatedly refused to attend sessions on grounds of ill health. But doctors have declared him fit to stand trial.

German state prosecutors accuse Demjanjuk of hounding Jews into gas chambers in Sobibor in 1943. At least 250,000 Jews were killed there. Demjanjuk denies the accusations.

Court documents say he volunteered to become a concentration camp guard for Adolf Hitler's murderous Schutzstaffel (SS) organisation, which staffed the camps. Prosecutors say he was stationed for six months at Sobibor where he helped other guards to herd people off the railway carriages, force them to strip naked and push 80 at a time into the four-by-four meter gas chamber.

Demjanjuk was born in Ukraine and fought in the Red Army before the Nazis captured him and recruited him as a camp guard during World War II. He emigrated to the United States in 1951 and became a naturalized citizen in 1958.

He was extradited from the United States to Israel in 1986 where he was charged with being "Ivan the Terrible," a notorious guard at the Treblinka death camp. He was sentenced to death in 1988 but his conviction was overturned when new evidence showed another man was probably "Ivan."

The US extradited him to Germany in 2009. 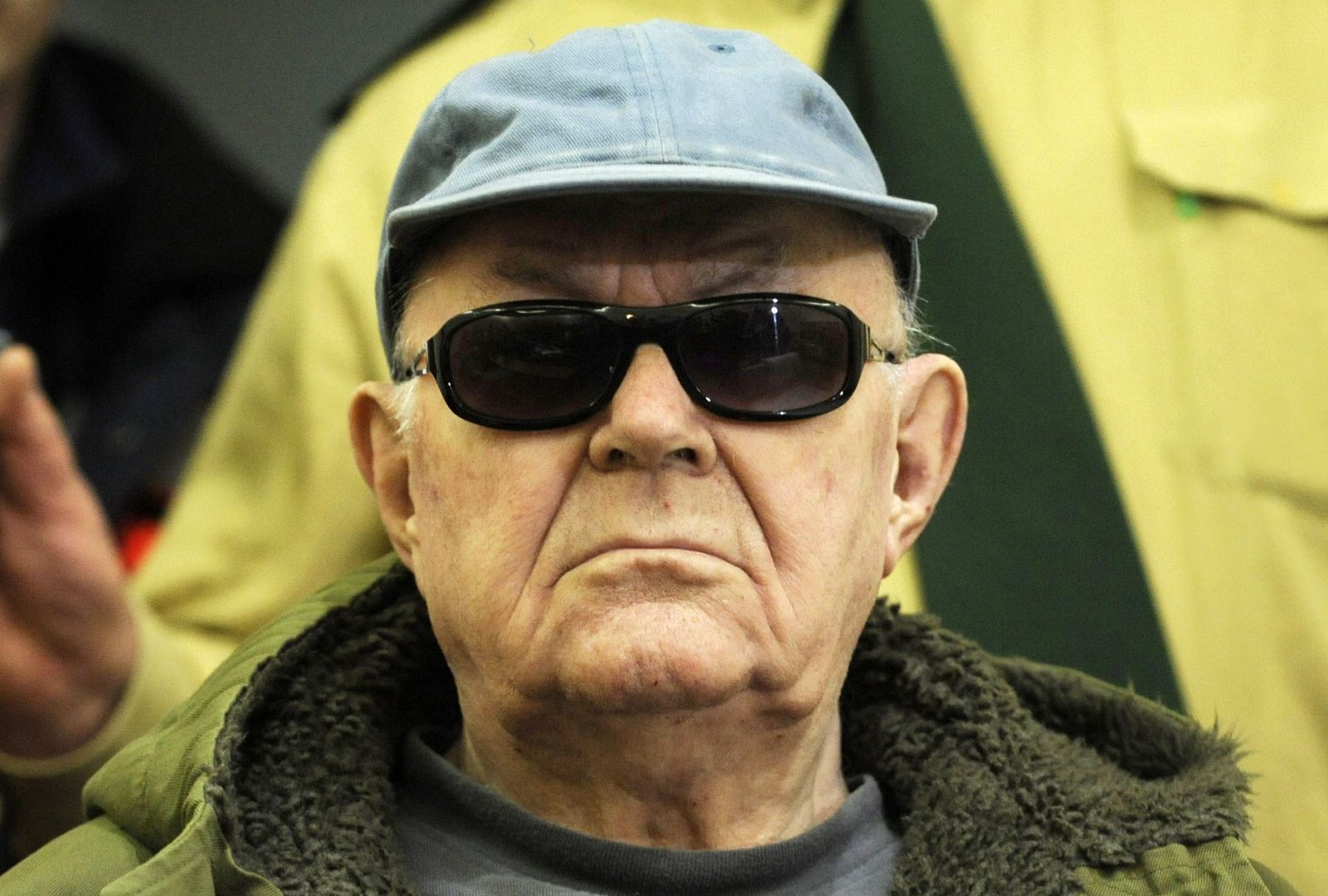 Threatening a hunger strike: John Demjanjuk in court on Tuesday.