From the beginning, her career had been a brilliant one. Nicole Boivin, a biologist and archaeologist, completed her doctorate at Cambridge and landed her first job there before going on to work in Paris and then, for many years, at the University of Oxford. Germany’s Max Planck Society (MPS), one of the world’s most prestigious research institutions, then appointed her as one of its "most highly qualified scientists for leadership positions in science" at the newly founded Max Planck Institute for the Science of Human History in Jena, where she started as director in 2016.

Boivin, who is now 51, was delighted. The institute was to bring together the disciplines of archeology, genetics and linguistics in the quest to find out how our ancestors ate, spoke and lived and where we come from.

But "the job became a nightmare," the professor says.

Boivin’s career as head of the institute came to an abrupt end in late October when the Max Planck Society's president, Martin Stratmann, informed Boivin that she would be removed from her post. She has been accused of "misconduct in the treatment of employees," of bad supervision of doctoral students and of taking over a colleague's research project in an "unethical way."

But Boivin sued and a court sided with her, at least for the time being. Two weeks ago, a Berlin regional court issued a preliminary injunction reinstating her as institute director, although that ruling is based exclusively on procedural violations and does not address the core issues of the case. Unless a second court overturns this decision, the Canadian scientist will remain director of the institute until the main proceedings clarify whether she was rightly demoted or not. The MPS filed an appeal.

The Boivin case has become a disaster for the scientist and is also a test case for the Max Planck Society and its broad network of scientific institutes. It suggests that discrimination doesn't just sweep young women off the career ladder. Those who have reached the top, attaining leadership positions, also complain about discrimination, even more so than doctoral researchers and postdoctoral researchers. An MPS-wide survey of "work culture and work atmosphere" found that nearly 60 percent of female scientific leaders had experienced "gender-related unequal treatment."

The Society's President Stratmann is under pressure: Outraged by the handling of the Boivin case, men from the top echelons of the Max Planck Society joined forces and wrote to him: more than 20 emeritus directors. They are calling for him to "take steps to restore the nobility and dignity of the institution."

In a joint letter, they wrote that Society's reputation has been massively damaged, that a disproportionate number of women have been deprived of their leadership positions, and that the Senate had been ignored in the decision to remove Boivin. The Senate, an important decision-making body within MPS, is composed of scientists and representatives of public life.

Participants say there was a discussion within the Senate at its meeting in late November that lasted almost two and a half hours. Afterwards, an "approving note" for Boivin's termination was suggested to be included in the meeting minutes. In the end, though, the approval was rejected, the Senate had only "taken note" of the decision to remove the director.

The Max Planck Society rejects accusations that it discriminates against women. The official line is that leadership within the organization is male dominated because it is "not easy" to recruit more women for leadership positions. In fact, the Society argues, MPS is making efforts to do so, and is also trying to improve the situation at its institutes through coaching and mentoring.

Nobel Prize for medicine recipient Christiane Nüsslein-Volhard: "Many more men should actually be affected by such accusations."

To that end, the Max Planck Society found the preliminary injunction "disappointing" because the court’s ruling "fails to take into account the welfare of employees working there," said Rüdiger Willems, the Society's general secretary. He said the organization will now discuss how the institute can "adequately protect" those workers.

"Female scientists in leadership positions are publicly accused and punished for misconduct in much higher percentages than their male peers."

Susan Trumbore, director of the Max Planck Institute for Biogeochemistry

Some prominent voices have been highly critical of the Society's stance in the case. "I had actually expected that the president of the Max Planck Society would accept the verdict with decency," said Christiane Nüsslein-Volhard, Germany’s only Nobel laureate in medicine and one of the first female Max Planck directors. American geologist Susan Trumbore, director of the Max Planck Institute for Biogeochemistry and a member of the German National Academy of Sciences Leopoldina, wrote a complaint to the Senate. In it, she states: "Female scientists in leadership positions are publicly accused and punished for misconduct in much higher percentages than their male peers."

Nüsslein-Volhard also says: "Many more men should actually be affected by such accusations." What she is referring to is the fact that only just under 18 percent of senior positions at the Max Planck Society are held by women. She wrote that if misconduct were reported, pursued and punished equally for both sexes, "five times more male directors would have been exposed and punished in the same period."

Officials at MPS say they consider that information to be "incorrect." The organization claims that calculations that more women are subject to misconduct investigations have no basis.

"I applaud the MPS for taking action to protect early career women researchers and staff from exploitation and mistreatment."

Christina Warinner, an American biologist and former group leader at the Max Planck Institute for the Science of Human History, said she is convinced that gender discrimination "is not at the heart of this case." Warinner is the colleague whose research project Boivin is alleged to have taken over in an "unethical way." At issue was archaeological work in Mongolia and a dispute over a joint laboratory. "I applaud the MPS for taking action to protect early career women researchers and staff from exploitation and mistreatment," Warinner wrote in an email. She wrote that she is "disappointed by the court's decision."

One young female scientist is also convinced that Boivin is playing the "I'm a woman" card, even though "many of her victims are women academics." Indeed, two female researchers in Warinner's closer circle have accused Boivin of treating them poorly. Two other institute employees are also among the director’s alleged victims.

"Above all, I never bullied young researchers."

The most recent report from the institute's independent Scientific Advisory Board, which regularly and intensively reviews the work of directors, found, however, that young scientists at the institute were doing well in every respect. "Director Boivin in particular was praised for her attention to mentoring junior scientists at various levels," the report stated.

Boivin claims that she herself has been "severely defamed and bullied," and adds: "Above all, I never bullied young researchers."

However, officials at the MPS claim that Boivin’s removal from her management role was "necessary and urgent for the protection of the staff," because "numerous and serious problems had arisen in the supervision of the assigned staff, in particular of the young female scientists, and in the handling of a research project of a female research group leader."

A colleague at Boivin’s institute who knows her well, said he has "never experienced bullying or anything like that" from the professor, adding that no such behavior has been reported to him either. And Alison Crowther, a young archaeologist, reports that Boivin "encouraged and supported" her in every step of her career. Sixteen of the 18 doctoral students in the director’s department also wrote a letter of support.

An investigative commission comprised of two law professors, one male and one female, conducted an intensive and elaborate review of the director’s alleged misconduct. But they "failed to seek feedback from Boivin’s staff," according to an internal statement to the court from the institute’s science coordinator and staff representative. She also stated that the commission had "discredited" positive voices in favor of Boivin by claiming that "Boivin had pressured her staff" to write the letters of support. According to the parties in question, though, no such pressure had been exerted.

The MPS for its part, has dismissed criticism of the investigative commission's work by saying it had held "discussions with a large number of witnesses." Those "who wished to speak out, were given the opportunity to do so," MPS claims.

Dissatisfaction within the Max Planck Society is now widespread. One emeritus professor says that in this "once noble institution," things should never have been allowed to get this far. "Everyone is damaged." 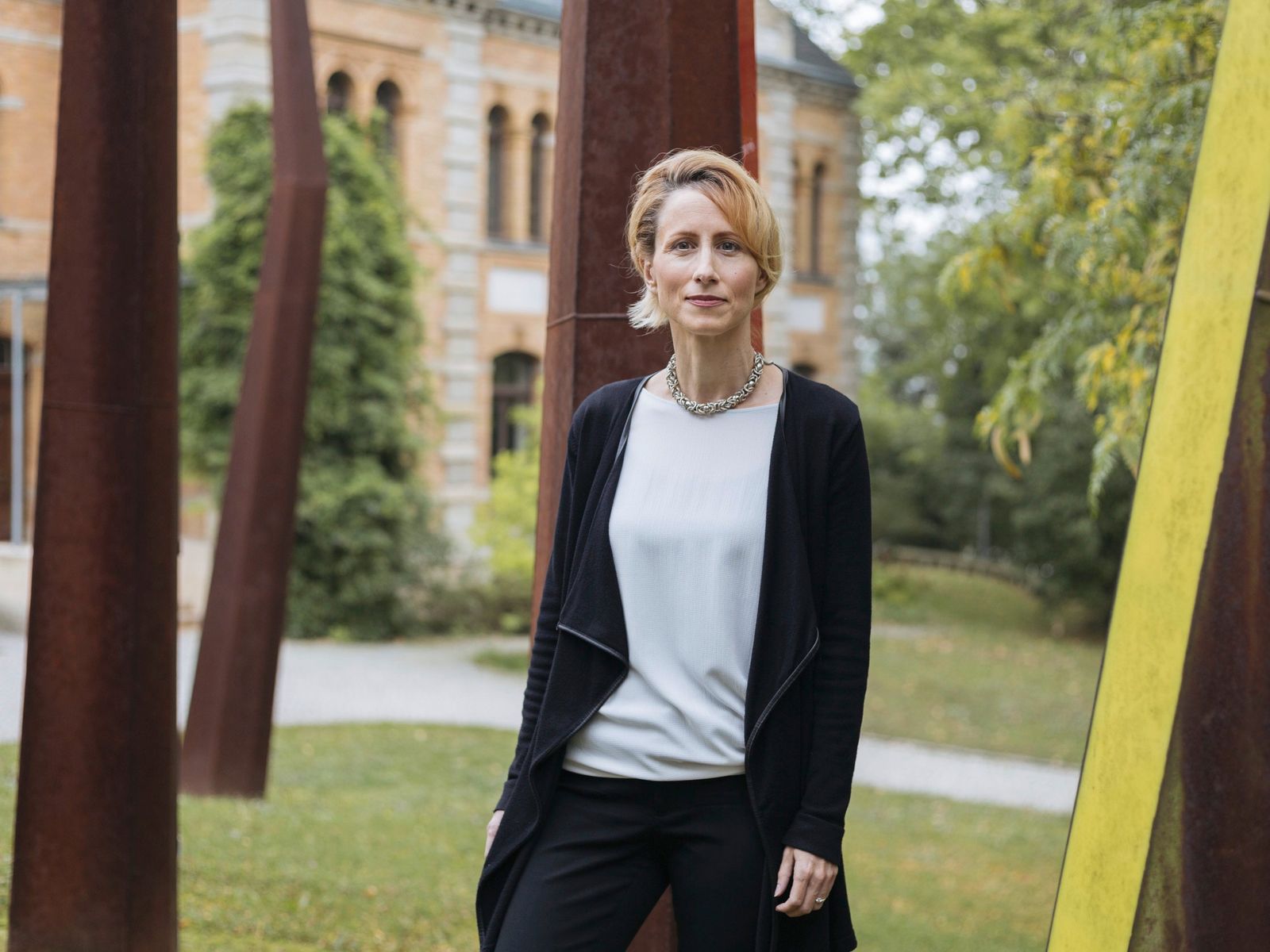 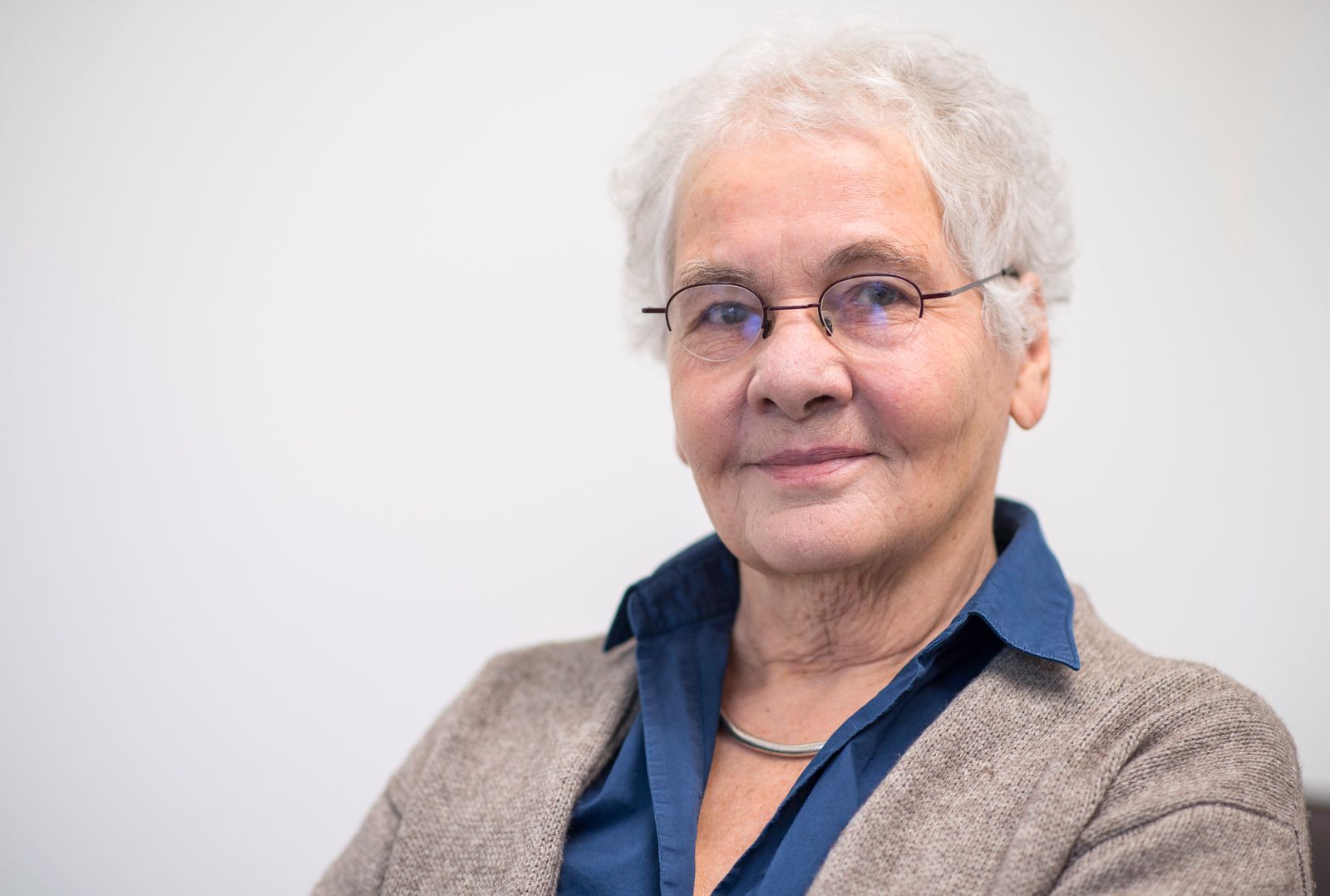 Nobel Prize for medicine recipient Christiane Nüsslein-Volhard: "Many more men should actually be affected by such accusations."