German President Christian Wulff broke his silence of more than a week on Thursday, expressing regret over the way he has handled a growing scandal over his personal finances. In a brief statement before journalists at his official residence, Bellevue Palace in Berlin, Wulff said he was aware of how "irritating" the course of events had been, and that he was taking each accusation seriously.

Wulff conceded he should have made his personal records available more quickly. "That was not straightforward and I am sorry," he added.

Because he wants to establish "necessary transparency," the president has already opened both his loan records and vacation history for review and answered more than 250 questions of every kind, he said. Germany's head of state insisted that his personal relationships had not influenced his work in office.

"I realize that not everything that is legally correct is also right," said Wulff, who maintains the support of his party, the conservative Christian Democratic Union (CDU), and leader Chancellor Angela Merkel.

The statement came amid growing pressure on the president to address the affair. Although the role is largely ceremonial, German presidents bear a certain moral authority over the country.

Chancellor Angela Merkel reacted with restraint to Wulff's statement. "The words of the president stand alone. There is nothing that can be added," her spokesman Steffen Seibert said. But the parliamentary group leader for the environmentalist Green Party, Renate Künast, expressed disatisfaction. "Christain Wulff admitted what was already known," she said, calling for a comprehensive explanation. "As a listener one is left dumbfounded." The center-left Social Democrats also demanded more. While breaking his silence was a positive move, it did not amount to clarification, said the party's general secretary Hubertus Heil.

For more than a week now, the German media has been flush with allegations that Wulff made misleading statements before the Lower Saxony state parliament about the nature of a €500,000 ($652,000) personal loan he received from wealthy entrepreneur Egon Geerkens and his wife Edith to buy a home while he was governor of the state in 2008.

He has also been accused of taking vacations at the expensive villas of wealthy business owners he was friendly with during that time.

On Thursday, public prosecutors in Hanover announced they would not investigate either matter, saying that the friendly relationship between Wulff and the Geerkens made the matter "appear overall plausible and criminally unsuspicious." In recent days the Hanover Public Prosecutor's Office reportedly received nine complaints against Wulff that included allegations of corruption.

Shortly before appearing to give a public statement on Thursday, Wulff also announced that his spokesman and long-time confidant Olaf Glaeseker would be replaced. During the statement he thanked Glaeseker for his service, but offered no explanation for his parting. German news agency DPA reported that Glaeseker himself had asked to leave his post.

Earlier on Thursday SPIEGEL reported on new details in the affair. Wulff ultimately took a second loan in order to repay the Geerkens in order to eliminate his €500,000 debt to the couple. When it refinanced the loan, private BW Bank gave the then state governor a real estate loan that was significantly more favorable in its terms than what would have been provided to a normal customer. In fact, it was a complicated financial construct standard for business loans, with interest rates half as high as those given to regular private customers.

On March 21, 2010, BW Bank signed a loan contract with Wulff that was similar to a revolving credit, with variable interest rates pegged to those with which banks can borrow money on the financial markets. Set to expire in December 2024, the loan's interest rates have varied between 0.9 and 2.1 percent, the president's lawyers confirmed with SPIEGEL. This kind of financing is typically granted to "exclusive private customers," the bank said in a statement.

SPIEGEL also reported on links between event planner Manfred Schmidt, who organized a series of conferences called the Nord-Süd-Dialog, or "North-South Dialogue," which were sponsored by Wulff and then-Baden Württemberg Governor Günther Oettinger in 2007 and 2009. At the last event in December 2009 alone, Schmidt reportedly earned several hundred thousand euros that had been provided by businesses sponsors, SPEIGEL reported.

The state chancellery, or governor's office of Lower-Saxony, reportedly provided some of the sponsor money, although Wulff disputes this claim. Schmidt also threw a party in Berlin at his own expense for Wulff's friends on the day he was elected president. Wulff himself reportedly appeared at the event late that night to be honored. 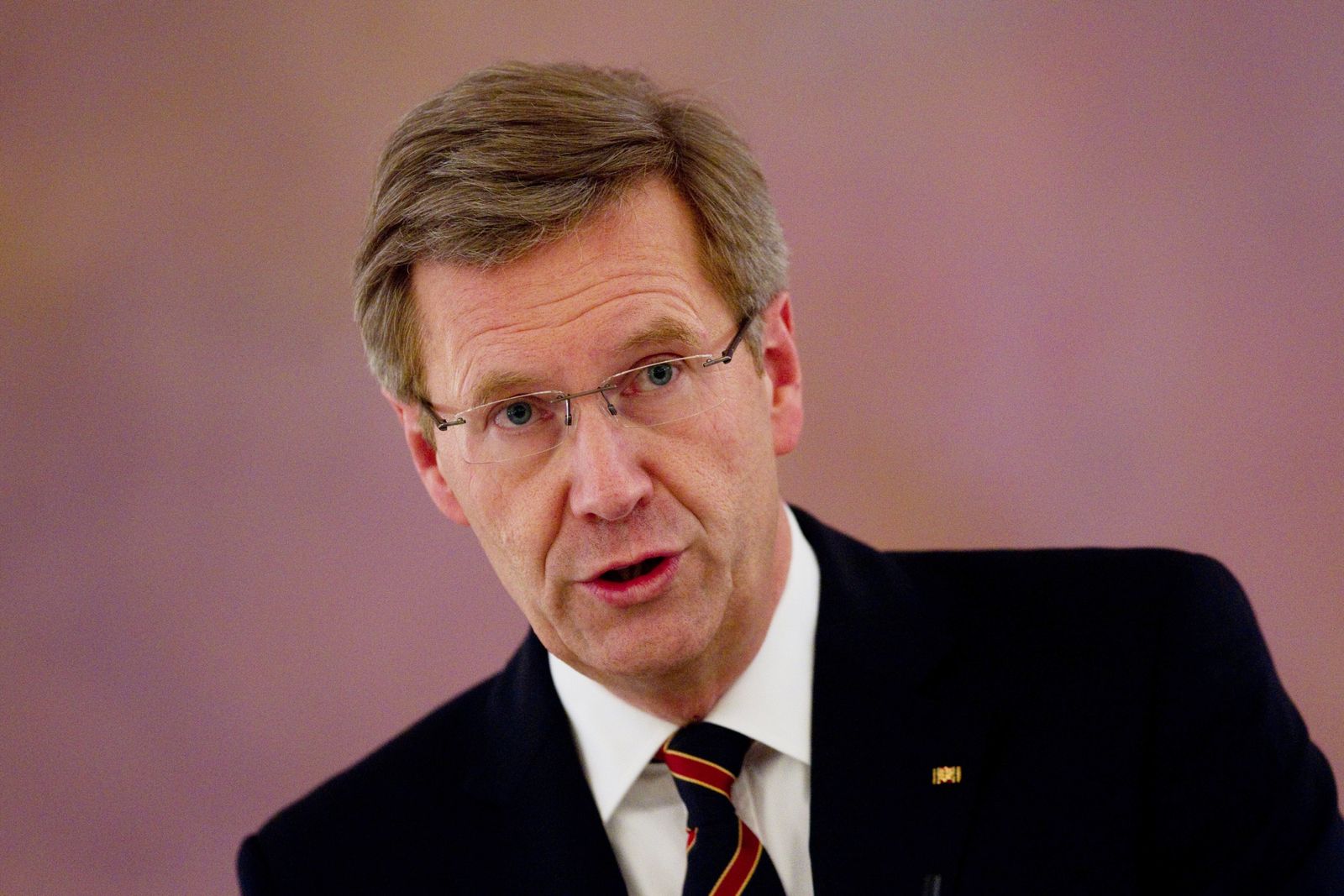 After more than a week of silence, German President Wulff spoke on Thursday.