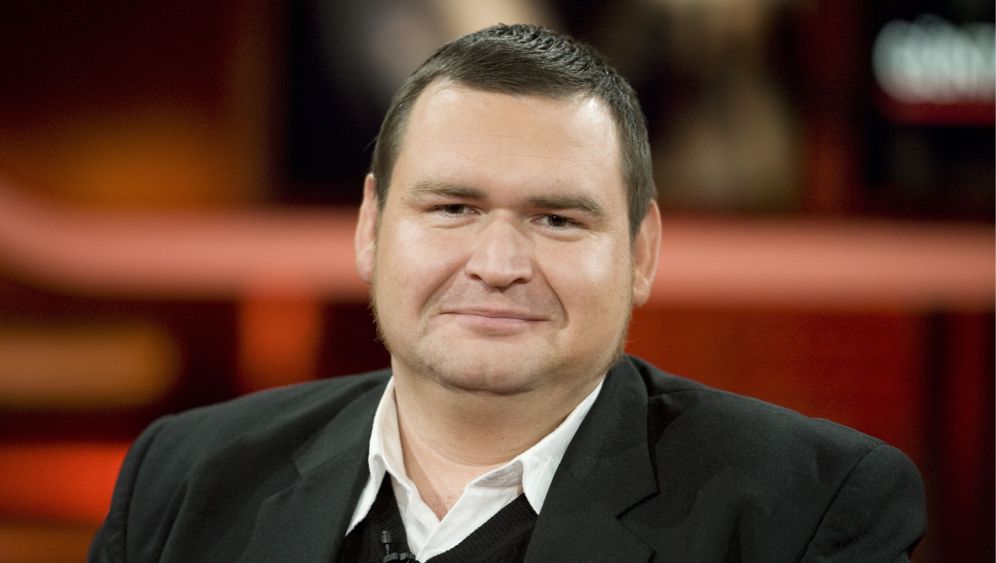 Photo Gallery: A Look Inside the Right Wing

He was saved by two Turks, of all people. Manuel Bauer was in prison in Leipzig and had hinted to fellow right-wing extremists that he was thinking about turning his back on the neo-Nazi scene. A short time later in the prison yard, the far-right inmates attacked Bauer and began beating him mercilessly. That was when two Turkish prisoners came to his aid -- and turned Bauer's life around.

Bauer, now 32, comes from the village of Torgau, just east of Leipzig, and was an avowed neo-Nazi for five years. A bear of a man with a shaved head, he was involved in an arson attack on a Turkish food stand and was also feared for his fists. He would often wear a green bomber jacket or a black Harrington jacket along with wine-red combat boots. He says he was "the walking cliché of a skinhead."

Bauer's career as a skinhead began when he was 11 years old. He became friends with a group of classmates who glorified Adolf Hitler and would rail against foreigners in the schoolyard. It was shortly after Germany's reunification, and right-wing extremism, which had remained largely underground during communism, could suddenly come out of the shadows. Across former East Germany, the extremists began finding each other -- and assembling neo-Nazi cliques. At first, they were disorganized and informal, making them largely invisible to law enforcement.

Before long, Manuel Bauer became part of one of these groups, first as just one of many before working his way to the top. His parents, deeply religious Christians, were outraged.

'I Thought I Was a Hero'

Bauer became the leader of a group calling itself "Wehrsportgruppe Racheakt" (roughly translatable as "Revenge Paramilitary Training Group"), and founded a second group with other neo-Nazis called "Association of Aryan Fighters." Each group counted around 30 members, many of them from Torgau, but also from the small town of Loburg further north. "I thought I was a hero," Bauer says today with a deep sigh. "But really I was just a big asshole."

The "movement," as Bauer calls the far-right scene, offered him a home. "I felt free and accepted. My comrades gave me strength, which I then transformed into violence." Emboldened by alcohol and pumped up by right-wing rock music blaring out of the car stereo, he and others would drive through the state of Saxony, attacking foreigners. Clothes flecked with blood were worn with pride, as a kind of trophy.

When he joined the German military in 1997, it wasn't long before he found others who shared his racist view of the world -- including two individuals who, Bauer says today, belonged to the fringes of the Zwickau right-wing terror cell which stands accused of murdering nine immigrants and a policewoman over several years. He declines to offer names.

Bauer says he enjoyed his time with a motorized infantry brigade based in the Erzgebirge mountains. "It was a good environment for someone like myself," he says.

During his military service, Bauer learned how to handle weapons -- knowledge which he later passed on to neo-Nazis at a training camp in Ústí nad Labem, a town in the northern Czech Republic. For a year, he taught right-wing militants how to shoot and construct bombs and drilled them in survival techniques. He says that the camp where he worked is far from an anomaly -- there are others in Hungary, Poland, Russia and Romania. They model themselves, Bauer says, after the former camps belonging to the "Heimattreue Deutsche Jugend" (or "Patriotic German Youth"), a right-wing extremist group that gave children and young people military and ideological training until it was banned in 2009.

At the time, Bauer lived almost entirely from welfare, but managed to "earn" a bit of extra cash through his right-wing activities. Extortion was one method. He also became involved in a right-wing group called the "Help Organization for National Political Prisoners and their Families," one of the largest right-wing extremist groups in Germany. It provided assistance to far-right inmates both during and after their prison terms, until it too was banned in September of this year.

But Bauer also says that the right-wing scene enjoyed the support of sponsors. He says that a German brewer "helped finance our political struggle for years" and also supplied them with vast quantities of alcohol. When it came to weapons, only those who had been involved in the scene for years were able to gain access. He claims the far-right National Democratic Party of Germany (NPD) helped in arms procurement. At the time, the weapons mostly originated in Eastern Europe, says Bauer.

The relationship between paramilitary groups like the ones he was involved with and the NPD party was deep, Bauer says. "The NPD is the company and the (paramilitary members) are the employees," he says. Bauer claims to never have been a member of the NPD himself, but says he got to know many groups associated with the party that excelled at outwitting the German authorities with diversionary tactics.

"The state underestimated right-wing extremism and only focused its attention on the leftist, anti-fascist scene," Bauer says. "But the right is much better organized and structured than the left." And it follows a clear strategy, he says. In an effort to confuse investigators, he says, fictional identities are established as are imaginary mail-order companies and the like -- created for the sole purpose of misleading the authorities. He says that the state likely doesn't know how many paramilitary groups there actually are, nor is it aware how many right-wing radicals operate in the underground. "There are several neo-Nazis whose names are known to the authorities, but who haven't been heard from for years," Bauer says. "They are often pulling the strings in the background."

And he himself? Can one spend 15 years as an integral part of the militant neo-Nazi scene and suddenly see the light? Bauer doesn't always have pat answers, and he himself understands the doubts. "My worldview changed eight years ago, but it wasn't until three years later that I was able to succeed in leaving the scene." He says that is now a "convinced Social Democrat," referring to Germany's main center-left party.

His circle of friends, he claims, now includes many of those who he once hunted down: Jews, lesbians, immigrants. "All people who I fought against back then," he says. "Today I am happy and lucky to have such friends." They all know his past, he insists, and they know that, for a time, there was a €10,000 ($13,300) ransom on his head in the extremist scene. Even still, he says, there is a "crazy campaign" against him in right-wing Internet forums.

These days, Bauer lives in southern Germany and helps neo-Nazis find their way out of the far-right scene, just as he was helped by the Berlin-based group EXIT, which for years has sought to assist people who want to leave extremism behind. "Without the people there, I wouldn't have been able to do it," Bauer says. "They clearly showed me that, no matter what happened, they wouldn't leave me on my own."

He says that five neo-Nazis in eastern Germany were moved to emulate him and turn their backs on right-wing extremism. It is hard to miss the pride in his voice -- and the yearning for acceptance which led him astray so long ago.

Bauer's police record is long -- assault, battery, extortion, the creation of unconstitutional groups, vandalism and property damage. He was sentenced to two years and 10 months in prison. Since his release, he has tried to establish contact with some of those he once assaulted. Many rebuff his efforts whereas others listen to his apologies but find it difficult to accept them. Only very few say they can forgive him.

Just recently, he met with an Indian teenager who was just a child when Bauer brutally attacked him 10 years ago because he didn't look German. He also arranged a meeting with a homosexual businessman who he had extorted and threatened to kill. "They were difficult encounters," Bauer says. Both of them asked him a host of questions. But Bauer was unable to answer.

5 Bilder Photo Gallery: A Look Inside the Right Wing