International Monetary Fund head Christine Lagarde has said that Germany should not be looking at measures aimed at consolidating its finances, apparently in concern over a SPIEGEL report indicating that the German Finance Ministry is working on a far-reaching package of spending cuts and tax hikes for introduction following general elections next autumn. In an interview with the Thursday edition of the influential weekly Die Zeit, she said that Germany needs to continue to work as a counterbalance to the biting austerity programs passed in crisis-stricken countries in Southern Europe.

Germany and other countries "can afford to move ahead with consolidation at a slower pace than others," Lagarde said. "That serves to counteract the negative effects on growth that emanate from the cuts made in crisis countries."

The comments come just days after SPIEGEL reported that Finance Minister Wolfgang Schäuble is working on a list of consolidation measures. The measures may include a hiking of the value-added tax (VAT) rate of 7 percent for items such as food and public transportation to the standard 19 percent. The government would also slash its contribution to the German health fund and the retirement age would automatically rise in accordance with life expectancy. The goal of the package is to prepare Germany for the constitutionally anchored debt brake, which will severely impact Berlin's ability to take on debt in the coming years.

The Finance Ministry has denied SPIEGEL's account, saying that the goal of the plan was that of achieving a balanced budget next year and not of springing austerity measures on Germany once the votes had been counted. Still, the opposition in Berlin has demanded clarity. "The German finance minister has to put his cards on the table, and he must do so immediately," said Joachim Poss, deputy floor leader for the center-left Social Democrats.

Senior Green Party politician Volker Beck said that Schäuble had to "make clear how great is the need for consolidation so that it can be debated in the campaign."

Lagarde's comments come at the end of a year which has seen Europe engage in a prolonged debate over the benefits of austerity versus efforts to stimulate the currency bloc's moribund economy. She said that "today, we understand better than before how restrictive fiscal policies weighs on growth."

In another barb directed at Berlin, she said "German economic policy is marked by a tradition in which the supply side plays an important role. The demand side is less in focus." In reference to the British economist who introduced concepts aimed at focusing on increasing demand, she said: "John Maynard Keynes hasn't left much of a mark in Germany."

Lagarde did, however, voice some cautious optimism for the ongoing development of the euro-zone's economy in 2013. "Our forecasts say that the economy in the euro zone will develop better in the coming year than it has in past years," she said. "That, however, is dependent on the right political measures being pushed through. If that happens, we expect growth to accelerate."

Her comments are in line with European Central Bank forecasts which predict that the euro-zone economy will grow by an extremely modest 0.5 percent in 2013. Germany, too, expects some growth in 2013, but the German government does not expect it to exceed 1 percent. 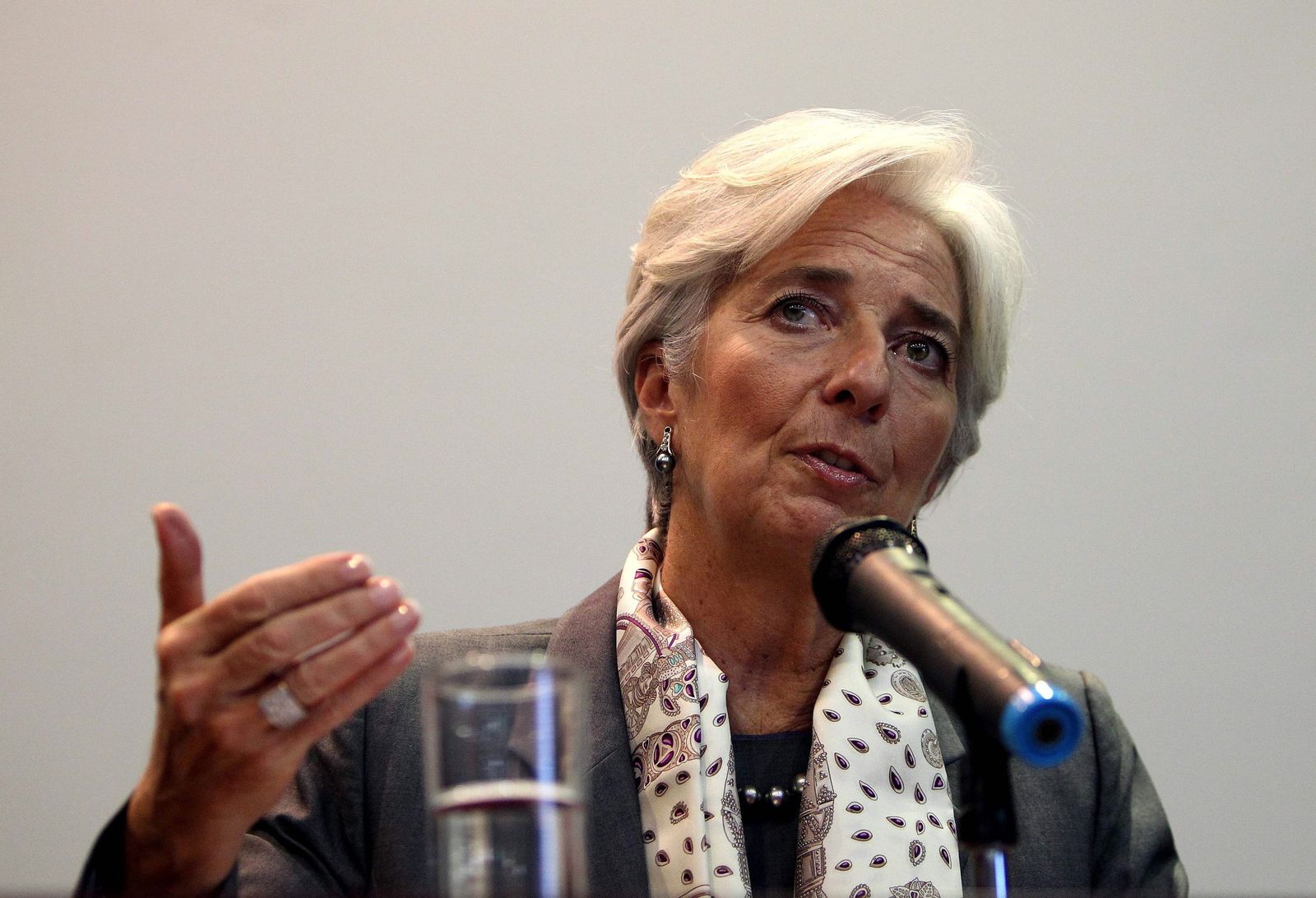 International Monetary Fund head Christine Lagarde has said that Germany should be the motor of growth in the EU.