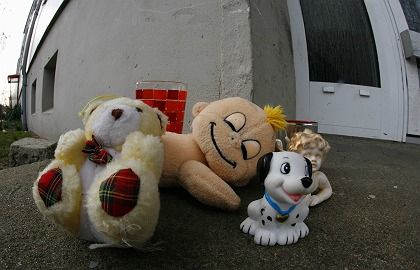 Plush toys are placed in front of the apartment where one of the most recent dead babies was discovered in the eastern German town of Lübben.

Wolfgang Böhmer, governor of the eastern state of Saxony-Anhalt, faces opposition calls to resign after he said women in the east had "a more casual approach to new life" than in the west.

Böhmer, who trained as a gynaecologist, was responding to research showing that the risk of a baby being killed by its mother is three to four times higher in the east than it is in the west of Germany.

Barely a month goes by in Germany without media reports of infanticide. One of the most shocking cases was that of Sabine Hilschinz, 42, from the eastern city of Frankfurt an der Oder, who was sentenced to 15 years in prison in 2006 for killing eight of her babies. She is seeking to have the ruling overturned in an appeal that started this month.

"Statistics don't necessarily imply a causal link," Böhmer told the German newsmagazine Focus in an interview published on Monday. "But the accumulation cannot be denied. I think it can mainly be explained with a more casual approach to new life in eastern Germany." In the German Democratic Republic abortion right up to the 12th week was allowed in 1972. The women took the decision on their own. Today, to obtain an abortion at that late stage, women are required to receive a professional consultation.

"Some came to us in the hospital and just said with a grin 'get rid of it' because they had booked a vacation on the Black Sea coast. That attitude to life has influenced today's attitude. I have the impression that child killings -- and there always been -- are a means of family planning." 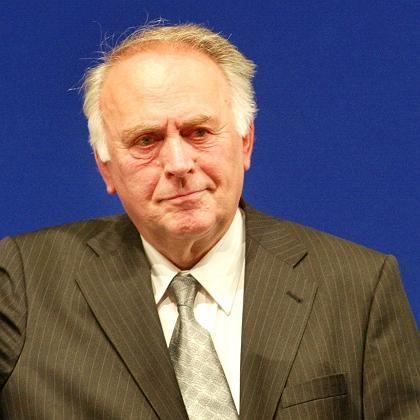 Under fire: Wolfgang Böhmer said he has the impression infanticide has become a "a means of family planning" to some.

Böhmer said "widespread fixation on the state during GDR times had led to the abandonment of individual responsibility."

Böhmer's predecessor as state governor, Reinhard Höppner of the Social Democrat Party, said he was "appalled" by Böhmer's comments. "Anyone who speaks in such a way about people for whom he shares responsibility cannot continue to be their governor."

The co-head of the Green Party, Claudia Roth, also called on Böhmer to resign. Transport Minister Wolfgang Tiefensee said Böhmer should "take back his remarks immediately and apologize to young parents."

Some clinics have installed "hatches" for mothers to put unwanted babies in. The hatches are heated boxes and set off an alarm if a baby is deposited.