The detection of a neo-Nazi terrorist cell in Germany last month sparked fresh calls for a ban on the far-right National Democratic Party (NPD). But before any attempt to ban the party can be carried out, Germany's domestic intelligence agency, the Office for the Protection of the Constitution, will first have to deactivate its informants within the party. A previous attempt to ban the party failed because of the presence of paid informants within the NPD.

Now, the scale of the challenge that such a move would pose has become clear. SPIEGEL has learned that the Office for the Protection of the Constitution has over 130 informants active within the controversial party, some of them in senior positions. The magazine arrived at the total by analysing information about sources that the authorities have released over the past few weeks. The total includes officials in leadership positions on both the state and national levels, as well as ordinary members of the party.

In the event of a new attempt to ban the party, the domestic intelligence agency would have to deactivate over 100 of these informants.

Germany has already tried, and failed, to ban the party. In 2003, Germany's Federal Constitutional Court rejected a move to outlaw the party when it was revealed that intelligence agency informants held senior positions within the NPD. The court argued that it was possible that the party's policies had partly been shaped by informants working for the intelligence agency.

Following the failed 2003 attempt, the Office for the Protection of the Constitution reacted by reducing the number of high-ranking informants within the party, so as not to be vulnerable to criticism that the NPD was being controlled by the state. SPIEGEL has learned, however, that the agency still has over 10 active informants who are members of executive committees in the party.

More than half of the 130 informants are neo-Nazis who are active both in the NPD and in small far-right militant groups known as Kameradschaften (literally "comradeships"). Authorities consider deactivating these informants to be particularly problematic, as it would deprive law enforcement agencies of information about these secretive groups.

States Are Split on Issue

The question of what to do with paid government informants in the NPD is a point of contention between Germany's various state-level interior ministries, who are responsible for the state branches of the Office for the Protection of the Constitution. States which are governed by Germany's center-left Social Democratic Party (SPD) have already deactivated their informants in leadership positions, and at least some of them are prepared to stop using informants all together. In states which are run by the conservative Christian Democratic Union (CDU), however, such as Bavaria, Hesse and Lower Saxony, there is significant resistance to such moves.

Following the Constitutional Court's 2003 ruling, a new attempt to ban the party would only have hopes of success if it could be guaranteed that informants had no influence on the party or on the banning procedure itself.

Calls to outlaw the NPD became loud after the recent discovery of the so-called Zwickau cell, who are thought to have murdered nine people of foreign origin and a policewoman. Support for a ban increased after the Nov. 29 arrest of former NPD official Ralf Wohlleben, who is suspected of providing a gun for the neo-Nazi trio. 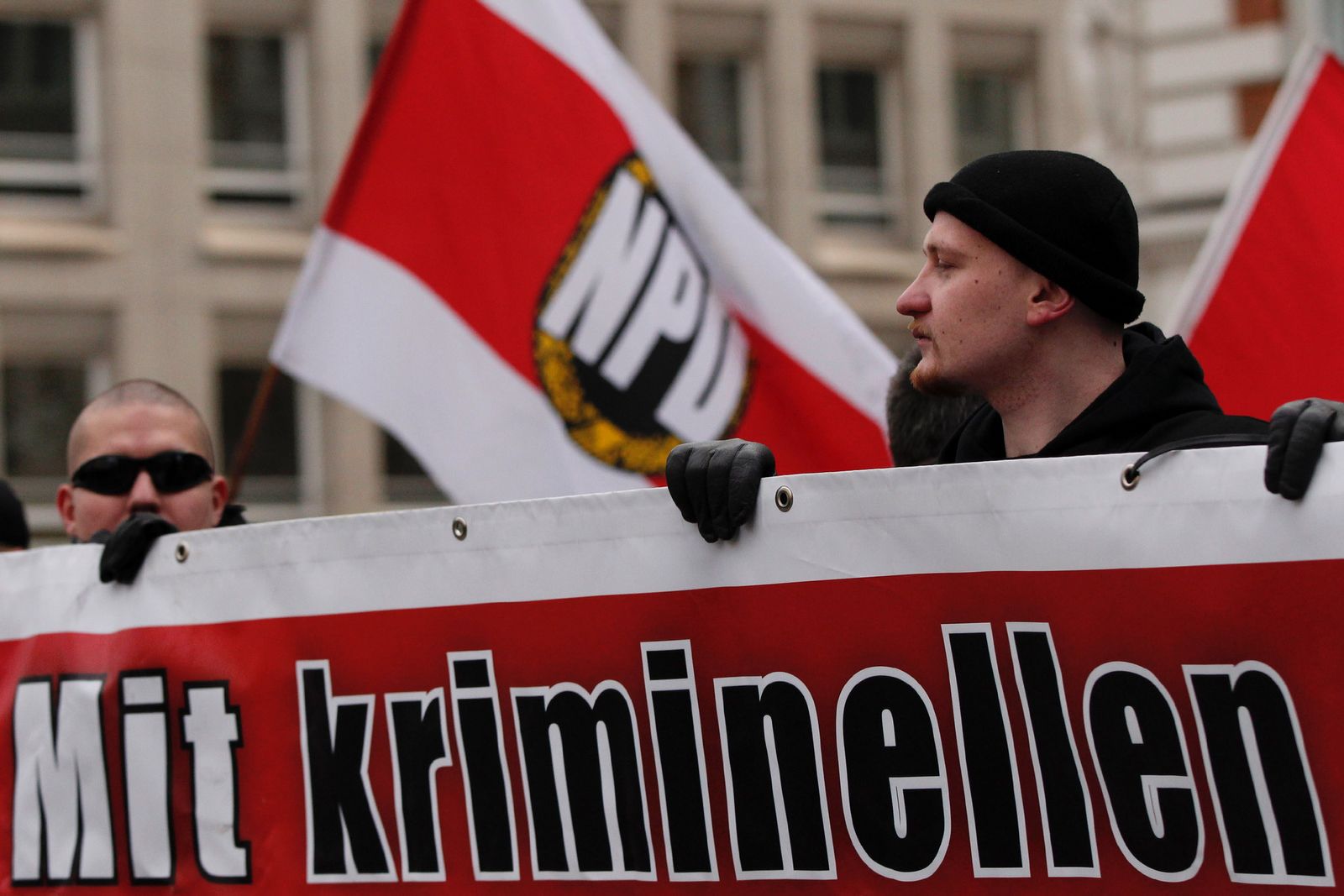 An NPD rally in Hamburg (Feb. 2011 photo). Calls to outlaw the far-right NPD were vociferous following the discovery of a neo-Nazi extremist cell which is believed to have killed nine immigrants and a policewoman.