Germany is set to cut incentives for installing solar panels faster than originally planned amid strong criticism of the current subsidy scheme. Environment Minister Norbert Röttgen has said he wants to bring forward the reductions by three months to April 1, with increasing numbers of Germans taking to solar energy.

Solar farm operators and homeowners with solar panels received more than €8 billion ($10.2 billion) in subsidies in 2011, but contributed only 3 percent of Germany's total energy supply. The incentives, which are written into the country's renewable energy law known as EEG, are being newly scrutinized as Germany phases out its nuclear program and ramps up its production of renewable energy.

Röttgen, a member of Chancellor Angela Merkel's Christian Democrats (CDU), told journalists after meeting CDU members of parliament: "My goal is to change the law effective April 1. It's important that we act quickly."

But Environment Minister Röttgen refused to bow to demands from the CDU's junior partner in the ruling coalition, the Free Democrats (FDP), to cap the output of new photovoltaic installations at 1 gigawatt per year. Instead, he said he wants to leave the current figures -- between 2.5 and 3.5 gigawatts per year -- unchanged. In reference to a sector which has seen 100,000 jobs created in the last decade, he added: "A concrete cap would choke off the industry."

The so-called feed-in tariff is the lifeblood for the solar power industry, at least until production costs fall to a level similar to those in conventional electricity generation. Germany has a total of 25 gigawatts of solar capacity -- about half of the figure for the entire world. Producers of solar energy are guaranteed fixed rates for power for 20 years.

But the massive upsurge in photovoltaic installations, fuelled by the heavy subsidies, has seen pressure put on the government to make changes, as the cost of the incentives is passed onto energy consumers across the country. Despite that, though, Röttgen warned against trying to make too many changes too quickly.

"We want to see the photovoltaic sector continue to develop with innovation," he said. "I believe that this is doable."

Röttgen said he would meet Philipp Rösler, the economy minister and head of the FDP who favors abandoning the current system of subsidies altogether, next week to work on the details of how to speed up the cuts.

Not everyone was convinced, however: Hans-Josef Fell, an energy expert for the Greens, argued that the timescale was hopelessly optimistic. He said: "It's unrealistic to believe that a new draft law can be ready at the end of February and that the law will take effect on April 1. It's all just an early April Fools' joke." 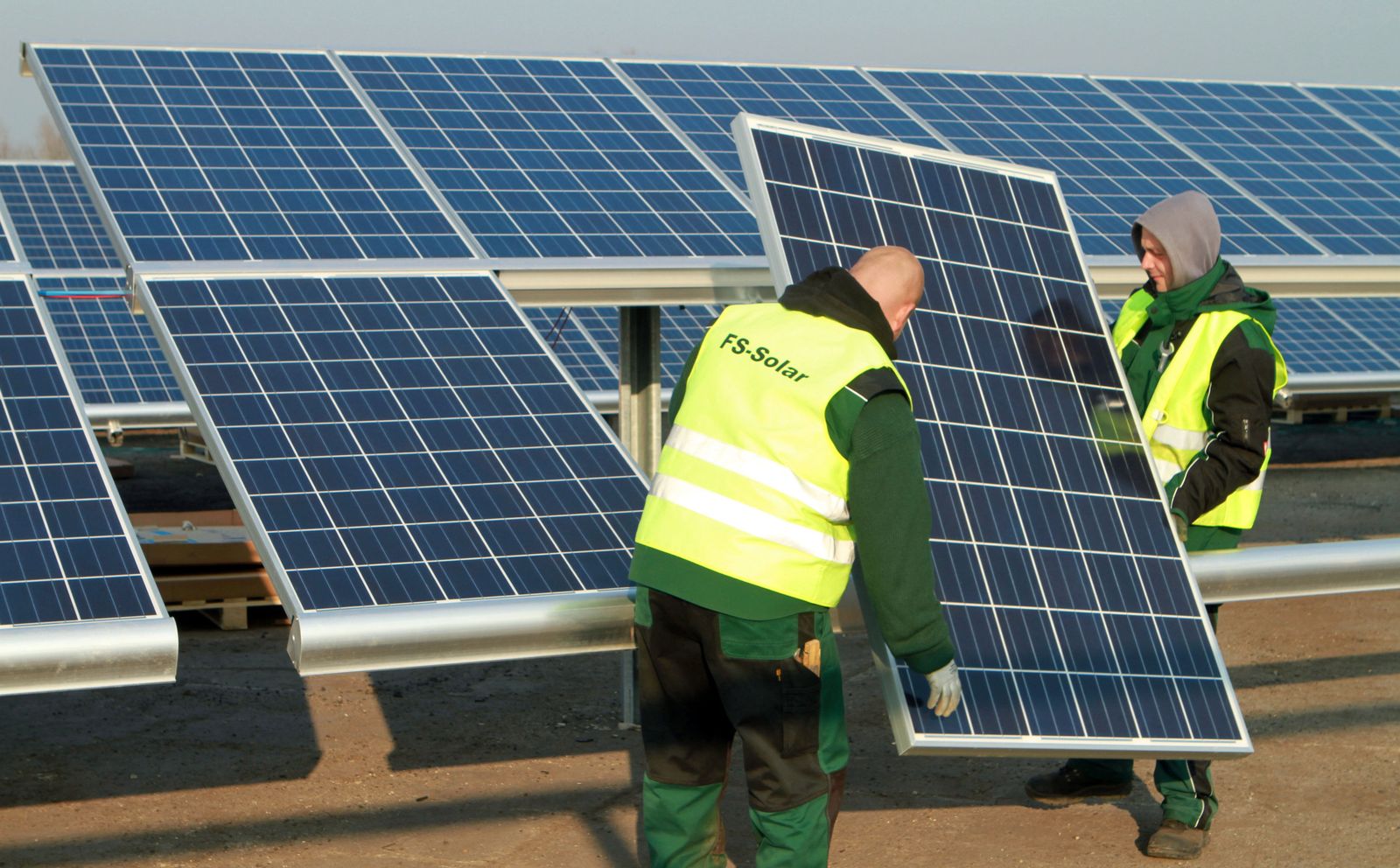 Solar panels are being installed across Germany, with the cost of heavy subsidies being passed on to energy consumers.