Thilo Sarrazin has never been one to mince words. The German central bank board member and former senior city official in Berlin has long been a strident critic of German immigration policies, even going so far as to say in an interview last autumn that immigrants sponge off the state, are incapable of integrating themselves into German society and "constantly produce little girls in headscarves."

In the interview, which appeared in the cultural magazine Lettre International, he also said that "a large number of Arabs and Turks in (Berlin) ... have no productive function other than in the fruit and vegetable trade." In the same interview, he claimed that the Turks were "conquering Germany ... through a higher birthrate."

This week, though, the Social Democrat (SPD) seems to have outdone himself. German media outlets, including SPIEGEL, have published excerpts of his soon-to-be-published book on Germany's supposed demise. As Sarrazin makes abundantly clear, that demise comes as a result of immigration. The bluntness with which he presents his ideas has kicked off a debate in Germany, and within the center-left SPD, as to whether Sarrazin has crossed the line into racism and whether he should be censured.

In the excerpts that have been published, Sarrazin writes that Germany's Muslim immigrant families have profited from social welfare payments to a far greater degree than they have contributed to German prosperity. He also has raised the spectre of the country's Muslim population, due to what he claims are much higher birth rates among immigrants, soon overtaking that of the country's "autochthonous" population -- a term roughly synonymous with "indigenous."

"If the fertility rate of German autochthons remains at the level it has been at for the past 40 years, then in the course of the next three or four generations, the number of the Germans will sink to 20 million," he writes in the book. "And, incidentally, it is absolutely realistic that the Muslim population, through a combination of a higher birth rate and continuation of immigration, could grow by 2100 to 35 million." In another passage, he writes: "I don't want the country of my grandchildren and great grandchildren to be largely Muslim, or that Turkish or Arabic will be spoken in large areas, that women will wear headscarves and the daily rhythm is set by the call of the muezzin. If I want to experience that, I can just take a vacation in the Orient."

In another passage, Sarrazin seems to suggest that Muslim immigrants would rather work under the table than legally. Through the language used in his polemics, Sarrazin appears to be aiming to push the highly divisive debate over immigration and integration closer to that of right-wing populists elsewhere in Europe, like Geert Wilders in the Netherlands.

'We Are Becoming Dumber'

In a contribution for the mass-circulation tabloid Bild, Sarrazin wrote, in reference to the relative lack of success that immigrants have had in German schools and the country's low birth rates, "we are simply accepting that Germany is becoming smaller and dumber." Two months ago, Sarrazin created similar headlines by saying "we are becoming ... on average dumber" and linked that claim with immigration "from Turkey, the Middle East and Africa."

The responses this week have been quick and pointed. SPD party boss Sigmar Gabriel has called Sarrazin's comments "linguistically violent" and said "if you were to ask me why he still wants to be a member of our party, I don't know either." He said he plans to read the book for indications of racism. Others in the party have demanded that Sarrazin leave the SPD immediately.

Sarrazin's comments have also made waves outside of the SPD. Green Party head Cem Özdemir called Sarrazin a "tribal leader in the mold of bin Laden" in an interview with SPIEGEL ONLINE and said that he has done a "disservice to efforts aimed at improving the dramatic social inequalities in our country, and not just among immigrants." He said he was disappointed because "the ongoing debate over mutual expectations of Germans and immigrants is much more rational than Sarrazin makes it seem."

Chancellor Angela Merkel is likewise unimpressed. Through her spokesman Steffen Seibert, she said on Wednesday that Sarrazin's offerings were "extremely injurious, defamatory and very polemical." She also called them "completely unhelpful" and said that "a different tone is necessary."

The Central Council of Jews in Germany suggested that Sarrazin join the extreme right-wing party, the National Democratic Party of Germany (NPD). "That would at least make it clearer where he stands in the debate and would unburden the SPD." In a press release on the party's website, Jürgen Gansel, an NPD parliamentarian in the eastern German state of Saxony, praised Sarrazin, saying his "comments on foreigners thoroughly breathes the spirit of national democratic concerns about being overrun by foreigners."

Following Sarrazin's comments last autumn, the SPD began proceedings to kick him out of the party, but the attempt failed in March. He was, however, disciplined by the German Central Bank, which stripped him of his previous responsibility for cash management as a result of the Lettre International interview. It is unclear whether the SPD will make another effort to strike him from the rolls. The German Central Bank has said merely that "the book is a private affair of Dr. Sarrazin. It is an expression of his personal opinion."

Prior to leaving his position as finance senator in the government of the city-state of Berlin, Sarrazin became well known for his blunt, and often controversial, comments on a variety of subjects. He famously called civil servants "pale and foul smelling" and said of Berlin: "Nowhere does one see so many people shuffling around in public wearing track suits." He also called students "assholes" and said of plans to rescue German carmaker Opel: "No one needs an Opel."

In 2008, he suggested that Germany's welfare recipients could live healthily on just €3.76 per day and suggested that benefits providing €4.25 per day for food were too high. 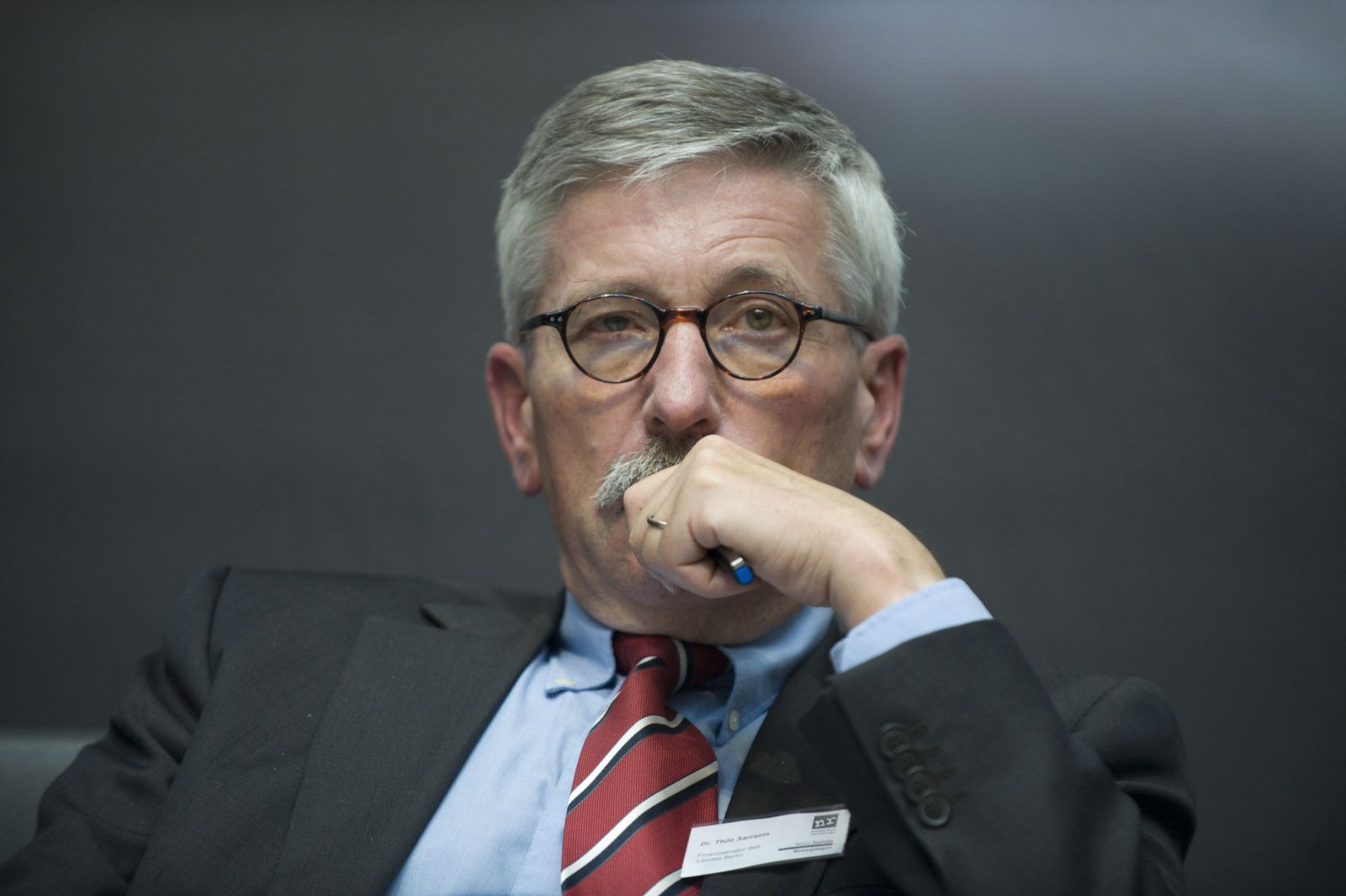 Thilo Sarrazin has done it again.