They started off with pillow fights, water pistols and beach parties. But now German flash mobs are getting serious. The impromptu meetings of large groups of people usually organized online or via mobile phone, are now being used by a labor union as a tool in a dispute over wages and hours. As a result, the question of whether they are legal or not may soon become a case for Germany's highest court.

Flash mobs are generally defined as "a group of people who organize on the Internet and then quickly assemble in a public place, do something bizarre, and disperse." And in the most recent German example, the trade union Verdi, which represents almost two and a half million employees in the retail and public sectors, organized around 150 men and women to head to a shopping center in Aschersleben in the state of Saxony-Anhalt on Thursday. 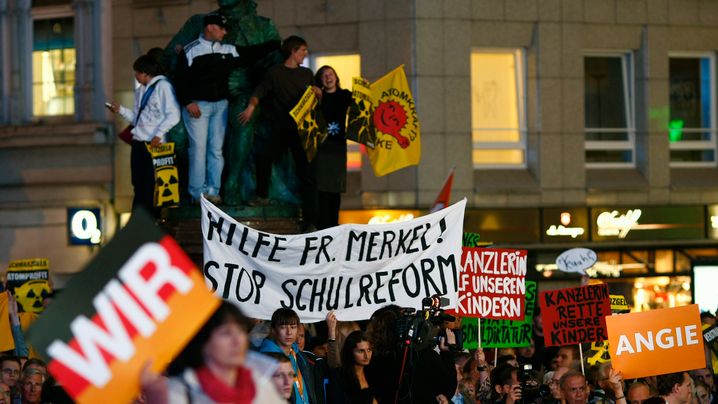 The flash mob entered the shopping center and proceeded to load up shopping carts with an assortment of goods before simply leaving them standing in store aisles. Instead of paying for the goods, the flash mob passed over cards with slogans like "Fair Wages" and "Fair Means More." Business came to a stand still for about an hour and staff told reporters that it would take them all day to put the goods back on the shelves.

The protest had been organized as a result of disagreements over pay and conditions between Verdi and retail sector bosses in the states of Saxony-Anhalt, Thuringia and Saxony. "With this new form of strike we wanted to draw attention to our problems. But we also wanted to let our colleagues in other sales areas know about our problems," union secretary Doris Finke told local newspaper Mitteldeutsche Zeitung.

Although police will press charges against some of the flash mobbers -- disturbing the peace, due to an altercation between one flash mobber and a member of the center's security personnel, as well as damaging property, because of damage done to frozen goods -- the protest was a peaceful one on the whole. And, as much as it may have interrupted business, it was also legal.

This flash mob came just two days after Germany's Federal Labor Court decided that flash mobs were a legitimate form of industrial action. The court had been addressing the issue of another flash mob organized by the Verdi union that took place in late 2007.

The court's judgment: "A union-organized action like this, undertaken in the course of industrial action, is not illegal." The court said such an action could be justified as part of a labor dispute and that employers could defend themselves against it by utilizing their proprietorial rights or by closing the business for a short time. A flash mob cannot be seen as "blockade of business," the court said.

When Conventional Strikes Did Not Help, the Flash Mob Did

During the 2007 event, that lasted around an hour, approximately 40 protestors filled their shopping trolleys to the brim with the cheapest items they could find and caused huge queues in a supermarket in Berlin's Ostbahnhof station. The flash mobbers also left their shopping carts standing there. One woman, for instance, went through the checkout with about 300 worth of goods costing an euro or less but once the cashier had totaled up her purchases, the shopper said she had left her purse at home.

The idea for the 2007 flash mob came about after protacted pay negotiations ended in a deadlock, Erika Ritter of Verdi who is responsible for the retail sector in Berlin-Brandenburg told the newspaper Berliner Morgenpost newspaper. Work stoppages had not helped -- which was why they had come up with the idea for a flash mob-style action. It had had an immediate effect on negotiations, Ritter said, and Verdi would consider similar actions again in the future. "But only when conventional strikes have not had any effect," she noted.

While flash mobs have gone from a mostly meaningless good time to what one commentator calls "the new political protest" - protestors have formed mobs about everything from climate change to airport runway extensions to human rights issues -- this could well be one of the first times that they have been used as part of a labor dispute.

The Association of German Retailers (HDE) agrees. The labor court's decision would lead to "dangerous inequalities during labor negotiations that favored the unions," Heribert Jöris, wages expert for the HDE told the Badische Zeitung.

And if businesses did what the court suggested to defend themselves against flash mobs, then other Germans, who were not part of the protest would also be detrimentally affected, he noted. Business owners have also suggested that individuals who are not actually union members might participate in the flash mobs -- the idea might appeal to extremists or trouble makers, they said.

Busch-Petersen and his colleagues say they plan to appeal the labor court's judgment on flash mobs. "We are still waiting for the court's grounds for making this judgment," Busch-Peterson said. "But the trend is clear: And we want to file a suit against flash mobs with the constitutional court."

Based in the city of Karlsruhe, the constitutional court is the highest in Germany. However, Ritter and Verdi feel the case in favor of using flash mobs in an industrial dispute is clear. "I am very relaxed about any proceedings heading to Karlsruhe," she concluded. 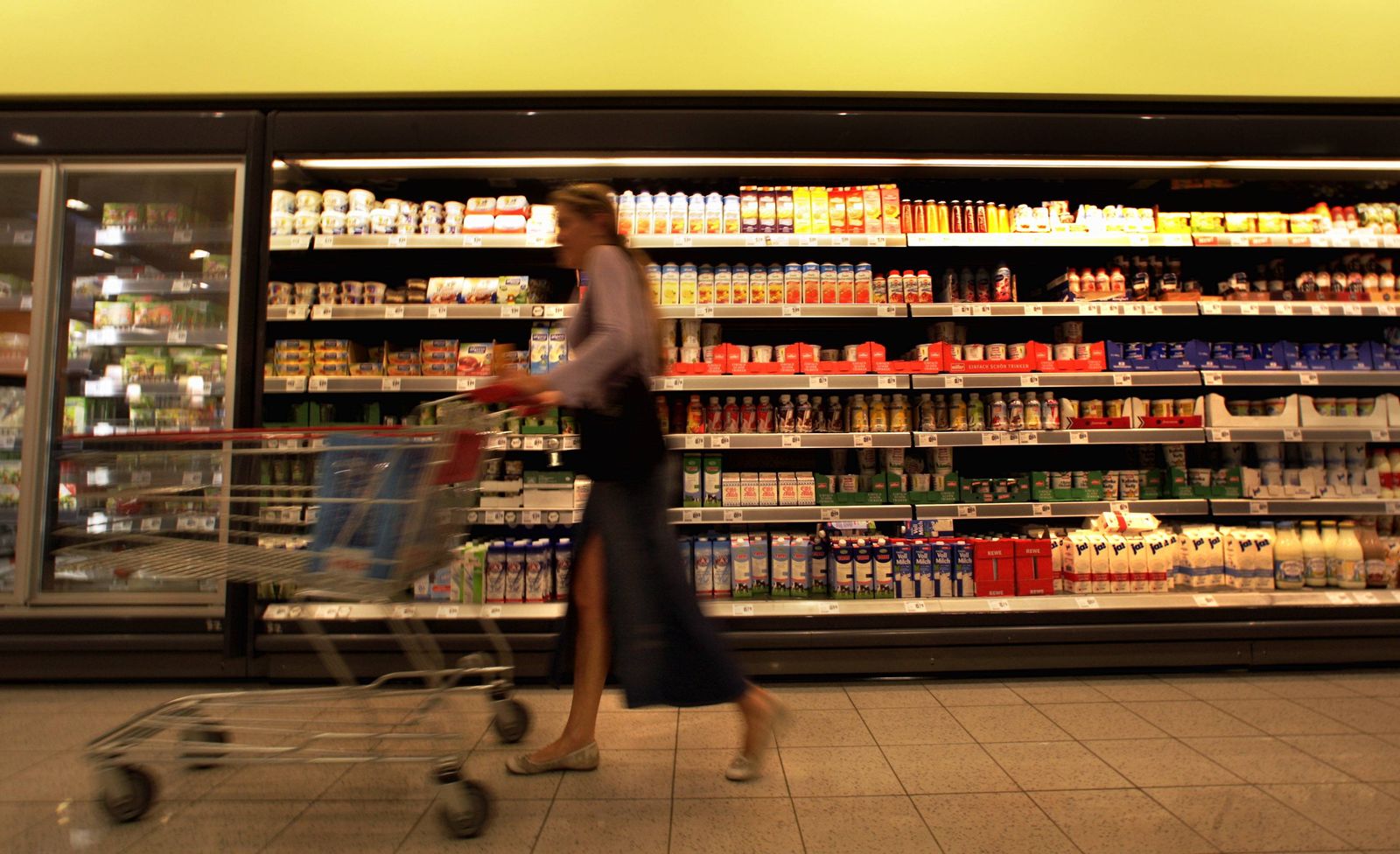 A flash mob caused chaos in a German supermarket by loading up trolleys with stock, then abandoning them in aisles. The protest was part of an industrial dispute.