The hearing had been hotly anticipated. The government, members of parliament, Bundeswehr soldiers and the general public had all been waiting for Wolfgang Schneiderhan to testify to the parliamentary inquiry into the controversial Sept. 4, 2009 air strike in Kunduz, Afghanistan, which saw a German-ordered attack result in the deaths of up to 142 people, many of them civilians.

Schneiderhan, the former inspector-general of the German armed forces, the Bundeswehr, was fired by Defense Minister Karl-Theodor zu Guttenberg in November 2009 over his handling of the Kunduz affair. Observers had speculated that Schneiderhan might use his testimony to the inquiry as an opportunity to settle the score with his old boss.

Guttenberg initially declared the attack to have been "military appropriate" but later reversed his assessment. He claimed that he did not have access to all the relevant information when he made his initial judgment and has accused Schneiderhan and senior Defense Ministry official Peter Wichert of withholding relevant documents from him.

The high expectations were not disappointed. Schneiderhan had prepared himself well for his appearance before the committee. He took one and a half hours to deliver his initial statement, which left few questions unanswered. He could date conversations and meetings to the minute and came across as highly credible. He also accused Guttenberg of lying about the reasons for his and Wichert's dismissals.

Wichert, who also addressed the inquiry Thursday, testified that the NATO report which Guttenberg had seen contained "all the facts which were in any way relevant for evaluating the incident." Wichert rejected the accusation that he had been involved in a cover-up. "This is utter nonsense," he told the inquiry on Thursday evening.

Schneiderhan's statement puts Guttenberg under increased pressure over his role in the affair. There are accusations that the defense minister has not been entirely open about his knowledge of the incident and has used Schneiderhan and Wichert as scapegoats.

The Sept. 4 attack saw German commander Colonel Georg Klein call for a US air strike against two tanker trucks which had been hijacked by the Taliban. NATO rules of engagement in Afghanistan call for the presence of an imminent threat before such attacks can be launched, but given the fact that the tankers were stuck in a sandbank in the middle of the Kunduz River at the time of the attack, many have questioned whether the tankers posed a danger. Furthermore, Klein has been accused of ignoring indications that civilians were present at the site. The attack was the largest German-ordered bombing since World War II and killed up to 142 people, including civilians.

The parliamentary inquiry is aimed at clearing up the still nebulous circumstances surrounding the incident and clarifying which members of the German government knew what, and when they knew it. Guttenberg himself must testify to the inquiry on April 22.

The statements made by Schneiderhan on Thursday were not entirely unexpected. After he was fired on Nov. 25, 2009, the general had told others his version of events. Schneiderhan and Wichert's stories contradict the version that was circulated by people close to Guttenberg after the two officials were sacked.

Schneiderhan went even further in his accusations. He said he had warned Guttenberg early on against giving an unambiguous assessment of the bombing. Guttenberg, though, who had only recently been sworn in as defense minister, chose not to take the advice of the experienced military commander. Guttenberg spoke of the bombing not just as "militarily appropriate", but also "unavoidable," Schneiderhan said.

Schneiderhan's testimony casts an unfavorable light on Guttenberg. Shortly after Guttenberg took office as defense minister in late October, Schneiderhan had, during a one-on-one conversation with his boss, recommended that Guttenberg exercise "caution and restraint" when talking about the air strike, he said. The incident was "not so simple," Schneiderhan allegedly advised the minister. Guttenberg even thanked him for the advice, Schneiderhan said.

Schneiderhan also criticized Guttenberg's "incomprehensible" decision to reverse his assessment of the air strike. A few weeks after his first statement on the incident, Guttenberg suddenly announced that the attack had not, in fact, been militarily appropriate. The inquiry asked Schneiderhan if he could understand why Guttenberg had changed his mind. "No," Schneiderhan replied simply.

Schneiderhan made it clear that the allegations from the officials close to Guttenberg had been "painful" to him. Wichert made similar comments during his testimony on Thursday evening.

Unlike Guttenberg, Schneiderhan stuck to his opinion that the Kunduz air strike was appropriate. He did not want to change anything about the assessment he made at the end of October, he told the inquiry. Guttenberg, however, will need to justify his many about-faces to the committee when he testifies in April. The opposition wants to use the opportunity to discredit Guttenberg, who is a rising star in Chancellor Angela Merkel's coalition government and one of Germany's most popular politicians.

"If Guttenberg lied in relation to a key decision, then he is no longer acceptable as defense minister," Thomas Oppermann of the center-left Social Democrats told the Friday edition of the Berliner Zeitung newspaper.

Omid Nouripour, a member of parliament for the Greens, said that Thursday's testimony put Guttenberg under "serious pressure," both in terms of the circumstances relating to his firing of Schneiderhan and Wichert and his assessment of the Kunduz air strike. If it turned out that Guttenberg had withheld information, Nouripour said, then the defense minister would have no choice but to resign.

Thursday's session also revealed a number of serious shortcomings at the Bundeswehr. Schneiderhan admitted that it had been a mistake to initially try to cover up the fact that civilians might have died in the bombing. Schneiderhan said that the spokesman of then-Defense Minister Franz Josef Jung had unilaterally taken this line without consulting with the military. Jung, who became labor minister after the September national election, was forced to resign in late November, because -- contrary to his public statements -- he must have known of civilian casualties early on.

Schneiderhan also confirmed a SPIEGEL ONLINE report, published Thursday, that German military commanders and the Defense Ministry had made greater efforts at covering up the truth in the days following after the air strike than had previously been known.

Confidential documents obtained by SPIEGEL ONLINE showed that the Defense Ministry set up a special working group composed of at least five officials to influence the NATO investigation into the incident. According to the documents, "Group 85," as the task force was known, was charged with creating a "positive image" of the events in Kunduz through a targeted communication strategy in a bid to deflect criticism of the Bundeswehr.

Schneiderhan told the inquiry that he had been aware of the existence of "Group 85" and knew what its role was. He was not personally involved with the group, however.

Wichert also confirmed the existence of the "Group 85" and admitted he had set up the task force. He played down the significance of the group, saying it had never been a secret. The aim, he said, had been to make sure that "a one-sided NATO investigation was not made public that we would then have to try to deal with." Wichert said, however, that they had not tried to exercise influence in the sense of "shifting responsibility or covering up." 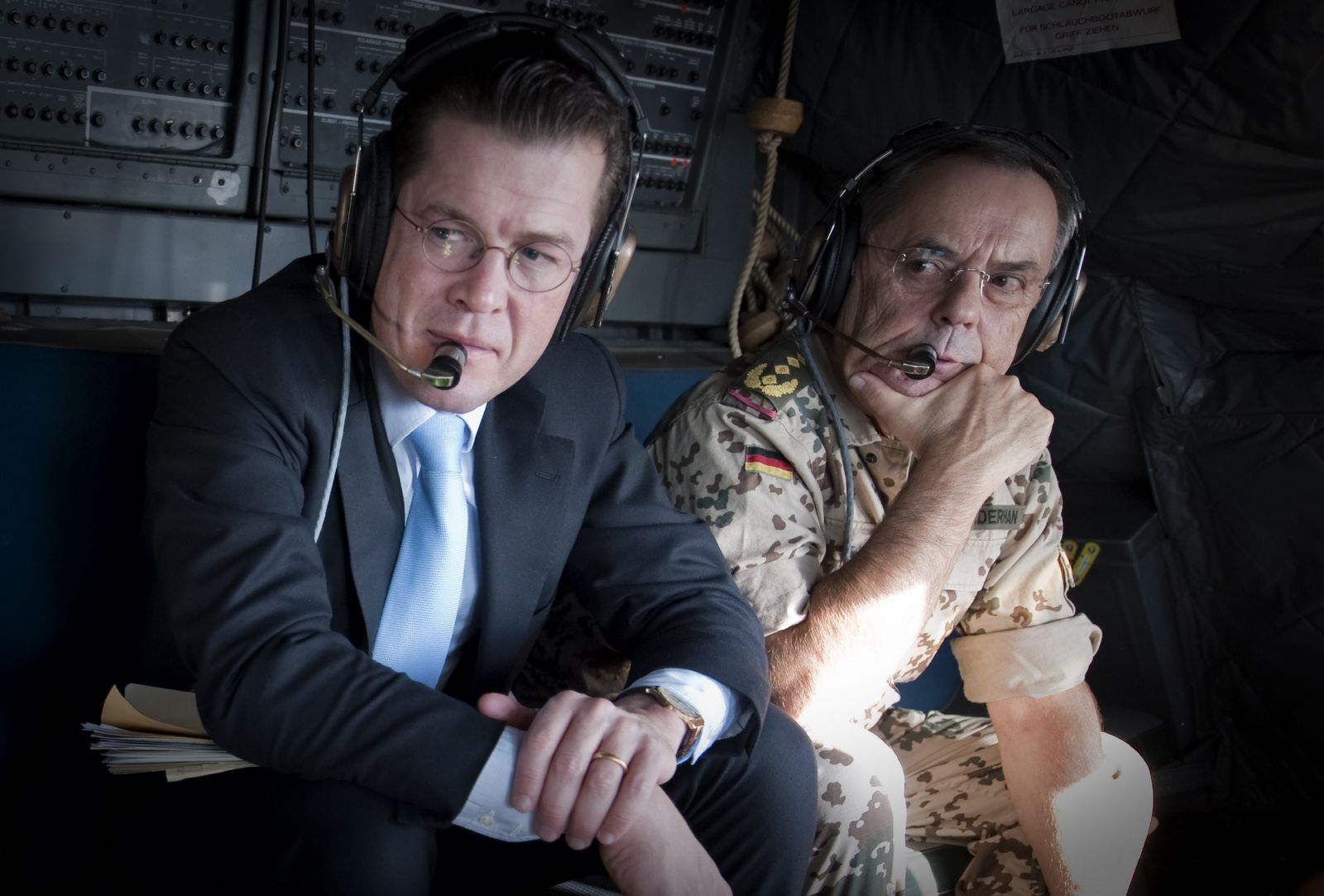