It was 3 a.m. on a Wednesday when the machines suddenly ground to a halt at Hydro Aluminium in Hamburg. The rolling mill's highly sensitive monitor stopped production so abruptly that the aluminum belts snagged. They hit the machines and destroyed a piece of the mill. The reason: The voltage off the electricity grid weakened for just a millisecond.

Workers had to free half-finished aluminum rolls from the machines, and several hours passed before they could be restarted. The damage to the machines cost some €10,000 ($12,300).

In the following three weeks, the voltage weakened at the Hamburg factory two more times, each time for a fraction of second. Since the machines were on a production break both times, there was no damage. Still, the company invested €150,000 to set up its own emergency power supply, using batteries, to protect itself from future damages.

"It could have affected us again in the middle of production and even led to a fire," said plant manager Axel Brand. "That would have been really expensive."

At other industrial companies, executives at the highest levels are also thinking about freeing themselves from Germany's electricity grid to cushion the consequences of the country's transition to renewable energy.

Likewise, as more and more companies with sensitive control systems are securing production through batteries and generators, the companies that manufacture them are benefiting. "You can hardly find a company that isn't worrying about its power supply," said Joachim Pfeiffer, a parliamentarian and economic policy spokesman for the governing center-right Christian Democratic Union (CDU).

Behind this worry stands the transition to renewable energy laid out by Chancellor Angela Merkel last year in the wake of the Fukushima nuclear disaster. Though the transition has been sluggish so far, Merkel set the ambitious goals of boosting renewable energy to 35 percent of total power consumption by 2020 and 80 percent by 2050 while phasing out all of Germany's nuclear power reactors by 2022.

The problem is that wind and solar farms just don't deliver the same amount of continuous electricity compared with nuclear and gas-fired power plants. To match traditional energy sources, grid operators must be able to exactly predict how strong the wind will blow or the sun will shine.

But such an exact prediction is difficult. Even when grid operators are off by just a few percentage points, voltage in the grid slackens. That has no affect on normal household appliances, such as vacuum cleaners and coffee machines. But for high-performance computers, for example, outages lasting even just a millisecond can quickly trigger system failures.

A survey of members of the Association of German Industrial Energy Companies (VIK) revealed that the number of short interruptions to the German electricity grid has grown by 29 percent in the past three years. Over the same time period, the number of service failures has grown 31 percent, and almost half of those failures have led to production stoppages. Damages have ranged between €10,000 and hundreds of thousands of euros, according to company information.

Producers of batteries and other emergency energy sources are benefiting most from the disruptions. "Our sales are already 13 percent above where they were last year," said Manfred Rieks, the head of Jovyatlas, which specializes in industrial energy systems.

Sales at APC, one of the world's leading makers of emergency power technologies, have grown 10 percent a year over the last three years. "Every company -- from small businesses to companies listed on the DAX -- are buying one from us," said Michael Schumacher, APC's lead systems engineer, referring to Germany's blue chip stock index.

Even August Wagner, head of a textile firm with roughly 180 employees in Bavaria, is taking precautions against feared power interruptions. A stop in production would be catastrophic for him. "When we dye our materials, there are thousands of meters in the dye factory," he said. "If the power goes out, all of the goods are lost, and we have huge losses."

Wagner now regulates the power supply of his production himself so that it doesn't come to that point. What's more, for a few months, he's had an emergency power source standing in container next to the production facilities. Since then, other businesspeople in the area have been dropping by to take a look at his setup.

Aurubis, a major copper producer and recycler in Hamburg, has also spent about €2 million to protect against unwanted power emergencies. "If grid stability doesn't markedly improve, we'll have to rely on emergency power supplies this and the coming winter," the company say.

Although the moves being made by companies are helpful, they don't solve all the problems. It's still unclear who is liable when emergency measures fail. So far, grid operators have only been required to shoulder up to €5,000 of related company losses. Hydro Aluminum is demanding that its grid operator pay for incidents in excess of that amount. "The damages have already reached such a magnitude that we won't be able to bear them in the long term," the company says.

Given the circumstances, Hydro Aluminum is asking the Federal Network Agency, whose responsibilities include regulating the electricity market, to set up a clearing house to mediate conflicts between companies and grid operators. Like a court, it would decide whether the company or the grid operator is financially liable for material damages and production losses.

But, for now, agency head Jochen Homann wants nothing to do with the idea. He first plans to discuss the problem with experts and associations in detail.

For companies like Hydro Aluminium, though, that process will probably take too long. It would just be too expensive for the company to build stand-alone emergency power supplies for all of its nine production sites in Germany, and its losses will be immense if a solution to the liability question cannot be found soon. "In the long run, if we can't guarantee a stable grid, companies will leave (Germany)," says Pfeiffer, the CDU energy expert. "As a center of industry, we can't afford that." 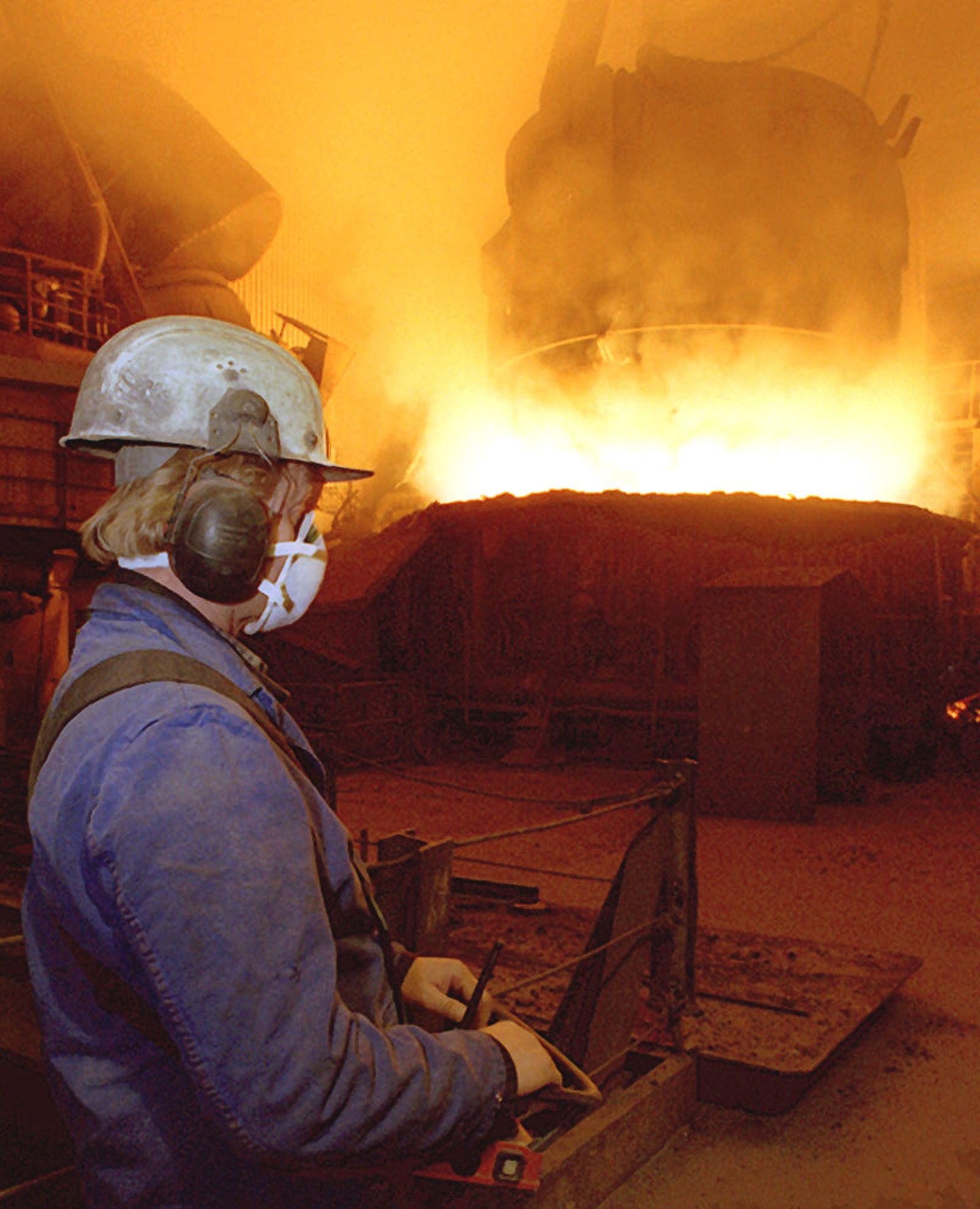 Even a millisecond in voltage fluctuation can cause major damage at large industrial firms.