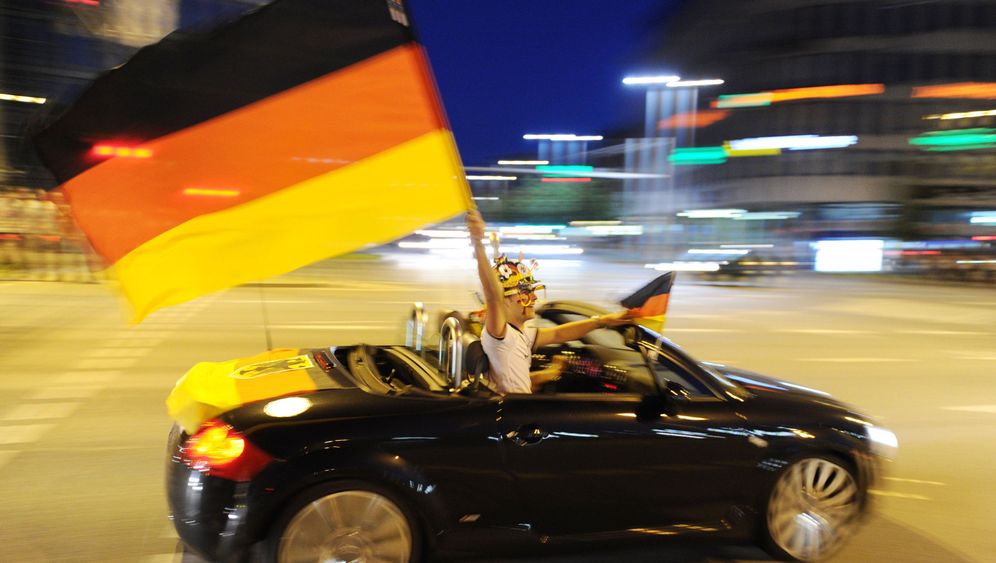 For non-football fans, the last few weeks in Germany must have been, at best, mildly confusing and, at worst, utterly frustrating. As long as Germany isn't playing, it's tolerable -- even enjoyable, with people from all over the world draped in multi-colored flags, either celebrating or looking forlorn, depending on the success or failure of 11 of their fellow countrymen.

But on the days when the Nationalelf, the German team, takes the field, all hell breaks loose. Even having a quiet coffee becomes impossible as tables in any sort of cafe or bar are either reserved or are crammed with amateur tacticians debating the virtues and follies of trainer Joachim Löw's lineup. Even the seats that appear to be free tend not to be -- where a bathing towel reserves your place on a sunny Spanish beach, a football jersey or Germany flag does exactly the same in a Berlin public viewing location. Once the game kicks off, there won't be a moment of peace and quiet as the footy fans ooh and aah, bellow and whimper with each missed scoring opportunity, incorrect refereeing decision and crunching tackle.

So what is it that has the normally-reserved Germans out in force, unabashedly patriotic and joining complete strangers in joy and celebration? You can love or loathe the World Cup, but it has undeniably brought a joie de vivre to the capital this summer. For anyone who has survived a mean Berlin winter, that is something to cherish.

As a football fan myself -- I moved to Berlin four years ago especially for the World Cup in Germany -- the football fever makes sense. I'm Irish and used to passionate and energetic, if somewhat ineffective, players who battle gamely before succumbing to a brave defeat at the hands of a bigger nation. I love the underdog -- for years I thought I could never love Germany for that exact reason.

Stereotypes demand that we think of the German national football team as a brutally efficient machine, ruthlessly putting lesser teams to the sword. One of England's most respected players, Gary Lineker, once declared: "Soccer is a game for 22 people that run around, play the ball ... and in the end Germany always wins." He's not far off.

Germany has always produced players that seem to have the winning mentality deeply ingrained in their psyche, as their three World Cup victories and three European Championships confirm. The price for this success was players largely devoid of personality. Those who rocked the boat were ostracized. Stefan Effenberg, for example, was sent home for raising his middle finger to German fans unimpressed with his contribution at the 1994 World Cup in the US. He barely wore the national team shirt again.

When Germany was chosen to host the 2006 World Cup, I admit I groaned at the thought of boring Germany hosting the most exciting footballing event in the world. Fans are important in the World Cup, and I found it difficult to believe that German fans would create the requisite vibrant atmosphere. I sustained my disbelief right up until kick-off in the first game, when Germany was expected to dismiss Costa Rica in their traditionally remorseless fashion.

How wrong I was. The squad was full of dynamic youngsters full of verve, vigor, flair and buckets of personality. They won that thrilling opening game 4-2 and I was converted. Suddenly I was talking about Bastian Schweinsteiger with friends who knew nothing about football. Philipp Lahm's youthful good looks were beaming out from every television screen as he spoke of his scorching opening goal, a blistering shot from well outside the box that legends like Pele and Maradona would have been proud of.

German flags began to appear here and there. And then, with a heart-stopping last-minute victory over Poland in the next game, they were everywhere, sprouting up like black, yellow and red snowdrops after a bleak, depressing winter. We loved the boyish antics of Podolski and Schweinsteiger, and wept with them when the dream of a victory on home soil got crushed by a couple of last minute goals by the Italians in the semi-final.

Four years later, World Cup fever has taken on yet another dimension. The boys of 2006 have grown up and Lahm is now the captain of an even younger squad. Podolski and Schweinsteiger have become men and their performance so far has dismissed any doubts about their ability to lead the team.

But the team of 2010 has something else going for it too. This is arguably the most ethnically diverse team in the tournament. The squad, with 11 players of a non-German background, is representative of modern-day Germany: Multi-cultural, talented, dynamic and determined.

Mesut Özil is third-generation Turkish-German, and recites the Koran before games to help him focus. Mario Gomez has a Spanish father. Sami Khedira's father is Tunisian. Podolski, Miroslav Klose and Piotr Trochowski were all born in Poland. Cacau -- real name Claudemir Jeronimo Barreto -- was born in Brazil and arrived in Germany 10 years ago. He received his German passport just in time to make the World Cup squad.

As someone who aspires to one day hold a German passport of my own, I find his story inspiring. So too, surely, do the 15.6 million Germans with roots in foreign countries. Many are fully aware of their underdog status as they try to find their niche in a society in which integration can be difficult.

But last week showed Germany's new face. Mesut Özil received a pass from Bavarian born Thomas Müller in that vitally-important group game against Ghana, gracefully picked his spot and drilled the ball into the back of the net. He was congratulated by his teammates -- a Brazilian, a Ghanaian, a Polish-born German and a number of ethnic Germans. Millions back home in Germany went crazy.

It was a moment when any underdog -- whether Turkish, Polish or even Irish -- felt like they had come home. 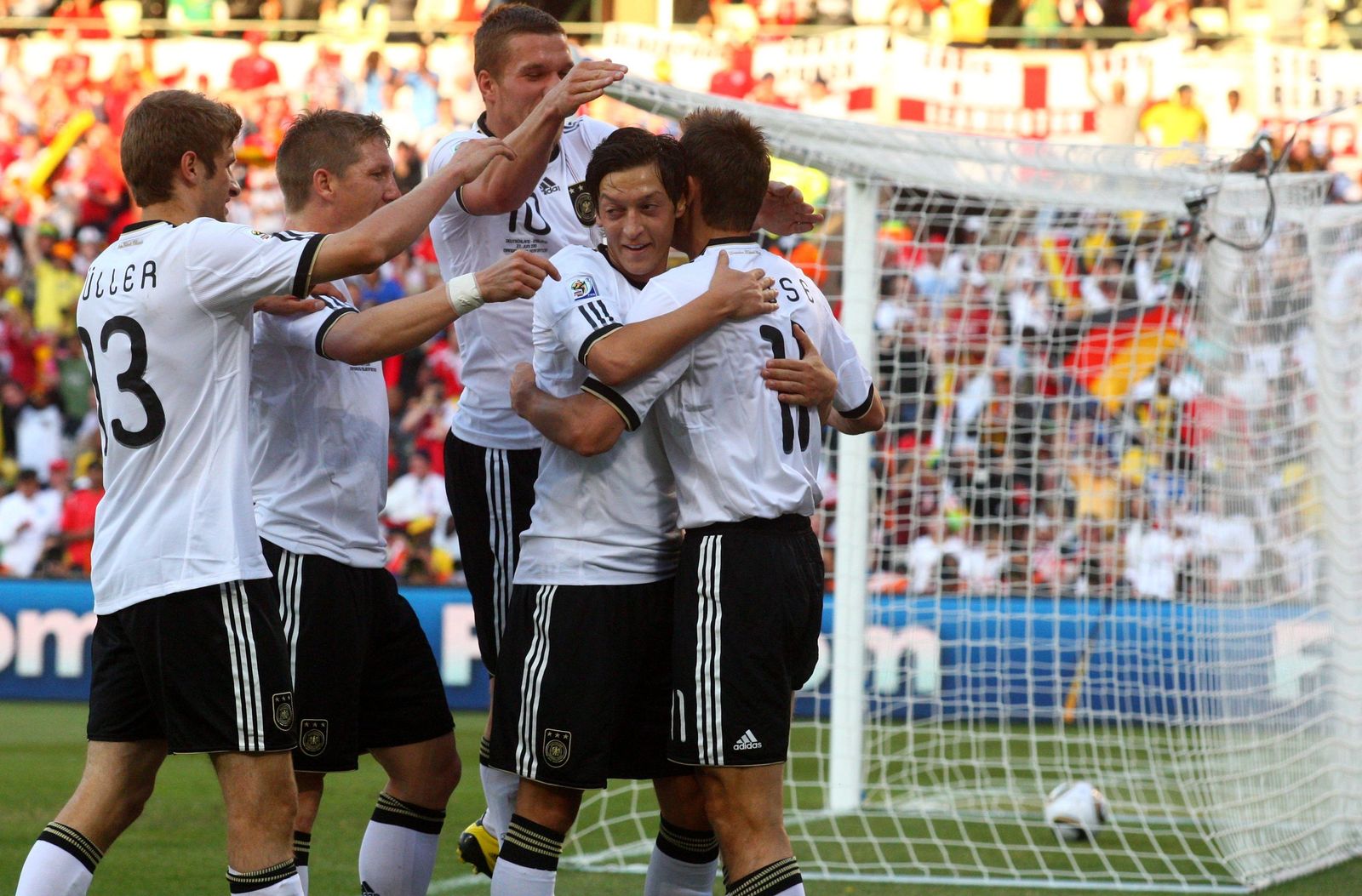 The German football team competing at the World Cup in South Africa this week -- one of the more ethnically diverse teams in the tournament. 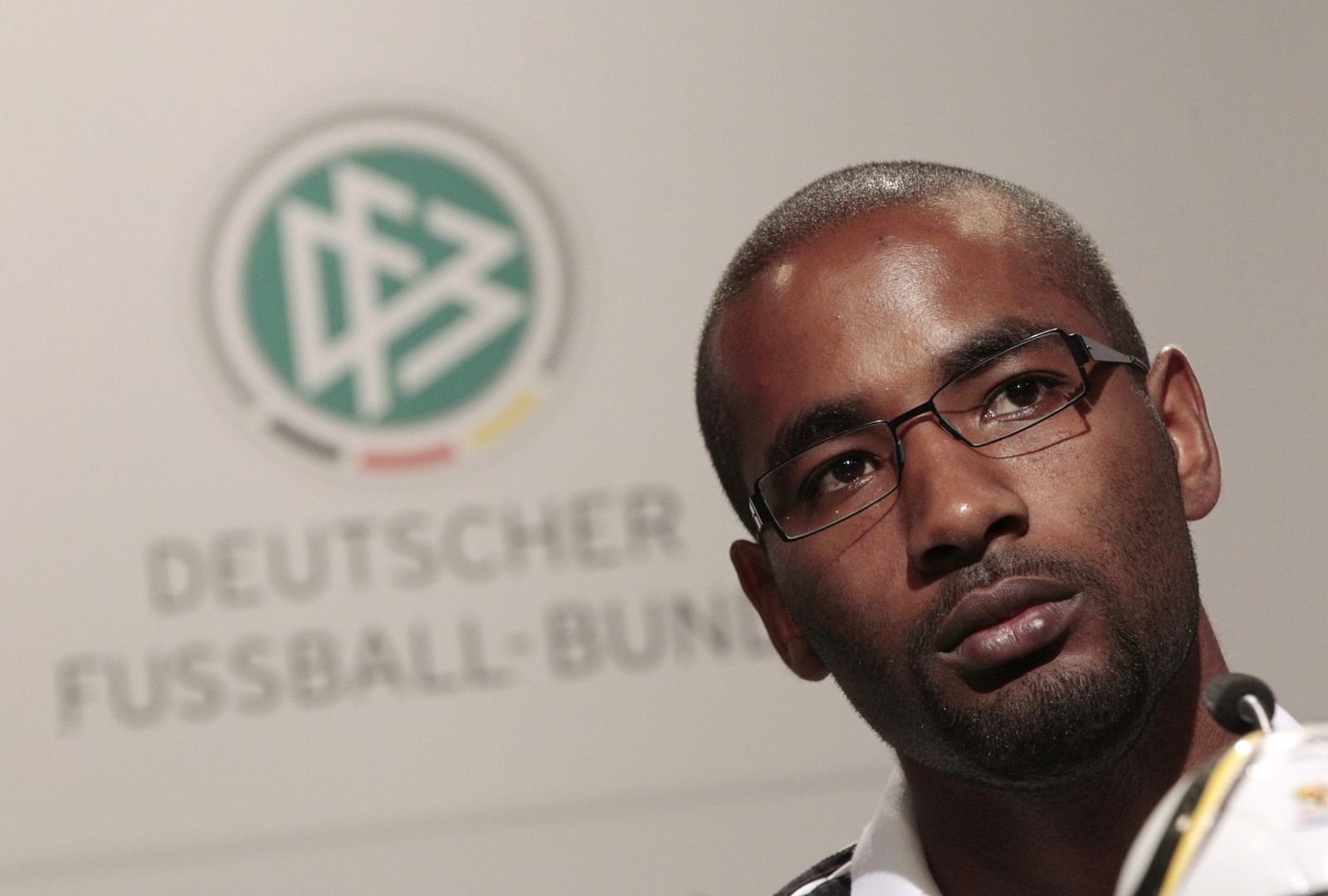 Cacau was born in Brazil and arrived in Germany 10 years ago, receiving his German passport just in time to make the World Cup squad.