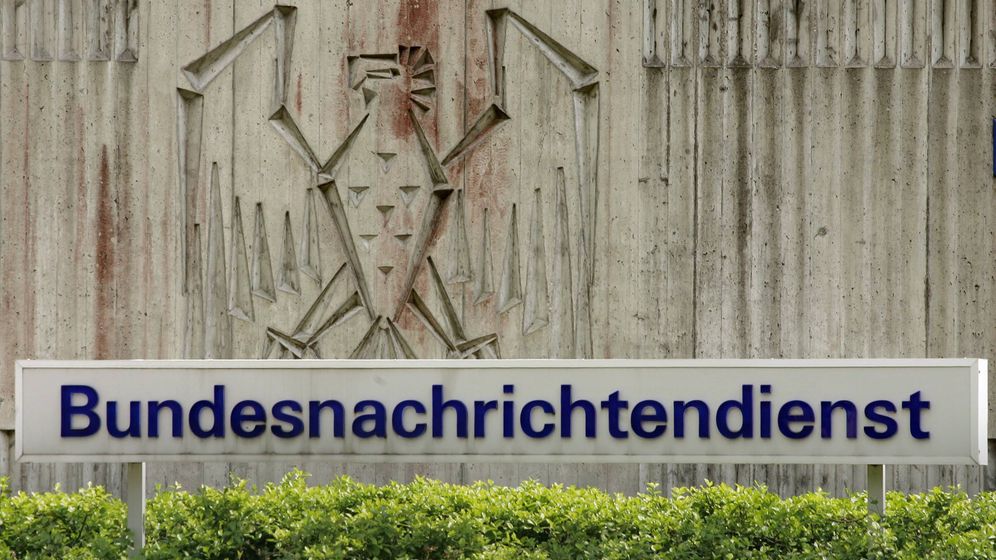 They called Johannes Clemens the "Tiger of Como." When an SS captain bore a nickname like that, it rarely meant anything good. Clemens belonged to a squad that shot 335 civilians in the Ardeatine Caves near Rome in 1944, one of the worst massacres on Italian soil during World War II.

Former chief inspector Georg Wilimzig also had blood on his hands. His 300-member squad, known as IV/2, murdered thousands of men, women and children following the German invasion of Poland in 1939.

After 1945, Clemens and Wilimzig both found themselves working for the same employer -- the Bundesnachrichtendienst (BND), Germany's foreign intelligence agency.

It's no secret that intelligence agencies don't like to disclose too much information about their own histories. There is even less transparency when that history involves mass murderers among the ranks. For this reason, it is all the more remarkable that the current BND head, Ernst Uhrlau, has been pushing for years to have more light cast on the early years of his organization, as part of Germany's ongoing efforts to come to terms with its Nazi past. Uhrlau, a member of the center-left Social Democratic Party (SPD), has been trying since 2006 to move the issue forward.

Blocked by the Chancellery

Still, the BND boss doesn't have free reign. His organization answers to the Chancellery and, until last year, Angela Merkel's staff blocked all his attempts. Since then, though, the government in Berlin has taken a somewhat more relaxed position toward the BND's history -- after all, it doesn't look good if the German Foreign Ministry and Finance Ministry allow research into their Nazi past, but the BND refuses.

As a result, the intelligence agency will sign contracts with a historical commission during the next few days. Historians Jost Dülffer, Klaus-Dietmar Henke, Wolfgang Krieger and Rolf-Dieter Müller will look into the BND's early years, as well as the history of its predecessor, known as the Gehlen Organization, or Org.

It's already apparent that these investigations will not only reflect poorly on the BND, but will also raise uncomfortable questions for the conservative Christian Democratic Union (CDU), its Bavarian sister party the Christian Social Union (CSU) and its coalition partner, the business-friendly Free Democratic Party (FDP). The recruitment policies adopted by the Org and subsequently the BND, which was founded in 1956, were hardly a secret even in the 1950s. During that period, Chancellor Konrad Adenauer headed a coalition made up predominantly of the CDU, CSU and FDP.

The British press at the time openly mocked the "Gestapo boys" working at the BND's headquarters in Pullach, near Munich. The then-opposition leader and SPD head Kurt Schumacher is known to have raised the subject with Adenauer, who was also the head of the CDU. Schumacher described the Gehlen Organization as "riddled" with former members of the murderous Sicherheitsdienst (SD), the SS's intelligence agency, claiming they were "deliberately placed in low-ranking positions, to disguise them for the time being."

CIA documents turned up by the BND's historical department show that the Bundestag, Germany's parliament, was also informed about the matter. According to these documents, Reinhard Gehlen, head of the Org and later president of the BND, told the Bundestag's Committee on European Defense on Dec. 11, 1953, that around 40 of his employees came from the SS and SD.

Although judges at the Nuremberg Trials had described both organizations as "criminal," members of the Bundestag committee told the press after the session, speaking on condition of anonymity, that the general had "made an excellent impression."

In assembling his organization, Gehlen initially avoided taking people who had been loyal to SS commander Heinrich Himmler, preferring to take officers instead. Until 1945, Gehlen, who grew up in Silesia, had headed a division of the general staff that prepared analyses about the Red Army. Shortly before the end of the war, he issued an order to film and then bury important documents. American interrogators were thrilled when Gehlen later handed over these records.

The Cold War was looming, and Gehlen, who knew how to sell himself, received an assignment in 1946. He and his old comrades were asked to collect information on the Soviet armed forces once again -- but this time for the US Army.

The former Wehrmacht general soon oversaw several thousand employees, funded and overseen by the Americans. The only stipulation was that he had to make sure not to hire any war criminals. This was due less to moral reasons, however, than to concerns that Nazi murderers would be susceptible to Soviet blackmail.

At the same time, the US Army wanted the Germans to find out about Soviet agents' activities in the American occupied zone. The so-called Agency 114, set up for this purpose, became one of the main points of entrance for Nazi criminals, as former BND employee Hans-Hennig Crome explains.

Indeed, Crome knows what he's talking about. In the 1960s, on Gehlen's orders, he collected material on BND employees with Nazi backgrounds, after several of them, including Johannes Clemens, the "Tiger of Como," were revealed to be Soviet spies. The BND suspected the KGB might also have used other employees' pasts to coerce them into turning on the German intelligence agency.

The young Crome came across Alfred Benzinger, who was nicknamed "der Dicke" ("Fatty"). A former sergeant with the Nazis' notorious Secret Field Police (GFP), Benzinger now headed Agency 114. The agency was located in a back courtyard on Gerwigstrasse in the city of Karlsruhe, behind a doorplate advertising "Zimmerle & Co.," a company supposedly specializing in roller blinds.

At Gehlen's behest, Benzinger used the counterintelligence assignment from the Americans to establish a comprehensive network of informers watching leftists and pacifists. A conservative and a nationalist, Gehlen sensed "Bolshevik Trojan horses" everywhere, "weakening Germany in preparation for a subversive takeover by Communists."

Glossing over Their Pasts

Benzinger "openly recruited" former members of the Gestapo, SS and SD, as CIA agent James Critchfield later reported. Critchfield oversaw the development of the German intelligence service. According to the CIA agent, word quickly got around among former SD members that there were jobs to be had with Gehlen.

Konrad Fiebig, who would later be charged with the murder of 11,000 Jews in Belarus, was one of these men. Another was Walter Kurreck from the SS death squad Einsatzgruppe D, who was responsible for tens of thousands of murders. Many of these men made statements attesting to one another's trustworthiness, while glossing over their own pasts. A mission to commit murder with an SS unit, for example, might be euphemistically described as a "regular group deployment to the front."

Some at the BND are secretly hoping the historical commission will find that headquarters in Pullach did know at the time about these SD and SS connections, but was unaware of its own employees' crimes. That outcome would also exonerate those who held political responsibility -- meaning Adenauer.

That hope is unlikely to come true, however. As Critchfield wrote, Gehlen viewed hiring possible criminals as "an acceptable political risk," apparently due to the good relations Gehlen enjoyed with Hans Globke, Adenauer's chief of staff.

Fewer Nazis than in Most Ministries

Gehlen had nothing to fear from Globke or Adenauer. As the CIA reported prior to the German government's 1956 takeover of the Gehlen Organization, the government was no longer concerned with "former Nazi and SS-types," in the CIA's words.

If there was ignorance on the matter, it was only because no one wanted to know -- not Gehlen, not Adenauer, not Globke and presumably many others as well.

As Gehlen once told the CIA, his agency employed, in percentage terms, fewer former SS and SD members "than most ministries."

The ministries he meant were those of the German government in Bonn.