During the past year, Islamist organizations experienced a surge in support in Germany according to an annual report from the Federal Office for the Protection of the Constitution obtained by SPIEGEL in advance of its planned public release on Tuesday.

The report states that the number of members and supporters of groups like Milli Görüs, the largest Islamist organization in the country, or Hezbollah in Germany rose from 38,080 in 2011 to 42,550 last year.

The largest growth was seen among members and supporters of Salafists, which increased from 3,800 to 4,500, the government agency stated. Last year, German Interior Minister Hans-Peter Friedrich of the conservative Christian Social Union moved to ban three Salafist groups.

The Office for the Protection of the Constitution, the domestic intelligence agency responsible for monitoring extremism, observed varying trends among far-right groups in the country. The National Democratic Party (NPD), a political party that holds seats in parliament in the states of Saxony and Mecklenburg-Western Pomerania and is identified by the intelligence agency as a far-right and xenophobic group, saw its membership decline to 6,000 members.

The regional governments of Germany's 16 federal states are planning a legal motion to get the party banned. But the complexity of the case, which would be heard by the Federal Constitutional Court, has delayed the process. The motion may not be filed before the September general election. 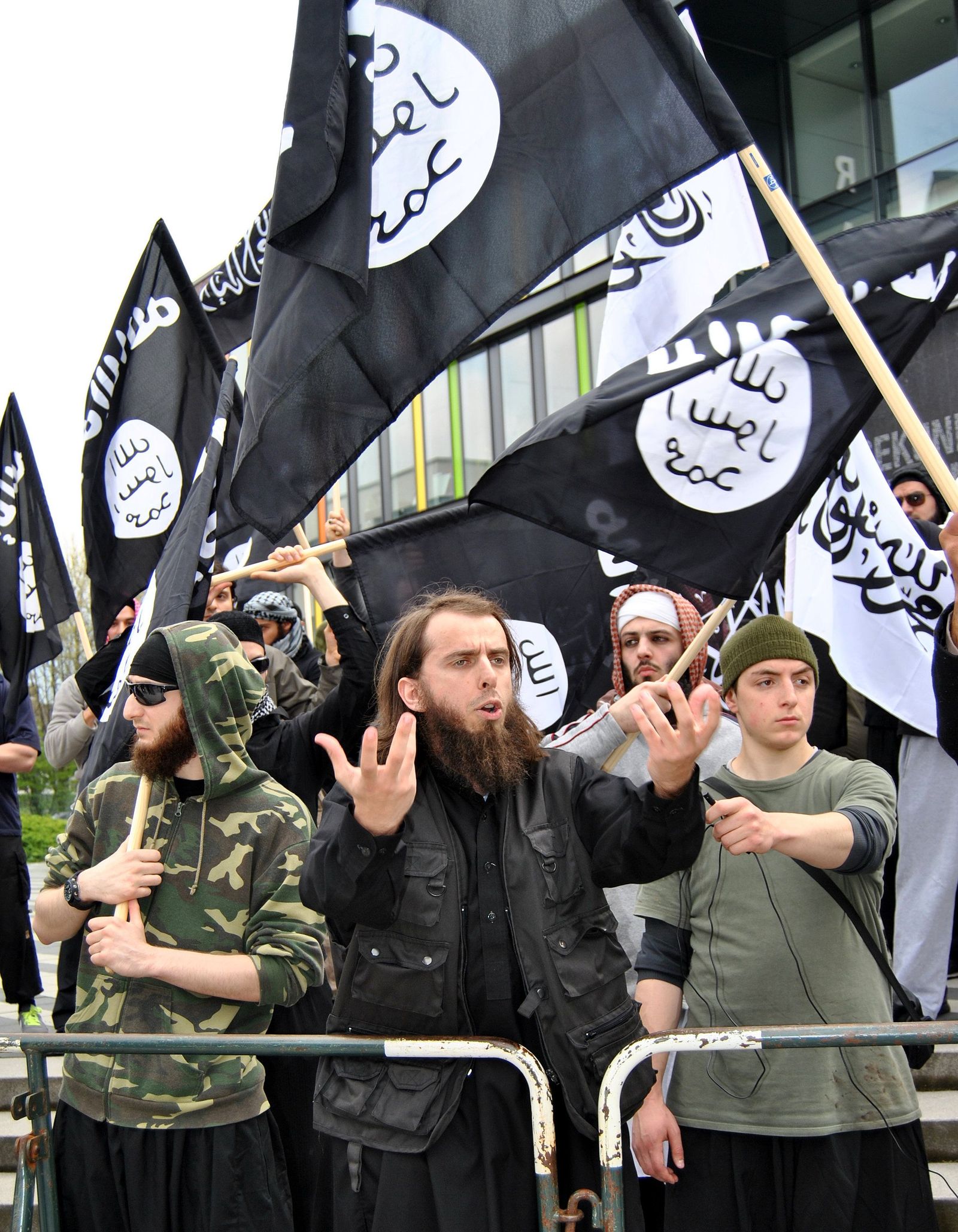 Salafist supporters participate in a protest in Cologne in 2012.