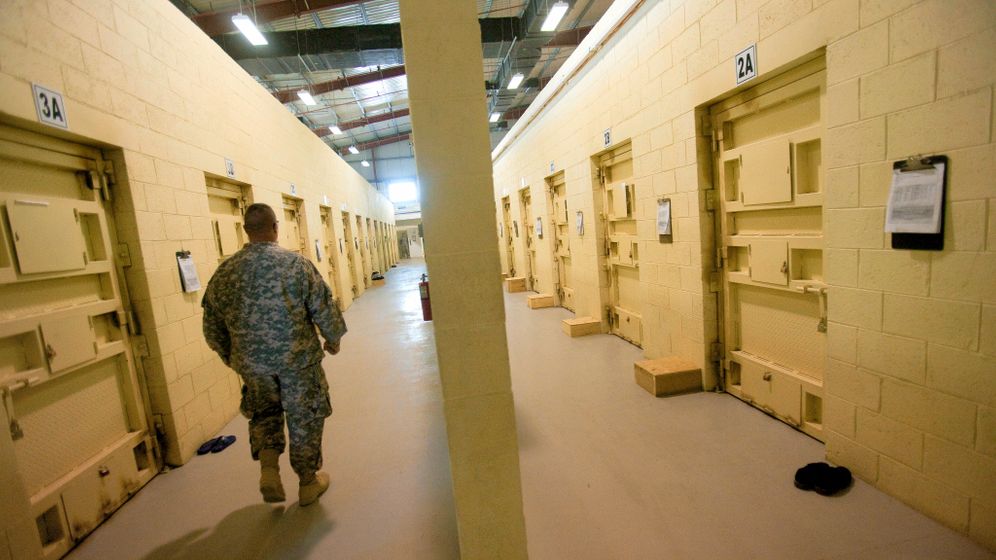 In the first days after September 11, 2001, Ahmad Sidiqi was considered to be a supporter of jihad. One of his friends in Hamburg had provided assistance to one of the pilots who participated in the attacks on New York and Washington. And he himself had worked as an airplane cleaner at Hamburg Airport. Occasionally, he also helped out the family of terrorist accomplice Mounir el Motassadeq, including a summer vacation taken together in Morocco in 2002. Eventually, though, security officials lost all traces of Sidiqi.

Today, Sidiqi, 36, is considered a terrorist -- and if the words he has spoken in interrogations are to be believed, then he already has a remarkable career in the field behind him. The Afghan-German, who was arrested in Kabul at the beginning of July, is now being held in the notorious prison at the US military's Bagram base near Kabul. He is considered by the Americans to be their most important prisoner at the moment, and is being interrogated by special units of the CIA and the American military. Security authorities in a number of countries are currently analyzing his statements.

In German, France, Britain and the US, security precautions have been implemented. In Germany, the Federal Criminal Police Office has set up a special task force. Federal Interior Minister Thomas de Maizière of Chancellor Angela Merkel's conservative Christian Democratic Union (CDU) started receiving daily briefings on the situation weeks ago. And the case is being coordinated at the highest levels of government between Washington and Berlin.

Officials in both capitals are assessing possible terrorist plans in Europe -- apparently prepared by a top al-Qaida official called Sheikh Younis al-Mauretani -- that Sidiqi spoke of during his interrogations. Sidiqi also alleges that Osama bin Laden approved the plans and provided some of the money for the operation.

Sidiqi, who has been a naturalized German citizen since 2001, left Hamburg on March 4, 2009, together with his Indonesian wife, his brother and another married couple. The brothers had prayed together at the mosque on Hamburg's Steindamm street which used to be called the al-Quds mosque. It had been a meeting place for Mohamed Atta and other members of the terror cell that would later hijack and pilot the planes used in the Sept. 11 attacks. Later, it was renamed the Taiba mosque, but it remained a focal point of the city's Islamist scene. Then, once again, a group of young, radical men formed there who had been seduced by the notion of jihad -- and Sidiqi was one of their leaders.

In early 2009, around a dozen volunteers from Germany left the country. Sidiqi's group flew with Qatar Airways to Peshawar, Pakistan, via Doha. From there, they continued into the country's tribal areas in the northern part of the country along the border to Afghanistan. In the beginning, Sidiqi apparently told his interrogators, he first went from training camp to training camp, and spent some time in one run by the Islamic Movement of Uzbekistan. He also said he had participated in combat in Afghanistan and that he had met Said Bahaji, who is on most-wanted lists around the world as an accomplice in the 2001 terror attacks. In the end, Sidiqi moved to Mir Ali, which has become the unofficial capital of the jihad movement in the region. The city is well known by intelligence services because it is used as a transit point by insurgents.

During the early part of summer 2010, an unexpected guest showed up in Mir Ali: Younis al-Mauretani -- the man who, Sidiqi claims, has now risen to become al-Qaida's No. 3. The sheikh is surrounded by a mysterious aura, and he is said to be a "spiritual leader," a kind of military chaplain for jihadists. But this is the first time his name has ever been associated with attacks.

Sidiqi allegedly told his interrogators that Younis' bodyguards arranged a highly secretive meeting in Mir Ali. He said he was forced to take the battery out of his mobile phone and hand over the device. He also had to pass through a number of checkpoints set up to keep out any of Sidiqi's pursuers. In the beginning, Sidiqi said in his interrogation, the sheikh quizzed Sidiqi on his theological knowledge and also asked him questions about the Koran.

Then, he apparently claimed to have discussed possible attacks in Europe with Younis. France had been named as a possible target as well as Britain. Communication was to be conducted through new, even "cleaner" computers and secret e-mail accounts. However, Sidiqi allegedly said nothing about locations, times or the names of possible perpetrators.

His statements apparently alarmed Sidiqi's American interrogators. Still, it remains unclear whether the reports can be considered reliable or whether Sidiqi's claims are the typical al-Qaida brew, consisting of one-third truth, one-third lies and one-third omission. Although the CIA is taking Sidiqi seriously, German authorities are more reserved in their analysis.

The Americans feel their concerns have been strengthened by another warning that has been circulating in Washington. According to that information, a group of around a dozen fighters were already trained some time ago in bombing buildings and were later dispatched to Europe. This group is apparently preparing for attacks modeled after those which took place during the three-day attack on Mumbai in November 2008 in which terrorists attacked several hotels and murdered a total of 174 people.

So far, most warnings of this type have proven to be false. For their part, German investigators will soon have the opportunity to decide for themselves whether Sidiqi's statements are credible or not.

On Sunday, a German diplomat met with Sidiqi at Bagram, a development that has been confirmed by the Foreign Ministry, although officials provided no further details. And a delegation from Germany's intelligence agencies is currently preparing to travel to Afghanistan, where they will interrogate Sidiqi themselves. 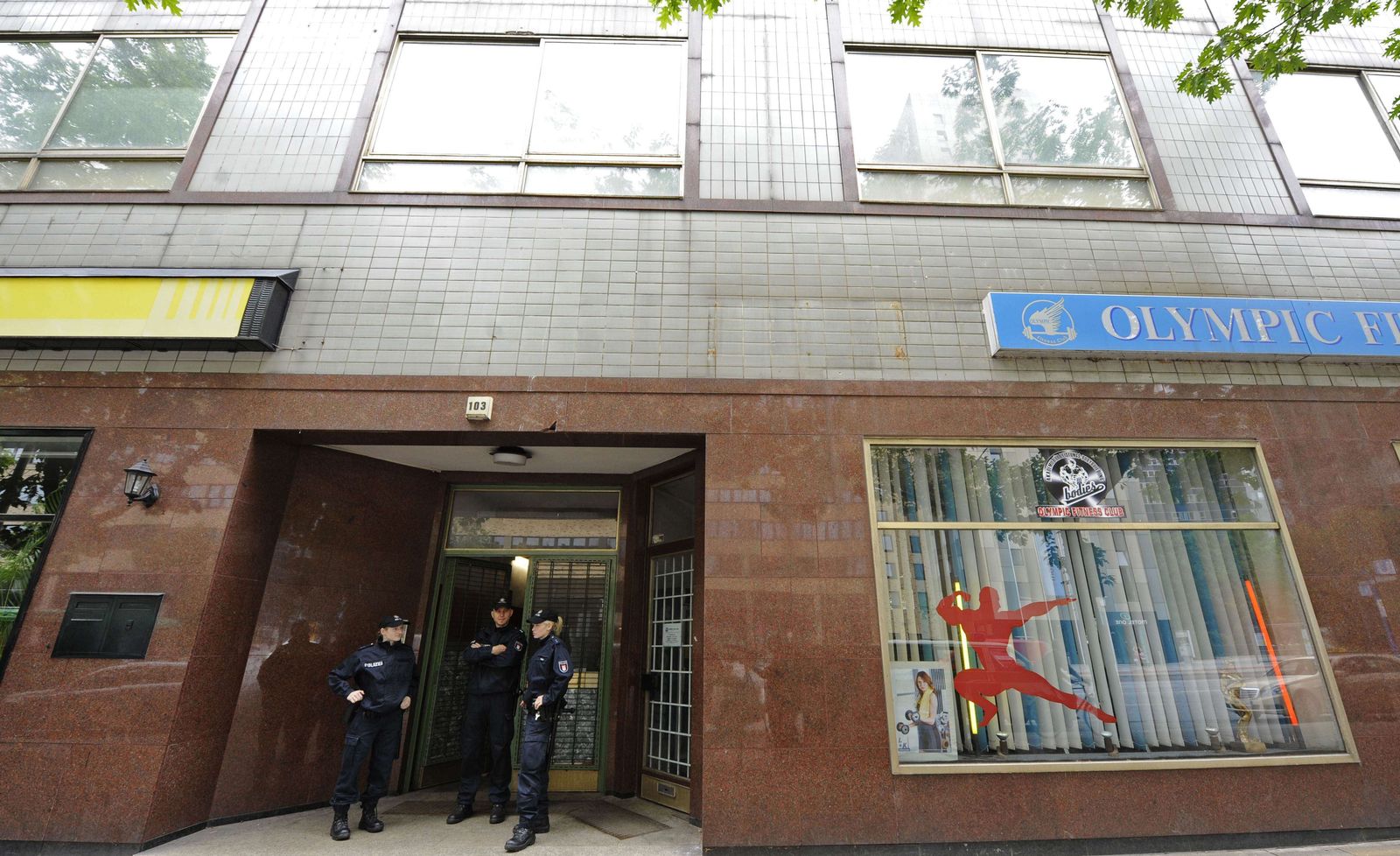 It is unknown how credible Sidiqi's statements are. What is know about him is that he attended prayers at the mosque that used to be known as the al-Quds mosque in Hamburg, Germany, where Mohamed Atta and other terrorists responsible for the US attacks also prayed. 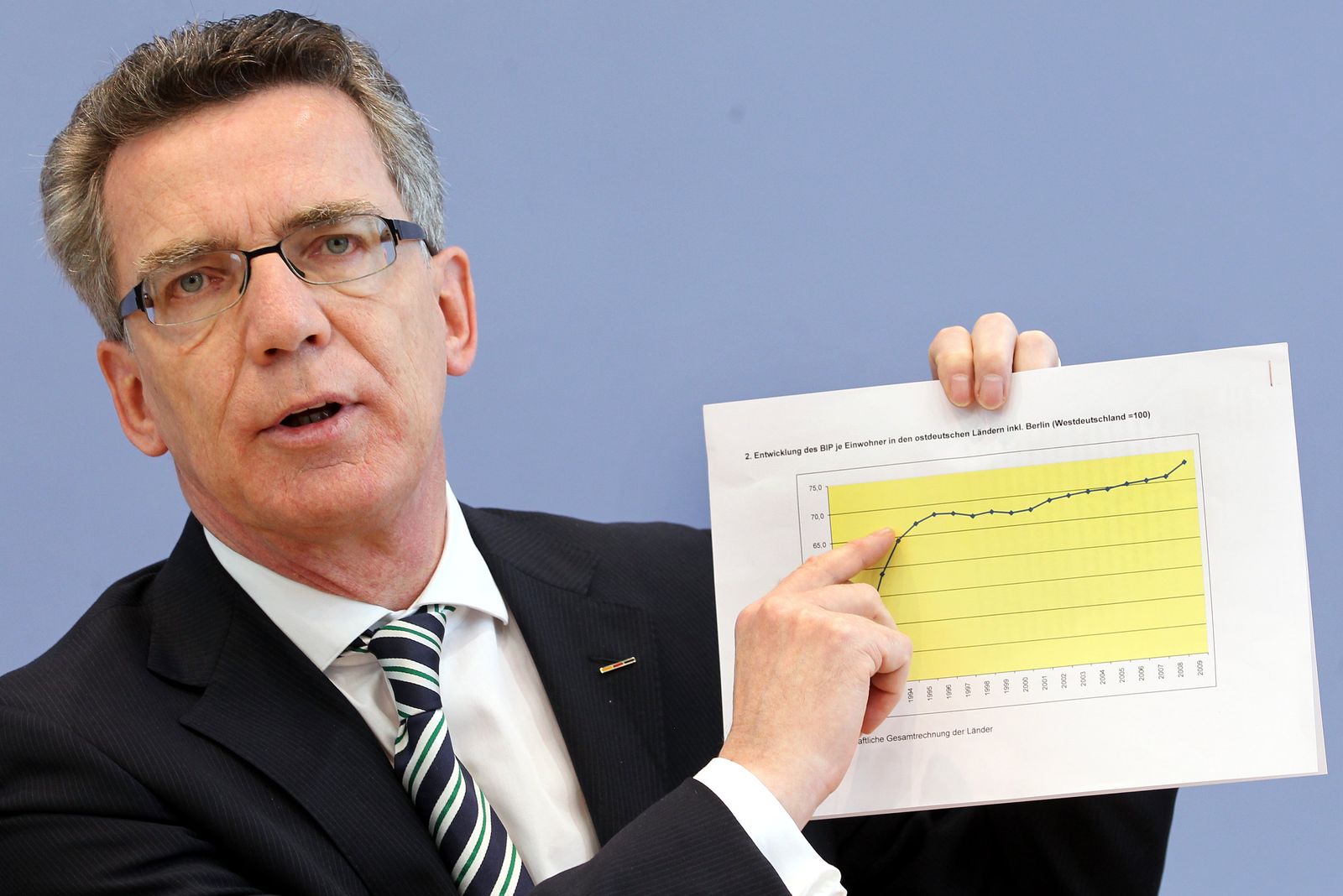 As a result of Sidiqi's claims, German Interior Minister Thomas de Maiziere has been receiving daily briefings on the situation for weeks now. The case is being coordinated at the highest levels of government between Washington and berlin. Officials in both capitals are assessing possible terrorist plans in Europe.