SPIEGEL: You worked with the Hauptverwaltung Aufklärung (HVA), East Germany's foreign intelligence agency within the Ministry for State Security, or Stasi. From the perspective of a professional, how good was the NSA in the 1980s?

Eichner: Among all the Western agencies that were involved in communications intelligence, the NSA was the leader and the top intelligence agency -- from the perspective of both their equipment and their personnel.

SPIEGEL: How eager was the NSA back then to collect data?

Eichner: Even then, they wanted to know everything, but they didn't have all of the technical abilities to collect and process it all.

SPIEGEL: In your book about the NSA, which was just recently published, you describe how the Stasi managed to access internal NSA information.

Eichner: Yes. One of our sources had been in the technology department of the BND (Eds. Note: West Germany's foreign intelligence service, the Bundesnachrichtendienst) since 1972 and had extensive knowledge of the BND's partnership with the Americans. He was the first to inform us of the Combined Group Germany in Munich, where information was exchanged between the BND and the Americans.

SPIEGEL: What did the cooperation between the Americans and the West Germans look like?

Eichner: It was pretty one-sided. We knew that the Americans coolly rejected inquiries about East Germany. BND leaders approached NSA liaison officers several times because they wanted access to information that the NSA had collected from its post on Teufelsberg Hill in West Berlin. They wanted the original recordings, but the Americans only gave them information that had already been processed. Selected information.

SPIEGEL: How did the BND respond to such rejections?

Eichner: The BND turned to the French and together, they built a joint station at Tegel Airport that monitored the same East German communication channels as the Americans.

SPIEGEL: Did you have any knowledge about the NSA targeting people, institutions or agencies in West Germany?

Eichner: The ears of the NSA weren't just aimed at the east. In West Berlin and West Germany, the NSA worked in all directions. Files were kept on leading West German politicians and businessmen.

SPIEGEL: What was more important for the Americans: To have the BND and West German agencies as partners or to have them as surveillance targets?

Eichner: The Americans had the perspective of a large power looking down on a junior partner, one that was mostly obedient but which occasionally strayed from its trained behavior. They were never of one mind and one heart. The West Germans always had a strong interest in playing a role in the information collected by the US. Even today, the American presence on German territory is so massive that they don't need any help when it comes to surveillance to the east. They would rather do things themselves than become dependent on the Germans.

SPIEGEL: How many sources did the HVA have for obtaining information from the NSA?

Eichner: Two. In 1984, we were able to recruit James Hall, who initially worked on Teufelsberg in West Berlin before transferring to Frankfurt. His handler was Hüseyin Yildirim, a Turkish man who lived in West Berlin and who also worked as a courier. And we had Jeffrey Carney -- alias "Kid", who worked at a US Air Force facility in the Berlin district of Marienfelde -- as a source.

SPIEGEL: What did these sources deliver?

Eichner: Through these people, we obtained documents we could only have dreamed of. The fact that a non-commissioned officer like Hall had access to crucial NSA documents was unbelievable: all directives, the National SIGINT Requirements List (NSRL), which is where all US ministries and intelligence agencies noted their preferred surveillance targets. It was 4,200 pages long.

SPIEGEL: Was the NSA just as poorly secured back then as it is today, in the era of Edward Snowden?

Eichner: The security provisions, at least in the 533d Military Intelligence Battalion in Frankfurt, were weak.

SPIEGEL: Did West German politicians ever see it necessary to focus on US agencies in their own counter-espionage efforts?

Eichner: No, and that is exactly the problem. The Office for the Protection of the Constitution (Eds. Note: BfV -- Germany's domestic intelligence agency) did not have a counter-espionage department that looked westwards. The politicians and intelligence officials responsible knew that the Americans also worked against West Germany, but they didn't view it as a hostile act.

SPIEGEL: Did the revelations from Edward Snowden surprise you?

Eichner: The NSA's approach didn't surprise me. Intelligence agencies want to know everything. But the vast scope of NSA surveillance surprised me.

SPIEGEL: How do you see the information made public thanks to Snowden?

Eichner: We couldn't use our information at the political level, because we wanted to protect our sources. The great thing about whistleblowers is that they can make explosive information public and force politicians to take a stand. The reactions of the politicians demonstrate that people like Chelsea Manning, Julian Assange and Edward Snowden have hurt them badly with their revelations.

SPIEGEL: What would you advise Snowden to do?

Eichner: To reveal to his Russian partners how to access the system and how they should evaluate it, also for future reference.

SPIEGEL: But were he to do that, he would surely face the death penalty in the US.

Eichner: Of course. But he already does. 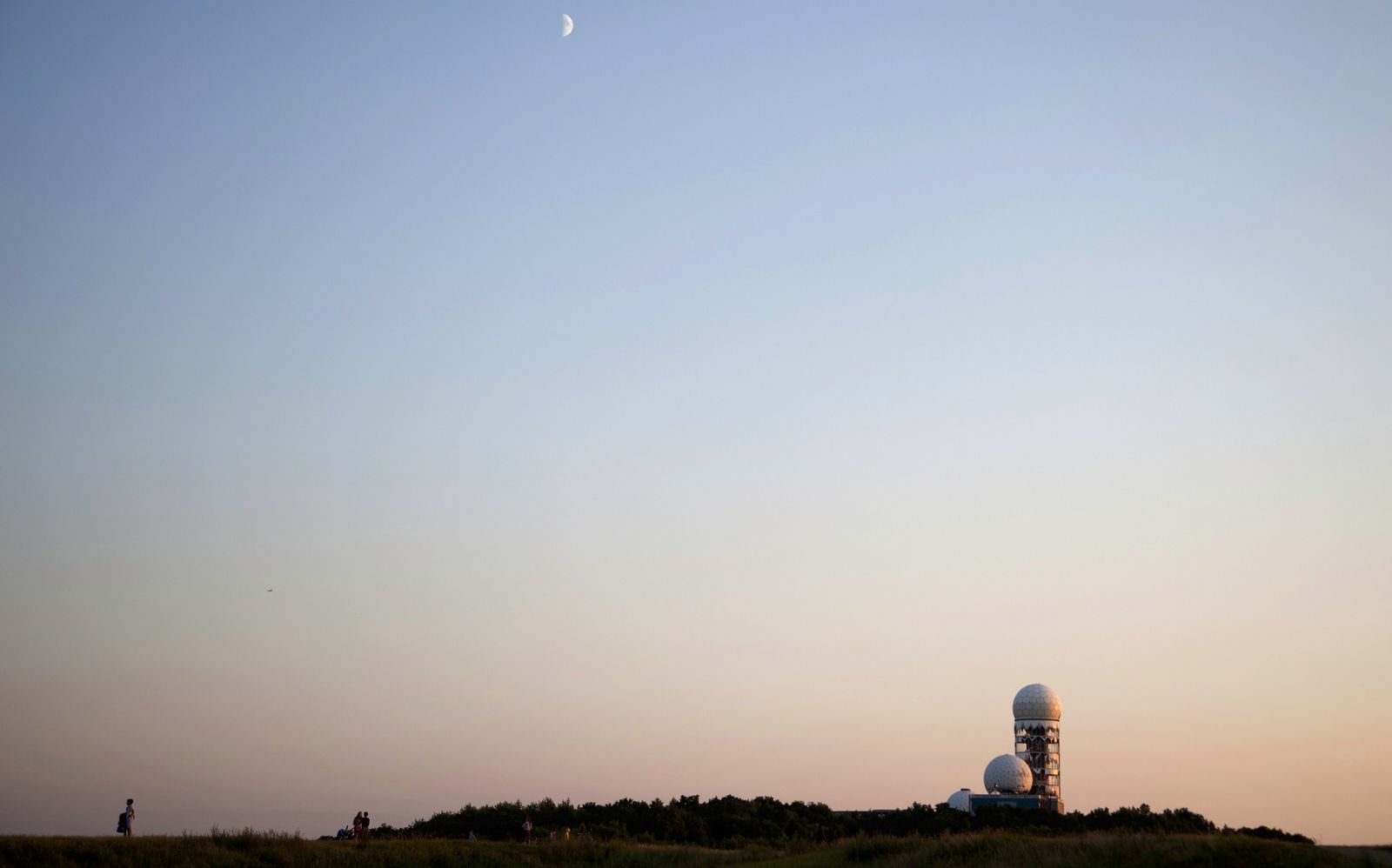 The former NSA listening station on Teufelsberg in Berlin.