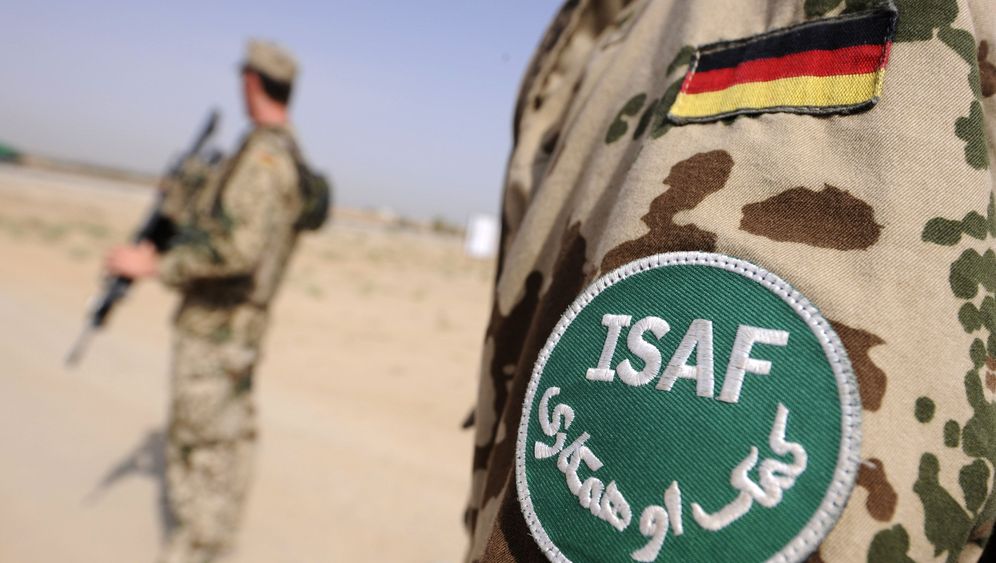 SPIEGEL: Minister Guttenberg, how will the German Armed Forces, the Bundeswehr, look in 10 years?

SPIEGEL: Could you perhaps elaborate a bit?

Guttenberg: In 10 years we will have caught up on the backlog of necessary reforms. The army will be smaller and trained for the challenges of asymmetrical threats. It cannot be, with 252,000 soldiers, that we have already reached the limits of our abilities when only 8,000 soldiers are deployed at the same time. In 10 years we will be more professional, faster and more flexible. We will have the potential to deploy our soldiers around the world and still not neglect our own defense.

SPIEGEL: In 10 years, what portion of the military's activities will consist of national defense?

Guttenberg: Less. The necessity of defending our borders has already shrunk to a minimum. The Bundeswehr's structures, though, still reflect to an extent the spirit of the Cold War. There have been attempts to change this, calling the process "transformation," but so far this has brought too little progress. I've created a structural commission for this reason. That seems to me the more fitting word -- we need to change structures as well.

SPIEGEL: Why would you be able to achieve what none of your predecessors has managed in the past two decades?

Guttenberg: Because up to now, far too many people were able to use this argument: Let's see if we can free up some funds here or there, without taking any drastic measures or alarming anyone. Those days, unfortunately, are over. Now not only do we want to reform, we must reform. Simply put, there isn't enough money.

SPIEGEL: Some have accused you of precisely this -- determining security policy according to finances.

Guttenberg: The first thing here is to take a sober look and observe that the fundamental financial framework for our army is initially determined by the budget. Naturally, this framework must be taken into account in any structural considerations. Financial necessity should never be the reason for reforms. But at the same time, that necessity offers a singular opportunity to finally implement the things we believe are right -- because there is no alternative. In the past, we simply did not dare to take serious action. Sometimes it was out of consideration for local authorities, sometimes out of consideration for industry. But it is irrational to arrange everything this way.

SPIEGEL: We can imagine how this will turn out: National defense will be scaled down on all sides -- except in electoral districts belonging to members of the budget committee in the German parliament, the Bundestag, or in states with strong governors able to make their complaints heard with the chancellor.

Guttenberg: Definitely not, because many people are well aware of the path we need to take -- even if we certainly still have some convincing to do here or there.

SPIEGEL: Will Germany still have compulsory military service in 10 years?

Guttenberg: It will still exist in the constitution, but in practice it will be gone in 10 years. A highly professional, exceptionally equipped and flexible operational army hardly has the capacity to train recruits. The structural commission and my office, as well as party leaders and party groups in parliament, will take up the issue.

SPIEGEL: We have heard that the abolition of compulsory service is already a done deal in your office. What, then, is the point of the structural commission?

Guttenberg: My personal preferences may be evident, but we're conducting a debate that is open to various possibilities and a review up to autumn.

SPIEGEL: What caused this sudden change of heart? You were always a resolute champion of conscription.

Guttenberg: I was and I still am, as long as we can afford it. I've been struggling with myself for precisely this reason. Compulsory military service has been proven over the course of more than 50 years. Now, though, it is time to find realistic solutions. By no means should this give a fatalistic impression that (mandatory) conscription is being cut just to save a little money. First and foremost, if we decide to repeal it, it will be for structural reasons.

SPIEGEL: In that case, it wasn't especially clever to suggest doing away with conscription just before a meeting of Chancellor Merkel's cabinet to come up with a plan for austerity measures.

Guttenberg: I will have to live with that accusation, but I am not going to take it too personally. It is very clear that the structures of the Bundeswehr need to be changed. The implementation of these changes is simply being sped up by the current need to cut costs.

SPIEGEL: Drafted soldiers were always meant to provide a link between general society and the army. Why is it that we suddenly don't need this link anymore?

Guttenberg: The bond between the military and society is a question of political will. Just discontinuing the draft does not mean the creation of a parallel society.

SPIEGEL: You aren't concerned that the Armed Forces will become an army of hooligans and right-wing radicals -- a gathering point for those who have failed in other aspects of society?

Guttenberg: No, because we have the principle of leadership and civic education which has proved itself effective. That occasional individuals draw bad press is far from abnormal. The same thing happens in other parts of society, and it also happens in the conscripted army.

SPIEGEL: Without compulsory service to provide a trial run of army life, the Armed Forces risk running out of new recruits. That has actually happened in other NATO countries.

Guttenberg: There are certainly also problems with ending compulsory service. But take the United States as an example -- there is little difficulty recruiting there. The British army is also doing well, and Sweden will soon give up its conscription, too. The new system is also working in France, more or less. The Bundeswehr just needs to become more attractive as an employer.

SPIEGEL: That costs money, which is precisely what is in short supply.

Guttenberg: Certainly it is also necessary to pay proper salaries. But with a little creativity, we can find more economical methods of making the Armed Forces more attractive. A working childcare system, reasonable working hours and fewer location changes would all make a big difference. That is what we are working on.

SPIEGEL: Do military leaders accept your argument that Germany's operational army will no longer need drafted soldiers in the future?

Guttenberg: That argument was primarily formulated by military leaders. It is not the case here that the defense minister alone is taking over military planning. That would be completely overestimating the minister's abilities. Of course the first step was to ask military leaders.

SPIEGEL: And they said, We can do without compulsory military service?

Guttenberg: Yes, and in fact not only "can" we, but under certain circumstances we must do without the draft.

SPIEGEL: If the matter is so unambiguous, then why did Chancellor Merkel and Horst Seehofer -- the head of your party, the Christian Social Union (CSU), the Bavarian sister to Merkel's conservative Christian Democrats (CDU) -- shoot you down at first?

Guttenberg: The rule of thumb is that whoever shoots down another person's proposal should be able to offer alternatives. We need to save billions in the coming years. Savings without reform is unthinkable. Secondly, the chancellor has expressed very clearly that no thoughts are forbidden. In fact, I notice a large degree of willingness to debate and discuss among my colleagues.

SPIEGEL: There seems to be a large degree of willingness to debate and discuss in the cabinet in general -- the need to take austerity measures seems to have turned everyone against one another. Do you still get along with your colleagues?

Guttenberg: Of course. We have to stick to our decisions and communicate clearly. Connecting the austerity package to the presidential election on June 30 would be egregious in every way. Some individuals have considered the possibility of introducing tax increases after election day, but that simply will not work. I want to express clearly that I abhor this suggestion.

SPIEGEL: One possibility for cutting costs would be a rational division of labor in NATO and the European Union. Doesn't it seem crazy that in a united Europe, each country still maintains an entire army?

Guttenberg: You are correct, such a division of labor is urgently needed, but in some places, it exists already. There is a German-Dutch corps and a German-French brigade, as well as joint defense projects. But we certainly have not yet found the splendidly successful model that I would like to see. In order to do so, we all need to overcome our national selfishness.

SPIEGEL: If there's one area that exhibits no concept of Europe as a whole, it's defense policy. Could you imagine one day having Dutch pilots monitor German airspace?

Guttenberg: It will be a laborious process, but I don't see the notion as absurd. There is no reason for each individual country in the EU to keep hold of every single task.

SPIEGEL: And presumably still more money will simply be thrown away on failed defense projects -- on helicopters that can't be used and cargo planes that don't fly.

Guttenberg: This is one of the four major aspects the structural commission is currently addressing. It is intolerable that defense projects are generally completed extraordinarily late and are exorbitantly expensive. And it is simply absurd to have a project that includes the number "90" in its name -- because it dates from 1990 -- and is still not fully operational.

SPIEGEL: What has gone so seriously wrong? Other countries seem to manage to get airborne.

Guttenberg: This is not a national phenomenon, but an international one. Still, the ministry does in fact lack appropriate project management and specialist personnel for the approval process. That is an area where we need to optimize further. On the other hand, we also cannot just allow the defense industry to get away with anything it can.

SPIEGEL: Why not put aside industrial policy considerations and make more off-the-shelf purchases?

Guttenberg: One thing is clear: Industry and regional structural policies alone can no longer be the only justifications for Bundeswehr decisions.

SPIEGEL: If you want to accomplish that, you'll first need structural reform within the CSU. There's hardly an area where the Bundeswehr plays such a large role in stimulating the regional economy as in your home state of Bavaria.

Guttenberg: And I am very open when it comes to this issue, even controversial to some. I believe the decisive factor for a deployed army is the safety and protection of our soldiers. If this safety and protection can be guaranteed, excellently and promptly, by a well-positioned company in Germany, then we will buy German products. But if it becomes clear that certain defense projects will require considerably more time than a competitor's product from another country, then for me protecting soldiers is paramount. We have made such decisions already.

Guttenberg: When it came time to replace an armored vehicle, we went with the Swiss "Eagle" again, because at that point there was no comparable German product. Everyone got in an uproar about it, but there was not any other way to do it.

SPIEGEL: Mr. Guttenberg, we thank you for this interview. 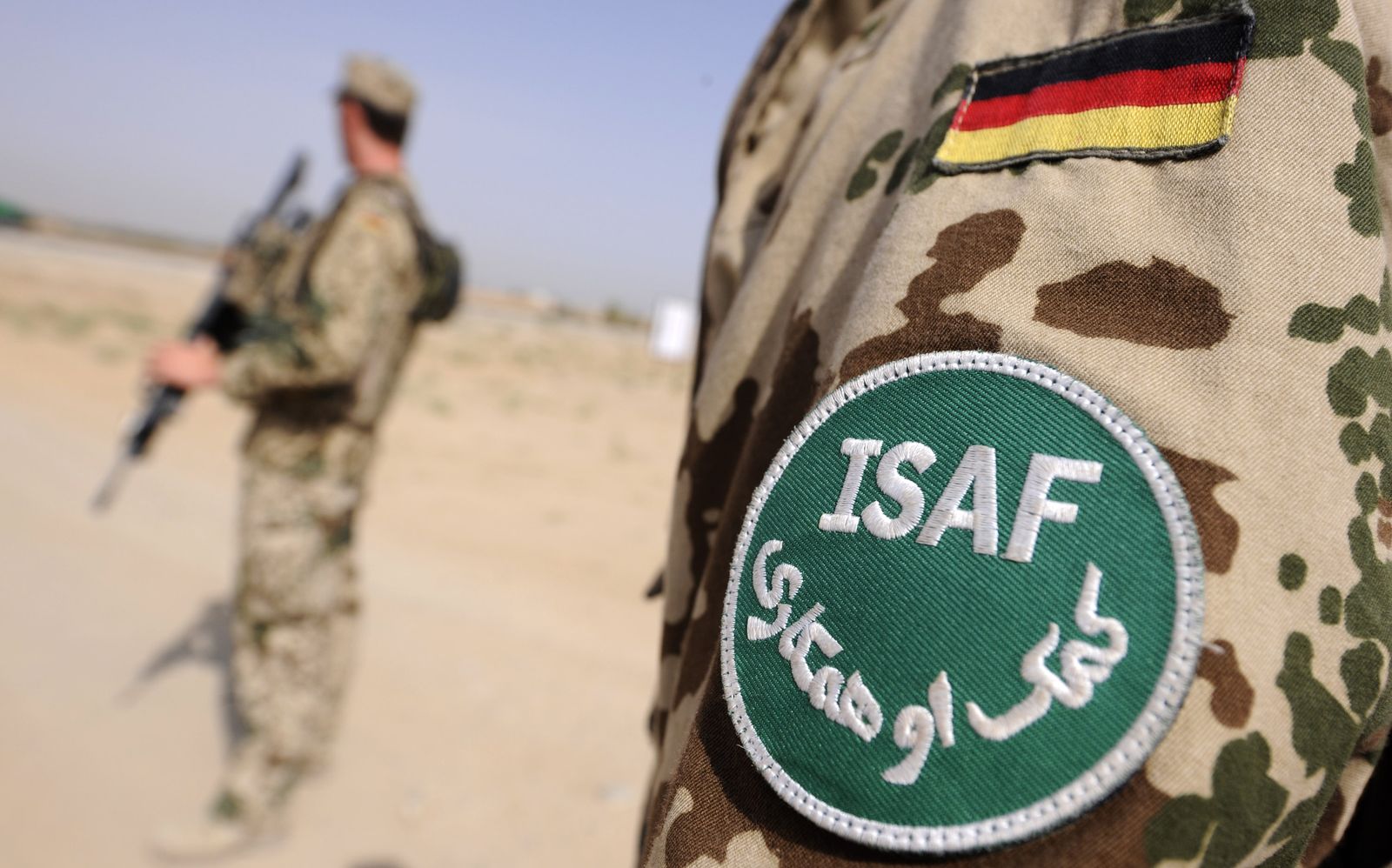 A member of the German armed forces, the Bundeswehr, in Afghanistan. Guttenberg says one opportunity for savings would be for European countries to work more closely together on military issues. "We all need to overcome our national selfishness," the defense minister says.