SPIEGEL ONLINE: What do you think of Günter Grass's poem, "What Must Be Said," which was published in Germany's center-left Süddeutsche Zeitung newspaper on Wednesday?

Wolffsohn: It would have fit well in the (German far-right weekly) National Zeitung -- and I mean that with no ifs or buts. In the poem, Grass makes the victims into perpetrators, and otherwise it contains pretty much every other anti-Semitic stereotype that we know from the far-right scene. And, on top of that, the language is completely lacking in sophistication.

SPIEGEL ONLINE: In a statement on Wednesday, the Israeli Embassy in Berlin pointed out that the poem was published just before the feast of Passover.

Wolffsohn: I noticed that, too. In doing so, Grass is following an ignoble tradition. The time around Passover has always been the time of pogroms and a time when the blood-libel myth about Jews is disseminated.

SPIEGEL ONLINE: Grass accuses Israel of claiming a "right to a first strike" which "could destroy an Iranian people." Do you really think that he is following an anti-Semitic tradition with such statements?

Wolffsohn: At the very least, I would not have expected such cluelessness from a former practicing Catholic like Grass, given the current tension between different religions. Apart from anything else, this talk of a "first strike" is total nonsense.

Wolffsohn: Israel has never threatened to conduct a nuclear first strike. The submarines referred to in the poem provide a second-strike capability. If one's own territory has been devastated by a nuclear attack, submarines give a nation the ability to respond to the attack. That's something obvious to anyone who knows anything about military strategy. Grass clearly has no idea about the topic.

Wolffsohn: That doesn't make things any better. By using the word "loudmouth," he is trivializing the nuclearization of Iran. The Jews have learned from history that threats are more than just crazy talk -- thanks to Hitler, for whom Grass fought.

SPIEGEL ONLINE: You are referring to the fact that Grass was recruited into the Waffen-SS as a teenager toward the end of World War II. It was against his will, as he explains in his autobiography "Peeling the Onion."

Wolffsohn: At it happens, I have just read the book, and I was shocked by how he played it down. At the age of 17, one certainly does possess a political consciousness. Grass is simply incapable of self-criticism. Apart from that, he himself also writes in his "Onion" book that he had volunteered for the Navy and would have also been happy to join a tank regiment. Not his parents, however.

SPIEGEL ONLINE: Do you believe him when he writes in his poem that he feels "connected" to the State of Israel?

Wolffsohn: I have never believed him. He was never a friend of the Jewish people -- this is a myth he constructed himself. During his very first visit to Israel, on the occasion of the first German-Israeli "culture week" in 1971, he already acted like a bull in a china shop, and lectured the Israeli audience on historical and moral issues.

SPIEGEL ONLINE: Grass writes that he was condemned to silence because, otherwise, he would be accused of anti-Semitism.

Wolffsohn: This is a very common stance in Germany: According to a poll by the Allensbach Institute, 52 percent of Germans believe that, when it comes to the issue of Israel and Jews, it is too easy to fall flat on your face. I am very cautious about using the term (anti-Semitic), but what Grass has written is an anti-Semitic pamphlet compressed into pseudo-poetry. Moreover, the possibility of an Iranian attack on Israel is the subject of extensive public debate, as is the question of a conventional bombing of Iran by Israel. Grass is living in a dream world if he believes there is some kind of taboo in that respect. It's yet another indication that the man engages entirely in navel-gazing.

SPIEGEL ONLINE: Grass is 84 years old. Can one argue in his defense that maybe he is getting a bit too opinionated or even confused in his old age?

Wolffsohn: No. I know the complete works of Grass -- he is really formidable in terms of language. And this undeniable eloquence is, in his case, fundamentally shaped by a moral and intellectual brutality. He appoints himself as judge and jury. The man is the sum of all his prejudices. Quite apart from that, there are also great works of literature that were written by authors of a similar age -- think of Goethe's later works, for example. 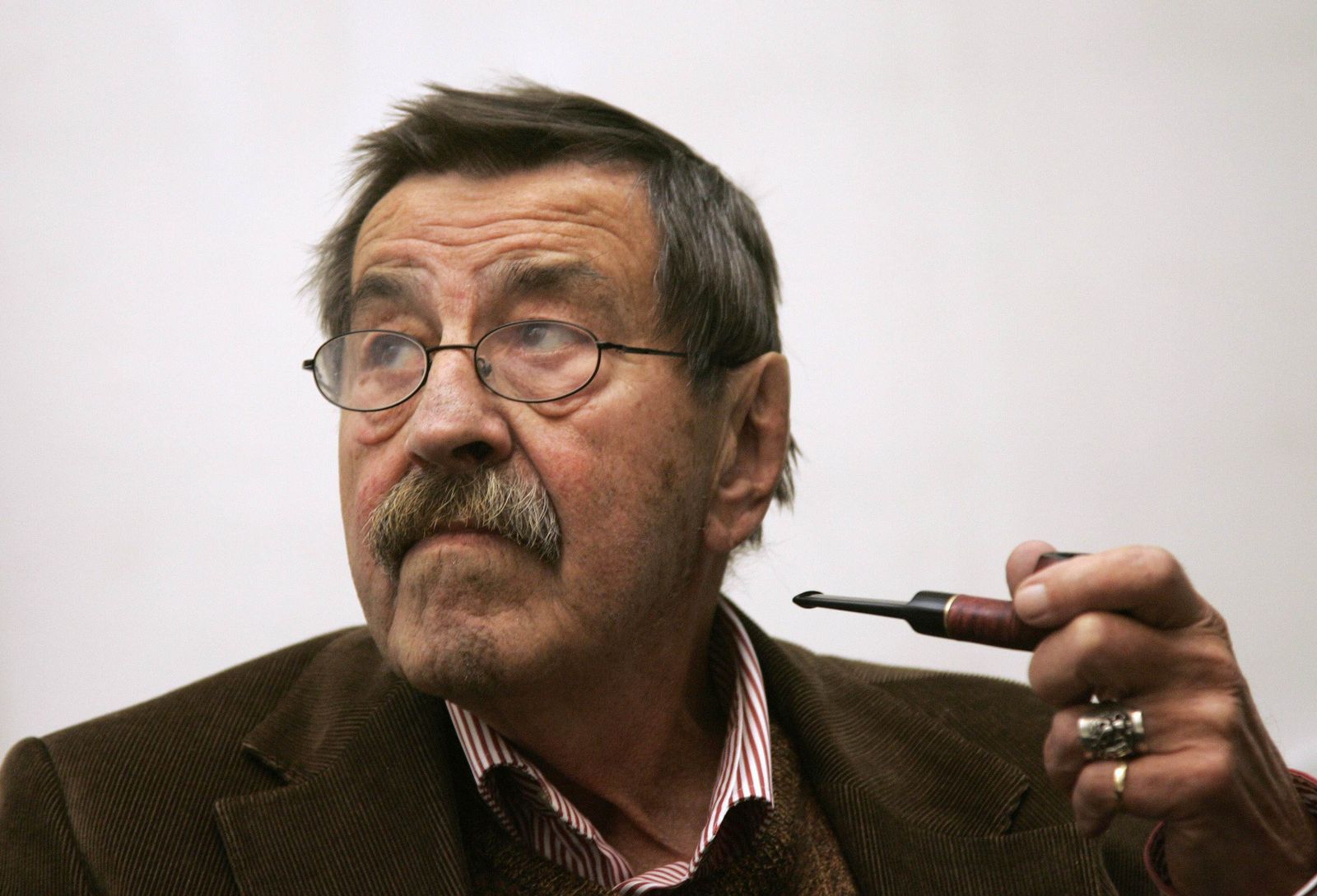