SPIEGEL ONLINE: This week you won a court case against the federal police, who you took to court for discrimination after they conducted an identity check on you based on your skin color. It made headlines across the country, so why do you want to remain anonymous?

Student: First, this isn't just about me, but about everyone who has had a similar experience. It also isn't a very nice thing to be the person who speaks up about racism. Additionally, I don't want people to point their fingers at me because I filed this long-overdue case.

SPIEGEL ONLINE: Your suit involved a police spot check in a regional train. What happened exactly?

Student: I am going to college in Kassel and was headed home to see my family in Offenbach in December 2010. Along this route there are often federal police out searching for so-called "illegals," or foreigners without residency permits. In the two years prior, they had selected me about 10 times for a random check of my identification. It's a pretty rotten feeling. I was born and raised here. I am German. According to the anti-discrimination law in the constitution, skin color is not grounds for a spot check.

SPIEGEL ONLINE: So it happened again?

Student: Yes. I had just purchased a cup of tea from the snack vendor in the train when the police officers asked me in a commanding tone to show them my identification. I wanted to know why, but got no real answer, so I refused.

SPIEGEL ONLINE: How did the other passengers react?

Student: Most of them were shocked by the officers' conduct, and some audibly criticized them. At the next stop, I was forced to get off the train. The police officers pushed me in front of them, although I put up no resistance. On the train platform they called in backup from the state police and ransacked my backpack. There was a chocolate bar inside, and one of the officers asked me if I'd stolen it. At that point I decided not to speak to them again until we were at the police station.

SPIEGEL ONLINE: You could have just shown them your identification.

Student: I didn't want to be treated differently any longer. The police brought me back to the station in Kassel, where I was asked if I spoke English and had papers. They threatened to charge me high fees for taking my photograph and fingerprints, and for holding me in a cell. Then I showed them my driver's license and they let me go. It was the worst day of my life.

SPIEGEL ONLINE: Was your resistance spontaneous?

Student: I had looked into it ahead of time and knew that without cause for suspicion, the officers -- whether they were from the state or federal police -- must give me at least one reason for checking my identity.

SPIEGEL ONLINE: Did you sue for damages?

Student: No. I don't want any money. It was never about that for me. Friends said I had no chance with the case. But I found a lawyer who really threw himself into it. The case was rejected the first time by the Koblenz administrative court, which outraged many people. So I continued. I would have taken it all the way to the European Court of Human Rights.

SPIEGEL ONLINE: But the Higher Administrative Court for the state of Rhineland-Palatinate ruled that you were checked based on your skin color, and allowed your appeal. The police then apologized, effectively putting the case to rest. Did you accept the apology?

Student: Yes, I accepted it, but I don't feel it. The apology was formal, without remorse and not on a human level. The negative reaction of the police union (DPoIG) shows that some will continue to act the same way.

SPIEGEL ONLINE: The union's criticism was that the ruling did not reflect the realities of law enforcement and would make police work more difficult.

Student: Police checks are not allowed without grounds for suspicion. But apparently it is difficult for some police to accept that black Europeans are no longer a rarity.

SPIEGEL ONLINE: Human rights organizations and lawyers are calling the ruling a milestone, saying it will send a strong message about the issue. Aren't you happy about it?

Student: Well, I certainly have more hope than concern. People have told me that after the case was thrown out the first time, federal police used it as a sort of justification for skin-color based spot checks. I'll find out soon whether it will change anything for me personally. 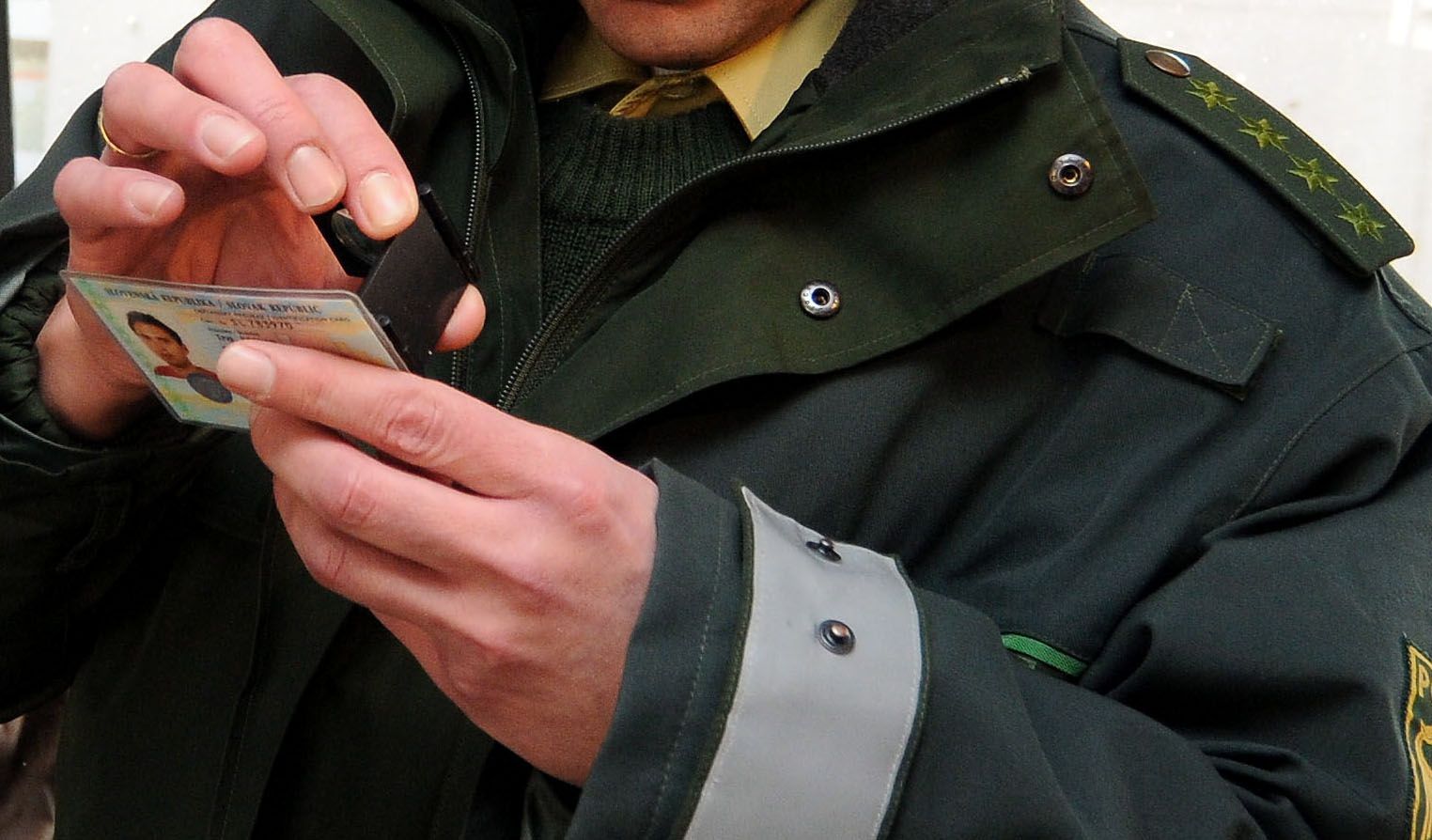 An officer checks an ID on a train: Skin-color is no longer grounds for a spot check by police in Germany.