In order to earn a bit of pocket money, Mohammad Daleel occasionally helped out as a cleaner at the Hotel Christl. For his work, he was provided with a small allowance to augment the 320.14 euros ($358.43) a month he received in German government welfare payments for asylum seekers.

The 27-year-old had seemed "friendly and inconspicuous" during his visits to the social welfare office, city officials say. A Pakistani resident at the refugee hostel where he had lived, a converted inn, similarly only had innocuous things to report about Daleel. He would chat with him in the hallway and then Daleel would return to his room.

A week ago Monday, police stormed the Hotel Christl. Among other things taken from Daleel's room, officials confiscated chemicals used to make bombs, light bulbs to be used as detonators and a role of cash with 50 euro bills. They also found two mobile phones, multiple SIM cards and a laptop that had an Islamic State propaganda video with beheading scenes saved on it.

Just a few hours prior, at 10 p.m. on Sunday evening, Daleel had detonated a homemade bomb at the entrance to a music festival in the center of the Bavarian town of Ansbach. He died in the attack and 15 others were injured.

Lone Wolves or IS Operatives?

Authorities have been working feverishly to investigate events in the run-up to the attack. As was the case after the ax attack near Würzburg on the previous Monday, they are trying to answer one question first and foremost: Was the perpetrator acting as a lone wolf or on behalf of the Islamic State (IS) and with its support?

In both cases, more evidence is emerging that suggests close links between the perpetrators and IS. As the German federal prosecutor's investigation continues, it is becoming clear that Daleel's seemingly tranquil life in Ansbach was nothing but a facade. He only expressed his true self in his electronic communications, either on his mobile phone or his computer, when he was alone in his room with the blinds drawn.

A day after the attack, IS propagandists celebrated Daleel as being one of their soldiers. It is now becoming apparent that there is more to that statement than mere posturing, because the perpetrator had been communicating with a person in the Middle East until shortly before the attack using chat. The person knew about the explosives and the planned attack and had been instructing Daleel on how he could avoid the bag check at the festival entrance.

The fact that IS propagandists were in possession of a video in which Daleel swore his allegiance to Iraqi IS leader Abu Bakr al-Baghdadi suggests the soon-to-be terrorist must have already had contacts in the Middle East in the run-up to the attack.

It's also unlikely Daleel would have been able to produce a bomb without instructions. The materials he used included a small loudspeaker and a bicycle lamp. He fastened the explosives with the same kind of metal mounting claws used to affix insulation panels.

By the time of the attack, Daleel had been living for almost two years in Ansbach. Although his deportation to Bulgaria had been ordered, he was able to secure a stay order due to psychological problems and injuries suffered after being struck by shrapnel in the civil war in Syria.

Investigators are now trying to determine whether IS deliberately recruited and instrumentalized an unstable person or if Daleel had long been an Islamist and simply managed to deceive German authorities.

Either way, the label of the quickly self-radicalizing perpetrator doesn't fit Daleel. The Ansbach attack had been planned in advance. The same is true of events near Würzburg, where 17-year-old Afghan Riaz Khan A. attacked five people with an ax on July 18.

Investigators say that Riaz Khan A. also had contact with a person in the Middle East who is believed to be linked to IS. This was determined after analyzing partly encrypted computer storage devices. They say A. transmitted his video claiming responsibility for the attack to IS via Facebook.

In the days leading up to the attack, A. was on the phone a lot, reportedly having told his foster parents in the village of Gaukönigshofen that a friend in Afghanistan had died.

But he may have used the opportunity to communicate undisturbed before carrying out his attack. In Kolpinghaus Ochsenfurt, where A. had lived until two weeks before the attack, he had shared a room with someone. Before that, until July 2015, he had lived in a gymnasium in the city of Passau that had been converted into an emergency refugee shelter.

He had also been under observation since June after witnesses claimed he had pulled a knife on another youth during an unsettled dispute over a video game console. Another time he got into a tussle with a male resident.

Despite this, officials at the youth welfare office in Würzburg had a good overall impression of the young Afghan. He made a "very positive, altruistic, motivated and open" impression, according to the office. His guardian said he had shown "very good progress."

Other refugees in Ansbach and Würzburg are struggling to grasp how the perpetrators could have committed such acts. "We have been given everything," says Daleel's Pakistani neighbor in the former Hotel Christl in Ansbach. "Accommodations, food, money."

How could anyone even think of planning an attack under these circumstances? "The German government," the neighbor says, "has been like a caring mother to us." 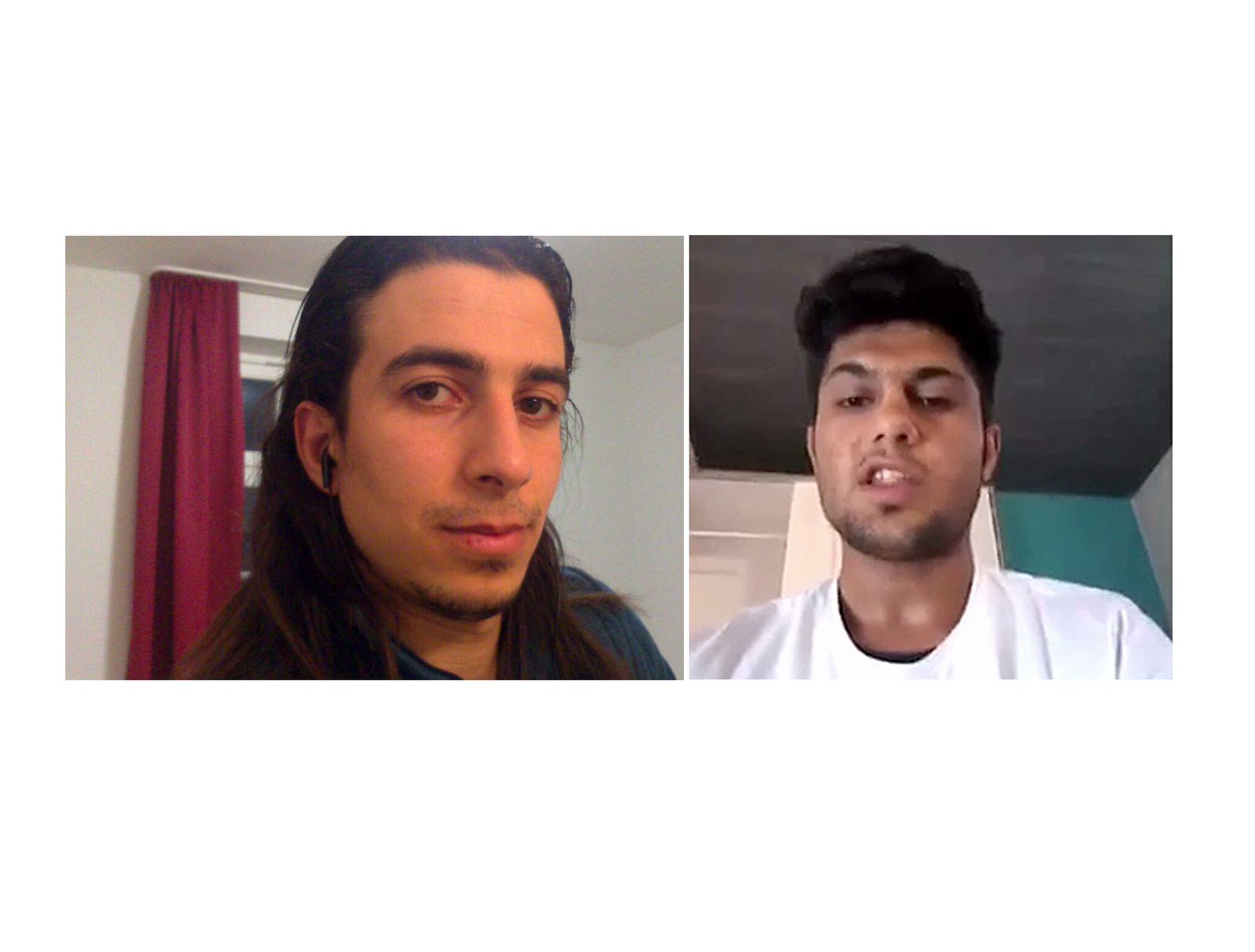 Refugees Mohammad Daleel (left) and Riaz Khan A. (right) were both died in the course of their attacks.