When the Berlin Wall came down in 1989, few of the Berliners who celebrated its demise likely imagined it would become the object of nostalgic affection.

But it has. And many want to see its remnants preserved as a valuable piece of history, a sentiment dramatically illustrated by the thousands of people who in recent days have protested the removal of a section at the Wall's famous East Side Gallery to make way for a luxury apartment complex.

Their efforts appear to have paid off. Demonstrators managed to halt the further removal of the Wall section on Friday. Then, after some 6,000 people demonstrated at the site again on Sunday, the investor has announced the suspension of construction until a compromise can be reached.

"I don't absolutely need this opening," Maik Uwe Hinkel told the Monday edition of the tabloid Bild. He had the large crane being used for the project withdrawn from the site already on Friday.

The initial plan was to remove some 22 meters of the Wall from its longest-surviving section, a 1.3 kilometer stretch along Mühlenstrasse, which is home to murals painted by artists from around the world. There are already five existing gaps in this section of Wall that allow access to the former death strip along the Spree River, and this one would have allowed entry to Hingel's high-rise luxury housing complex, in addition to making room for the construction of a new pedestrian bridge over the water.

But after the uproar, Hinkel has signalled he's ready to find another way. "We can change the plan if the city district and the other builder in our area participate," he told Bild, referring to another apartment building going up nearby, which will likely necessitate the widening of an already existing gap in the Wall. One possible -- albeit complicated -- option could be turning that gap into a shared entrance to the river shoreline for both buildings, according to Bild, which added that it remains uncertain just who will pay for the construction delay or changes to existing plans.

About 100 demonstrators were at the construction site early on Monday morning, daily Berliner Zeitung reported, noting that all of the protests have been peaceful and relaxed, prompting police to reduce their presence. "Culture instead of luxury apartments," one of their placards read -- a common sentiment in a city where many residents are vehemently anti-gentrification.

A meeting between Hinkel, the Berlin senate and the Friedrichshain-Kreuzberg district authority has been scheduled for March 18, and construction will cease until then, the paper reported. 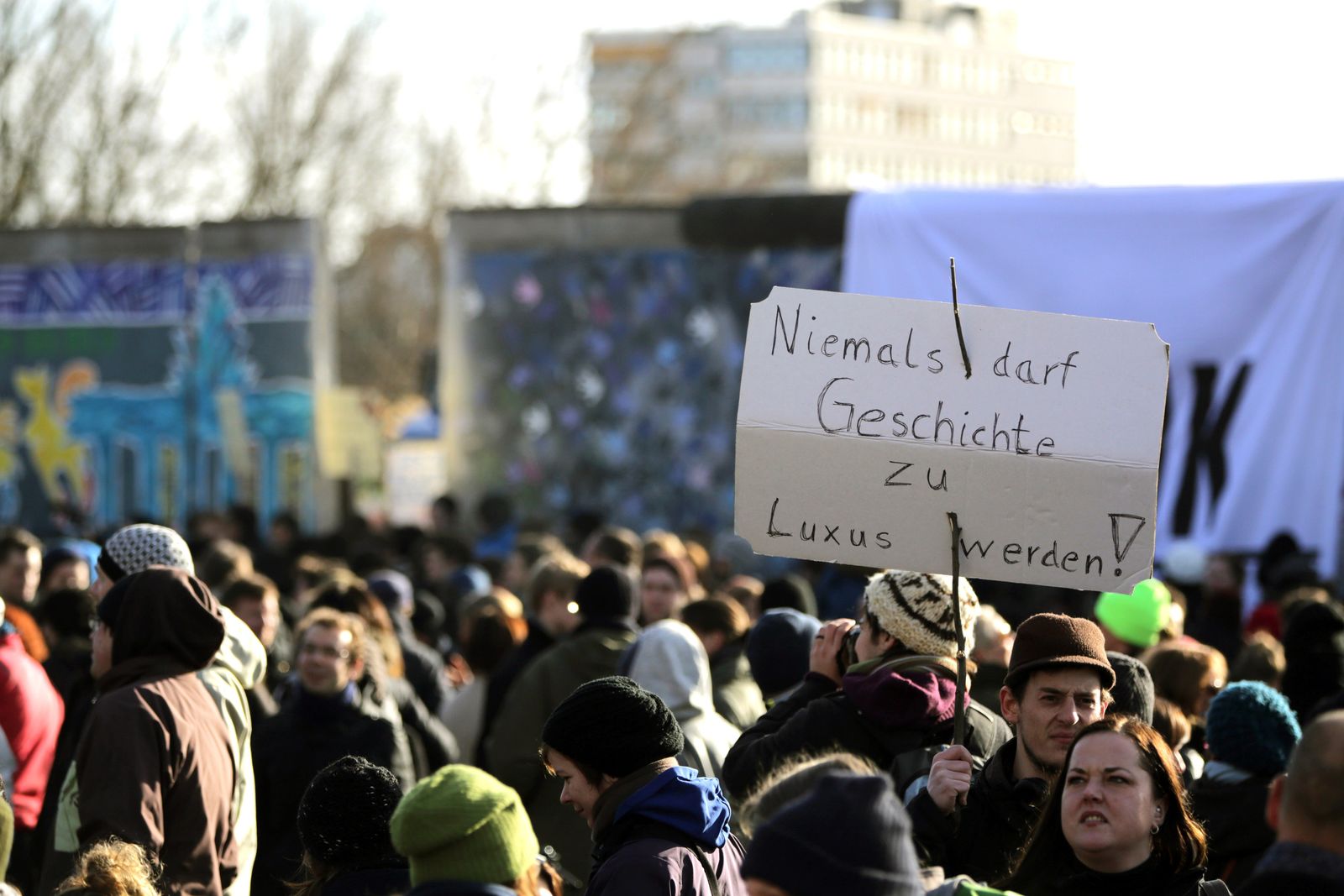 On Sunday up to 6,000 people protested the removal of a section of the East Side Gallery.