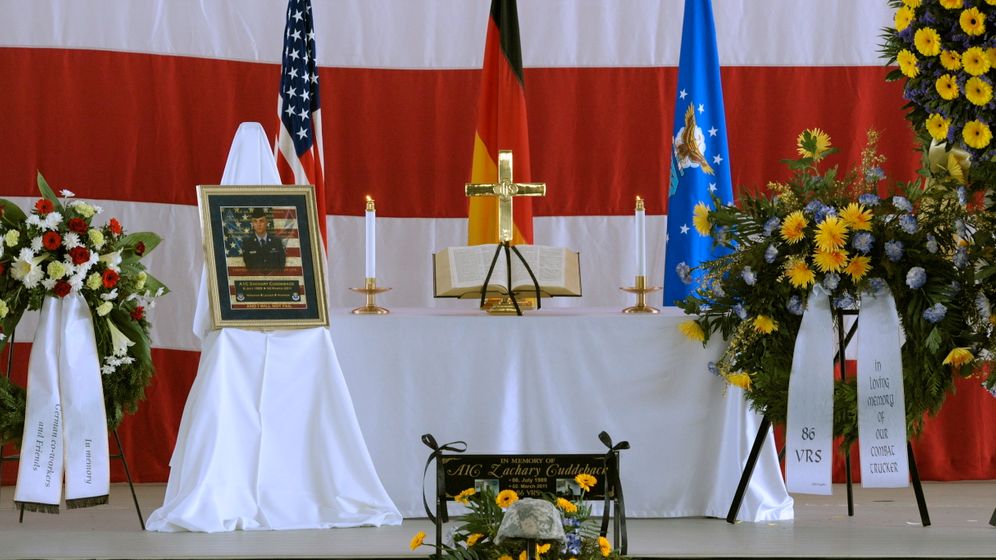 When "Abu Reyyan" wrote about the work of the Frankfurt police department on Facebook, his words were full of hate. "Just look at how devious these dogs are," wrote the young Kosovo Albanian, "those rats!" He was inspired to write after police searched the apartment of a Muslim imam in Frankfurt, a man "Abu Reyyan" revered, on Feb. 25. He was outraged by the search.

Four days later Arid U., a.k.a. "Abu Reyyan," was standing next to the bus lane in front of door E to Terminal 2 at Frankfurt Airport. He pulled out his mobile phone and dialed a number stored in its memory. The call never went through, because the number he was calling had been out of service for a year, but Arid U. wasn't really trying to call anyone. He was just trying not to be noticed. It was shortly after 3 p.m.

A few minutes later Arid U. saw an American military bus pull up, and he saw Nicholas J. Arden, 25, the last in a group of 15 US soldiers walking toward the bus. Arid U. addressed Alden and asked him whether the soldiers were being deployed in Afghanistan. Alden said that they were, and when he turned around to board the bus, Arid U. pulled out a pistol and shot the American in the back of the head. Then he stepped onto the bus and shot the driver, Zachary Ryan Cuddeback, 21, and wounded two other soldiers before his weapon jammed. German police caught and arrested Arid U. as he was trying to flee.

After the killings, Arid U. said that he had not intended to kill "any innocent people," but that he was after American soldiers. While working at the airport's international postal center, he had often observed GIs on their way to Afghanistan. He had heard the things they said, and he despised the soldiers. He began to form an image in his mind of an enemy that had to be eliminated, and he was resolved to be as uncompromising as the evil character in "Call of Duty," an ego shooter computer game he liked to play. In the game, the most effective way to kill one's opponent is with a shot to the head.

The Frankfurt double murder is the first successful attack by an Islamist on German soil. German police refer to Arid U. as a "homegrown terrorist," while Boris Rhein, the Christian Democratic interior minister in the state of Hesse, where Frankfurt is located, calls it an attack that "came out of nowhere." US President Barack Obama was visibly shaken when he addressed the media, while German Attorney General Monika Harms is looking into the case, which she characterizes as a "threat to NATO troops."

But the attack was also the crazed action of a young immigrant who had lost himself in the virtual world of ego shooter games, had developed a passion for weapons and in whom frustration became combined with the ideology of jihad. Like the Winnenden shooter Tim K., Arid U. was having trouble in school and had emotional problems. In the end, all it took was a spark to ignite this explosive mix.

The spark, as Arid U. himself claims, was a video he says he saw on the evening before the shootings. He says that after working at the airport postal center until 10:30 p.m., he went home and surfed the Internet. According to Arid U., a link on a Muslim organization's website took him to a video that showed US soldiers raping a Muslim girl, and at that moment he decided to take matters into his own hands. Apparently there was no one who could have reached him or stopped him.

During his school years, Arid U. was one of the hundreds of thousands of young men in Germany who are "torn back and forth between two cultures." This is the way Lothar Henning, the principal of the high school in Frankfurt's Sossenheim neighborhood, where Arid grew up, describes him. His family was from Kosovo, but they moved to Germany when Arid was one. In the mid-1990s, the family moved into a three-room apartment in an 11-story building. The strict, conservative father made ends meet by working as a roofer. The family structure was patriarchal and traditional, and the father raised his children to be devout but not deeply religious Muslims. The mother did not wear a headscarf, and the sons wore Western clothing.

In school, Arid fluctuated between initial successes and failures. In 2005, he and other members of his class were invited to the Chancellery in Berlin, as a reward for taking part in a competition sponsored by the Federal Youth Council, titled "A World Appropriate for Young People." Arid and three other students gave a presentation on German youth being permitted to obtain drivers' licenses at 16.

Only a year later, Arid's parents were summoned to the principal's office. Their son had not passed the final examinations required to graduate from Realschule. As a result, he repeated the 10th grade, and this time his grades were good. In 2007, he was transferred to the Friedrich Dessauer Gymnasium, the pinnacle of Germany's three-tiered high school system. He told his family and friends that he wanted to become an engineer and work in the chemical industry.

His performed moderately well in 11th grade. "He wasn't among the best students, nor was he among the worst," says Principal Claudia Hemmling. She remembers him as an inconspicuous and relatively shy boy. Former fellow students describe him as quiet and taciturn, but cooperative.

In 2009, Arid U. entered a phase that may have been a turning point. His grades suddenly declined and he started skipping classes. According to his half-year report card, he had missed more than 200 hours of class, and his grades were now at the bottom of the scale. In the second semester, he decided to repeat the 11th grade. In several conversations with the principal, Arid assured her that he intended to graduate. She suspected that he had emotional problems, and at times it seemed to her that he might be suffering from depression. She sent him to the school's guidance counselor, but Arid was unable to pull himself together. He left school in the summer of 2010.

The worse things were going in school, the more Arid fled into the world of violent computer games. In 2009, he registered with an online gaming website whose members were involved in ego shooter games. In this environment, he was no longer Arid U., a loser in real life, but a courageous fighter. And contrary to what the authorities believed shortly after his 2011 killing spree, Islam already played an important role in his life in 2009. The email address he used to register with the gaming website was albislam@hotmail.com, apparently a reference to Albanian Islam, and began calling himself "Abu Rejjan." He later used the name "Abu Reyyan" to open a Facebook account. The name means "Father of the Gates of Heaven."

Sometime during the second half of 2010, his virtual identity and his real life merged. He took an online weapons test and the program recommended that he buy a sniper's rifle, the Barret M82. In reality, he chose a somewhat smaller weapon when he purchased the weapon he would eventually use in the shooting, an FN pistol with 14 shots of ammunition, for €1,000. Where he bought the gun is still unclear. During his first interrogation, Arid U. claimed that he had purchased the pistol for "undetermined purposes."

When police searched the family apartment after the double murder, they found a 7.65-millimeter Ceska, which they believed belonged to the father. They also found large amounts of marijuana. However, a drug test showed that Arid U. was clean at the time of the murders.

For weeks, the would-be killer had developed a web of digital acquaintances in the Islamist community. Within this network, he wrote about jihad and listened to lectures at Dawa FFM, a Frankfurt group he had joined on Facebook on Feb. 25. He was also interested in a group in northern Germany called "Invitation to Paradise," which then-Interior Minister Thomas de Maizière had ordered to be searched in December. Arid U. had "found himself a new world that understood him," says an investigator.

How is it possible to detect such a high-speed radicalization, one free of face-to-face contacts, as appears to have been the case?

Since the Frankfurt murders, this is the central question law enforcement officials are asking. Last week, German domestic intelligence officials agreed to compile a list of Islamic organizations they suspect of radicalism and that are active in social networks. The goal is to recognize early on whether the next "Abu Reyyan" can be found in social networking sites like Facebook and StudiVZ. It is a balancing act for investigators, who are operating on unclear legal ground. It would be difficult to justify computer surveillance on the Internet in absence of concrete suspicions. To this end, state interior ministries are looking into the possibility of banning a number of organizations, including Dawa FFM.

Perhaps there would have been an opportunity to prevent the attack if one of Arid U.'s acquaintances had taken the text message seriously that he allegedly sent months ago. In the message, he wrote that he couldn't come to an event because he was preparing an attack. The acquaintance thought it was a joke. 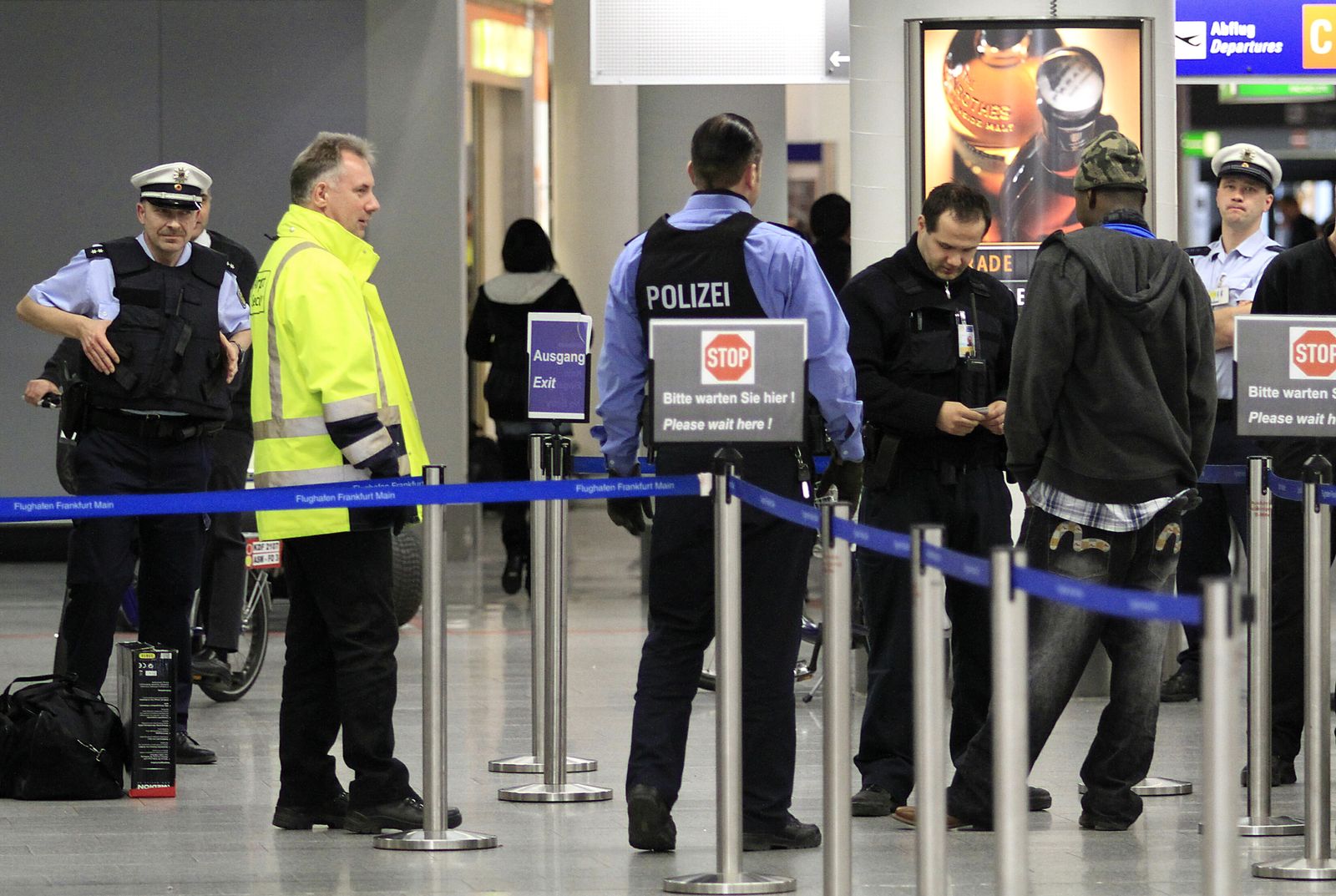 German officials are attempting to compile a database of Islamist organizations which are active on Facebook. But experts question whether it is possible to stop someone like Arid U., who apparently radicalized quickly.