It is an election that few German politicians will soon forget. In 2002, as the US was ramping up its anti-Iraq propaganda preparatory to invading the country the next spring, German Chancellor Gerhard Schröder said, "Germany will not participate in a war against Iraq." It is a sentence that put relations between Berlin and Washington in a deep freeze.

But Schröder, of the center-left Social Democrats (SPD), didn't mind: Just weeks after making the pledge, he eked out a close re-election victory against conservative challenger Edmund Stoiber who had refused to be so categorical.

Eleven years later, Germany is once again preparing for a general election. And once again, the West is weighing intervention in the Middle East. This time around, though, Chancellor Angela Merkel appears to be betting that the horrific images that emerged from last week's apparent use of chemical weapons in Syria will be enough to trump the German electorate's traditional pacifism.

On Monday, she came out strongly in favor of an international response to the massacre last Wednesday. "The alleged widespread use of gas has broken a taboo," Merkel's spokesman Steffen Seibert said. "It requires consequences and a very clear response is needed."

Foreign Minster Guido Westerwelle joined her. Saying the use of chemical weapons would be a "crime against civilization," Westerwelle said: "Should the use of such weapons be confirmed, the world community must act. At that time, Germany will belong to those who support consequences."

It is a gutsy move. The US and the UK are routinely referred to as "hawks" in the German media, the insinuation being that Washington and London are just waiting for an excuse to attack Syria. Furthermore, both Britain and France would seem to have made up their minds that Syrian autocrat Bashar Assad is behind the nerve agent attack, which left hundreds dead in villages just east of Damascus. The chances of an international response seem significant -- and imminent. German participation in a military strike, however peripheral such a contribution might be, could have a considerable impact on Merkel's vote total on September 22.

As such, the line of argumentation taken by Merkel's challenger, the SPD chancellor candidate Peer Steinbrück, is hardly surprising. "Given the confusion surrounding the situation in Syria, I would advise caution when it comes to the discussion over military intervention," Steinbrück said in an interview published on Monday with the southwestern German daily Südwest Presse.

He was joined in his circumspection by Green Party co-head Claudia Roth, who told SPIEGEL ONLINE that "all parties must reach a political solution as quickly as they can." She also said elsewhere that "we have extreme doubts that a military intervention will stop the conflict or de-escalate it."

In the 2002 vote, Schröder's SPD emerged in a dead heat with the conservatives, each garnering 38.5 percent of the vote. The Green party's 8.6 percent result, ahead of the 7.4 percent for the Free Democrats, handed Schröder the victory.

This time around, polls show Merkel's conservatives enjoying 40 percent support against just 25 percent for the SPD. But should things heat up in the Middle East, that could quickly change. 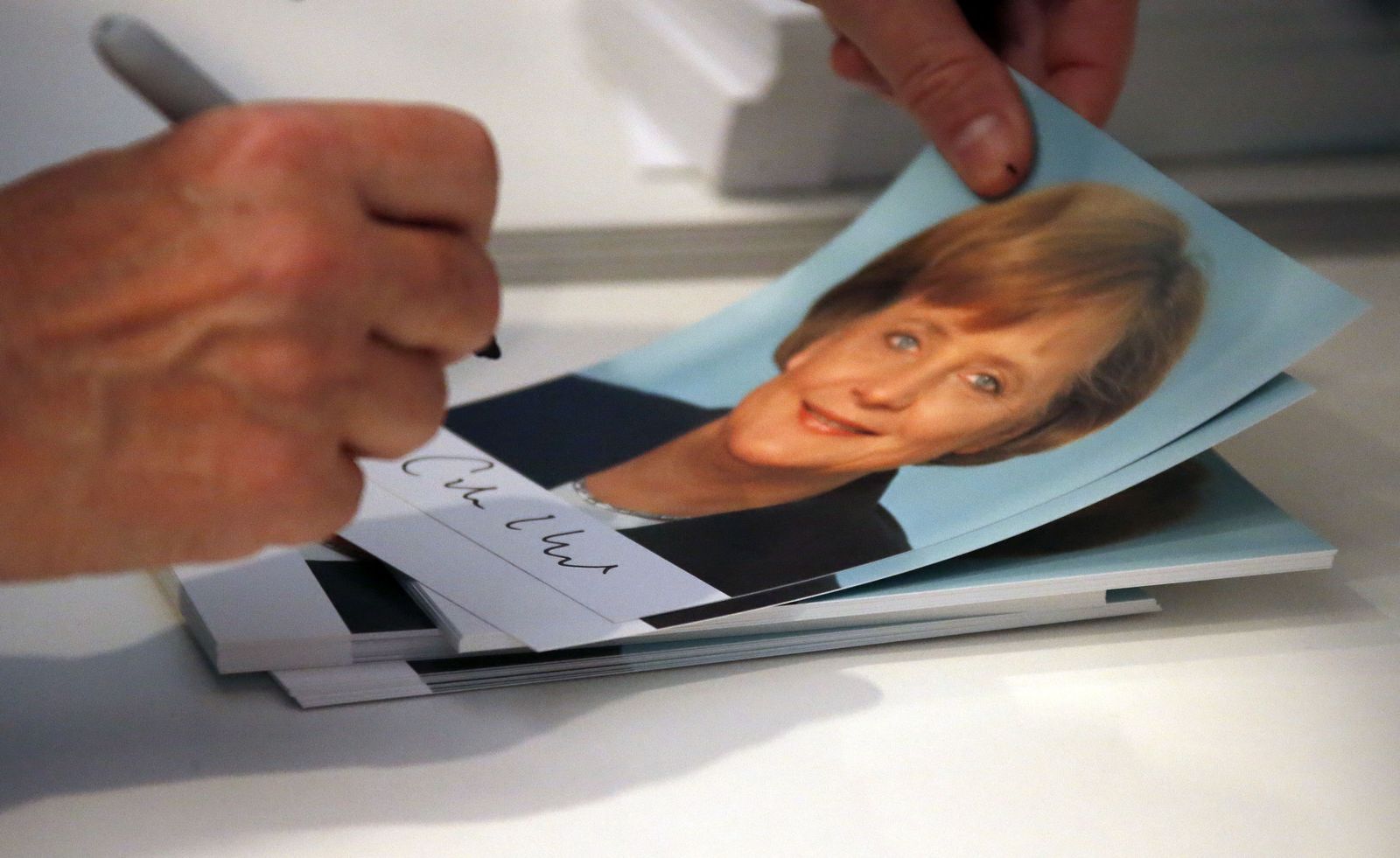 The issue of Syria has suddenly become an important one in the German campaign.