The purpose of a criminal trial can also be that it takes place in the first place and ends with a convincing verdict. Were this the 1960s and 70s, John (Ivan) Demjanjuk would have either never been put in the dock, despite the more conclusive evidence that could have been presented at the time, or the proceedings would have been discontinued with the stereotypical remarks that the defendant was merely a cog in the Nazis' killing machine -- or that he never dared to refuse orders or flee out of fear for his life.

But the German justice system has changed. Today's judges don't automatically exonerate a man like Demjanjuk who, according to the prosecution, became a "foreign helper" for the Nazis after the he was captured as a Ukrainian prisoner of war in 1942. The justices don't see him as a trained SS guard dog who was only following his natural instinct to survive when he drove Jews into the gas chambers of the Sobibor extermination camp, but rather as an individual who had the freedom to choose between good and evil -- a quality that differentiates man from animals. "It was clear what happened," Chief Justice Ralph Alt said in his explanation of the verdict.

This new approach by the justice system comes as a relief. When a number of the now-gray-haired children and siblings of the thousands of people who were murdered in Sobibor gathered in an area designated as the "Demjanjuk collection zone" in front of the Munich regional court on Nov. 30, 2009, their faces were marked by a life in which they had sought justice in vain.

They were put up in a hotel in Dachauer Strasse. Dachau, yes, was also the site of a concentration camp. In the courtroom they had to furnish proof of their right to appear as co-plaintiffs, which they dutifully did. They showed the only photograph that they still had of their mother, or a tattered birth certificate or some other document that proved that they were individuals whose roots had been eradicated by the Germans.

If just one of the outcomes of the Demjanjuk trial had been that it eased the deep-seated anxiety of these people, then it would have fulfilled its purpose. Right up until the beginning of the trial, some of the survivors had refused to set foot on German soil. Some had for decades refused to buy German products or fly with Lufthansa. They could not bear to hear Beethoven's Ninth Symphony conducted by Wilhelm Furtwängler or listen to a Wagner opera. This unresolved and unfinished chapter weighed heavily on their minds.

When the main courtroom at Munich's criminal justice center on Nymphenburger Strasse was unavailable as the prosecution's case was drawing to a close, and the Demjanjuk trial had to be transferred to a smaller venue, the main proceedings were held in the old Palace of Justice on Stachus square -- the building where Nazi resistance activists Sophie and Hans Scholl and others were sentenced to death by the Nazis in 1943. The co-plaintiffs felt that it was an honor to be able to present their arguments there.

Last Thursday, they entered the courtroom wearing relieved smiles. They embraced each other -- not because revenge is sweet, but because they now feel like they are part of a big family, a community, as one of them said, in which they have rediscovered their inner sense of freedom. Now they can put the past behind them.

They shook the hands of German journalists and warmly thanked justice officials who had attentively looked after them. One of the co-plaintiffs recounted how he is now able to hold his head up high as he walks through the city. An elderly woman has been to a museum and attended an opera. Another woman intends to return and perhaps take part in follow-up trials. She has found her identity, she says, because the Munich court has worked so painstakingly to clear up the circumstances surrounding the murder of her parents.

The importance of the Demjanjuk trial would only be inadequately described, however, if it were confined to the impact that it had on the families of the victims of Sobibor. It also has a historical dimension. Indeed, it represents a turning point.

The approach pursued by former district court judge Thomas Walther, who could be called the guiding spirit of this trial, has brought clarity to many a legal specialist befogged by force of habit. It is not a new realization that the crime of the millennium was not only perpetrated by Hitler and Göring and a handful of people who committed excessively cruel acts. The unfathomable atrocities of the Holocaust required countless willing helpers who were also guilty of committing crimes. Instead of putting these hundreds of thousands of individuals behind bars, it was perhaps decided merely to forget them -- just as so many other things were forgotten. All that has come to an end now.

Unlike the tabloid media, which remains blithely ignorant of legal matters, the co-plaintiffs were not bothered by the five-year prison sentence, or the fact that the 91-year-old stateless defendant was freed despite the sentence. They know that he will have to bear the burden of his guilt for the rest of his life, whether he is behind bars or outside prison walls. 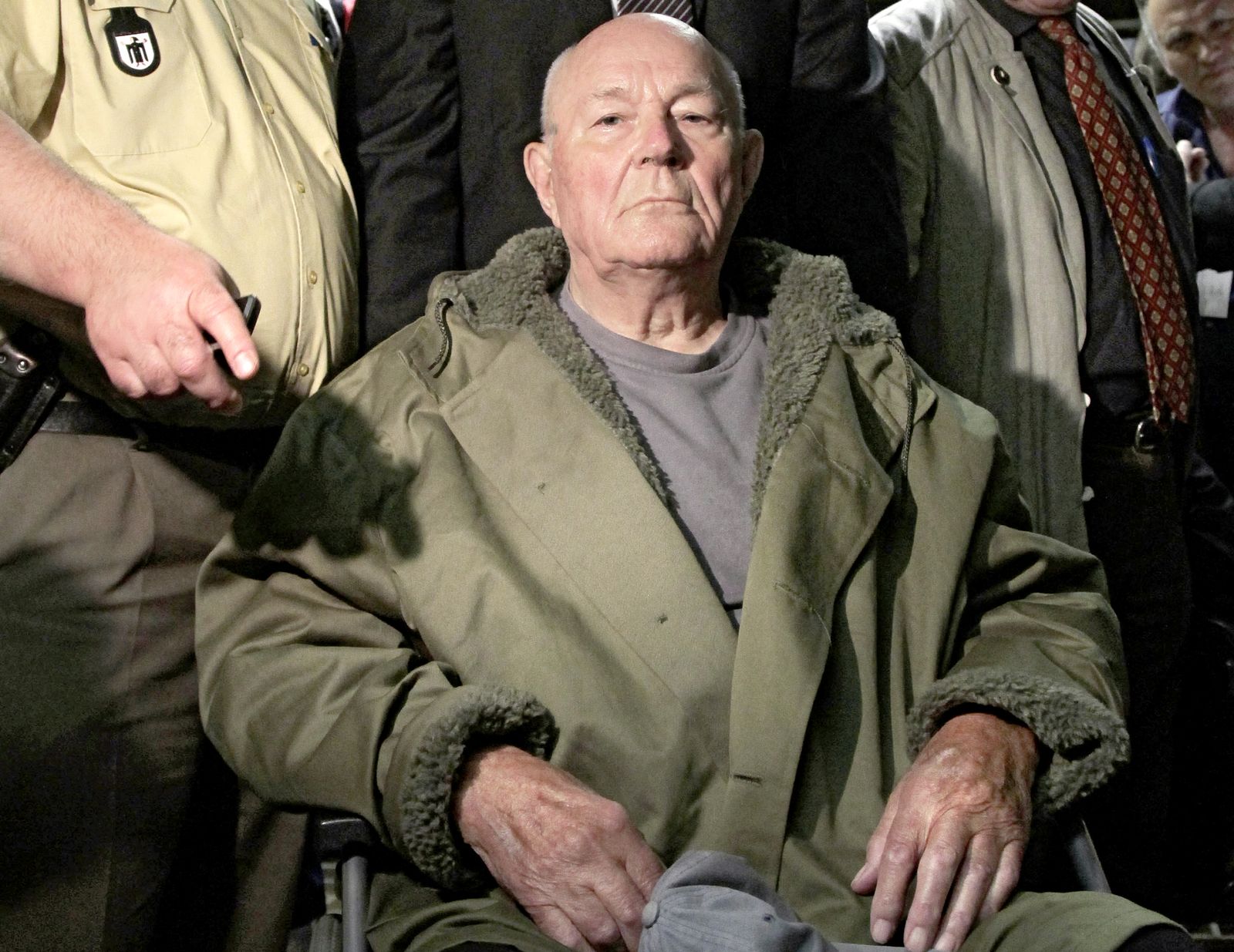 John Demjanjuk was found guilty of abetting in the murder of 27,900 people during the Holocaust.