German President Joachim Gauck won't be attending the Winter Olympics in Sochi, SPIEGEL reported this weekend. The unspoken reason is concerns about human rights in Russia -- the oppression of gays and lesbians and Pussy Riot member Nadezhda Tolokonnikova's exile to a Siberian prison.

Russia is also currently pressuring Ukraine not to strengthen ties with the West, which has been reason enough for German Chancellor Angela Merkel to take sides with the pro-West opposition there. In the latest development, SPIEGEL has learned that Merkel and other European conservatives plan to help heavyweight boxer Vitali Klitschko become the Ukrainian opposition leader and rival candidate against controversial President Viktor Yanukovych.

Can these big gestures be interpreted as a new style of German foreign policy? Will Germany soon show a level of determination similar to that of the United States when it comes to Russia?

Berlin has often been scolded for its foolish foreign policy. In Libya, the Middle East and Syria, the question was often, "Where is Germany?" But when it comes to Russia, the German approach has been hard to outdo lately. Compared to the country's usual dispassion, recent moves have been practically aggressive. Gauck's boycott of the Olympics is a diplomatic affront, and Merkel's open support of Klitschko an interference in the internal affairs of a sovereign state.

Both moves are highly unusual for German leaders. It would have been amusing to see Foreign Ministry officials' faces when they learned of Gauck's decision. On the other hand, the ministry has probably gotten used to the feeling since the country's foreign policy decisions moved to the Chancellery some time ago.

In June, the Duma, Russia's parliament, passed a law that makes "propaganda" that allegedly endorses homosexuality to youths a punishable offense. What we call progress is seen as decadence in the East. There are many who would probably see this law as a good reason to boycott the Winter Games.

On the other hand, there are always reasons to take that kind of action -- a World Cup here or a commercial contract there. But no worries, the Germans aren't about to begin orienting their foreign policy compass based on this model. No, this is specifically about the Russians. Gauck and Merkel would never approach such issues with the United States so harshly, for example. That's been clear since at least this summer, when Gauck's first words about US spying on Germany, revealed by whistleblower Edward Snowden, were to call his actions a "pure betrayal" for which he had little understanding.

It took a little while for the president to grasp the scope of the Americans' abuse of power, at which point he said, "This affair makes me extremely worried," adding that a man like Snowden deserves "respect." But Gauck was unwilling to say more than that. Meanwhile, Merkel's words on the scandal have been so insignificant that they were almost immediately forgotten, although the gaffe in which she commented that the Internet is "uncharted territory" will be remembered for some time.

When Will Berlin Worry About Germans' Rights?

Of course, neither Merkel nor Gauck piped up when the most recent extension of the scandal became known: The Americans gather 5 million data sets from mobile phones worldwide -- each day.

One can't help but have some sympathy for Merkel and Gauck, though. They have no choice other than to be affected by their pasts. Almost a quarter of a century after the fall of the Berlin Wall, we now have the unexpected situation where both the president and the chancellor come from former East Germany and therefore have a very special -- and negative -- relationship with Russia. At the same time they both tend to mistake the US for the savior that it has failed to be for a long time now.

Why would Gauck be highlighted as the president of freedom? Why has he written a book that is simply called "Freedom"? Because Gauck can only accept the threats to freedom that he knows. And he knows the Russians well from his past. Gauck cannot imagine that today the much greater threat to our way of life comes from the West. Merkel could perhaps envisage it, but doesn't want to.

We are left with the thought that the pair should quietly advocate for the rights of Russian gays and the Ukrainian opposition. But once they have worked through their Russian trauma, could they occasionally worry about Germans' rights too? 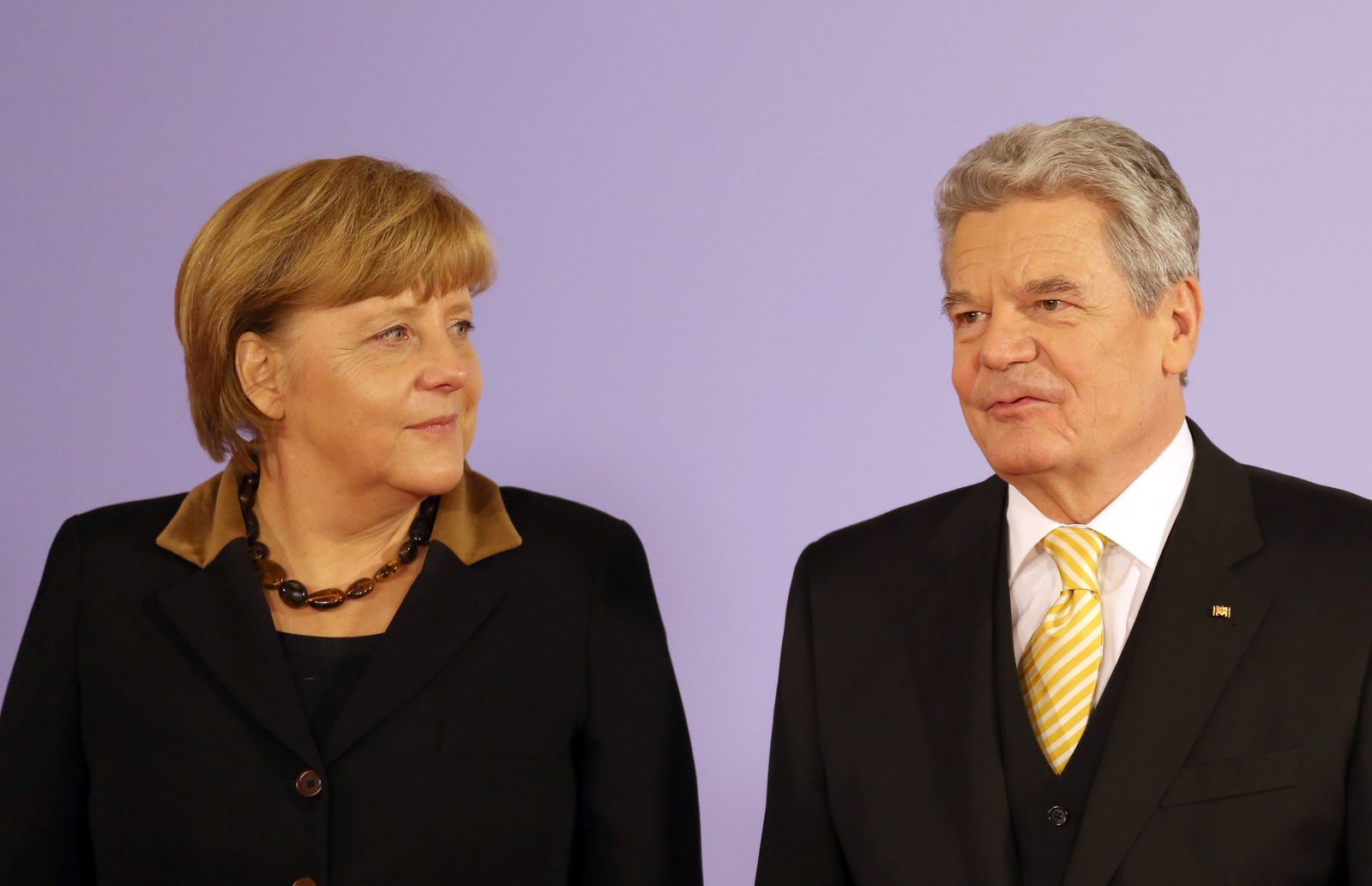 Merkel and Gauck are both from former East Germany.