Berlin's Canisius College, a university-prep high school run by Jesuit priests, is one of the most elite schools in the German capital. Former students from the respected private school have reached the upper echelons of business, politics and society. For the past week, however, Canisius College has been at the center of a major sexual abuse scandall.

Last week, around 20 former students claimed they had been sexually abused by two teachers at the school, Wolfgang S. and Peter R. The abuse is believed to have been committed during the 1970s and 1980s.

'Nothing To Apologize For'

After being contacted by SPIEGEL, one of the former teachers admitted he had abused some of his students. Wolfgang S., a former sports teacher and Jesuit priest, issued a statement to his victims stating it was "a sad fact that I abused children and young men under pseudo-educational pretexts." The churchman, who today lives in South America, said that he had informed regional Catholic authorities in Germany in 1991 of his "criminal past." He claims the Jesuit priests had known for 19 years about the multiple incidents of abuse.

Stefan Dartmann, the Catholic Provincial Superior for Germany, confirmed to SPIEGEL that the order has knowledge of the crimes that had been committed by Wolfgang S. at the time. Dartmann said a lawyer had been hired to investigate the files "to determine what, exactly, the Jesuits knew at the time and what consequences they drew." Wolfgang S. left the order in 1992. Previously, he is also believed to have abused pupils at other schools, but he refused to comment on those allegations.

In addition to his time at the Berlin school, he worked at the Sankt-Ansgar School in Hamburg and at the Sankt-Blasien school in the southern Black Forest region from 1982 to 1984.

The then-director of the school, Father Hans Joachim Martin, said that S.'s "intimate, fatherly behavior" towards some schoolchildren had attracted his attention. S. was later forced to leave the high school.

S. also claimed he had told the Vatican about his misconduct. In his statement, he says that he had provided testimony to the Vatican with "unvarnished honesty." And in South America, he had "again and again come into close contact with the torturers and victims" of the Pinochet dictatorship. "I was confronted with my mirror image as a tormenter of children," he said.

Several victims expressed their outrage over the tone of his statement. In the document, dated Jan. 20, S. addressed "all the people who I abused as children and in their youth." He added, "I'm sorry for what I did to you. And if you are capable, I ask you to forgive me." But he also told SPIEGEL: "I have come clean about my past to God and the world."

The second man alleged to have abused children at the school is a 69-year-old former religion teacher from Berlin, Peter R., who has disputed all allegations. SPIEGEL could not reach R. for comment by press time on Friday or on subsequent attempts on Monday. After his time at the school in Berlin, R. apparently worked as a pastor with young people in the state of Lower Saxony. He was reportedly the victim of a knife attack by a former Canisius College student several years ago.

After SPIEGEL hit the newsstands on Monday, additional details emerged in the alleged abuses.

Karl Heinz Fischer, the school's rector from April 1981 to June 1989, confirmed to SPIEGEL that a student had reported Peter R.'s abuse to him during the first half of 1981. Fischer said he had immediately notified his superior, priest Rolf Dieter Pfahl, who was the Provincial Superior for the Jesuit Province of Northern Germany, of the allegations. Pfahl then called for Peter R. to be transferred. After the summer holidays in 1981, Fischer told SPIEGEL, Peter R. was no longer deployed in the classroom.

'If I Had Known 30 Years Ago, I Would Have Acted Immediately'

Previously, Pfahl himself had been rector at the Canisius school until he had been promoted to become the provincial in 1977. On Friday, he told the Berliner Morgenpost he knew nothing of the abuse. "I am shocked," he told the newspaper. "If I had known about this 30 years ago, I would have acted immediately."

Fischer said that no legal action was taken against R. at the time. Instead, disciplinary measures were left to the church. "There was a wall of silence back then," he admitted to SPIEGEL.

The abuse victim reported that religious teacher Peter R. had been allowed to take part in a youth trip with students from the Canisius school in the summer of 1981 despite the allegations against him.

On Monday, German Jesuit head Dartmann asked for the forgiveness in the sexual abuse cases at the school from the victims, teachers and children.

"I ask for forgiveness that senior members of the order neglected their requirement to take a closer look, and that they did not take appropriate action," Dartmann said Monday in a statement. He also thanked the victims for speaking out, despite their troubling memories.

News of the sexual abuse first became public last week after a newspaper reported that the school's current rector, Klaus Mertes, had sent a letter to 600 former students explaining that at least two former priests at the school had committed crimes and that they were not isolated cases. The Berliner Morgenpost reported the contents of the letter in which Mertes wrote that he had been deeply shaken and was ashamed to have learned that "systematic abuse had taken place at the school over the years." 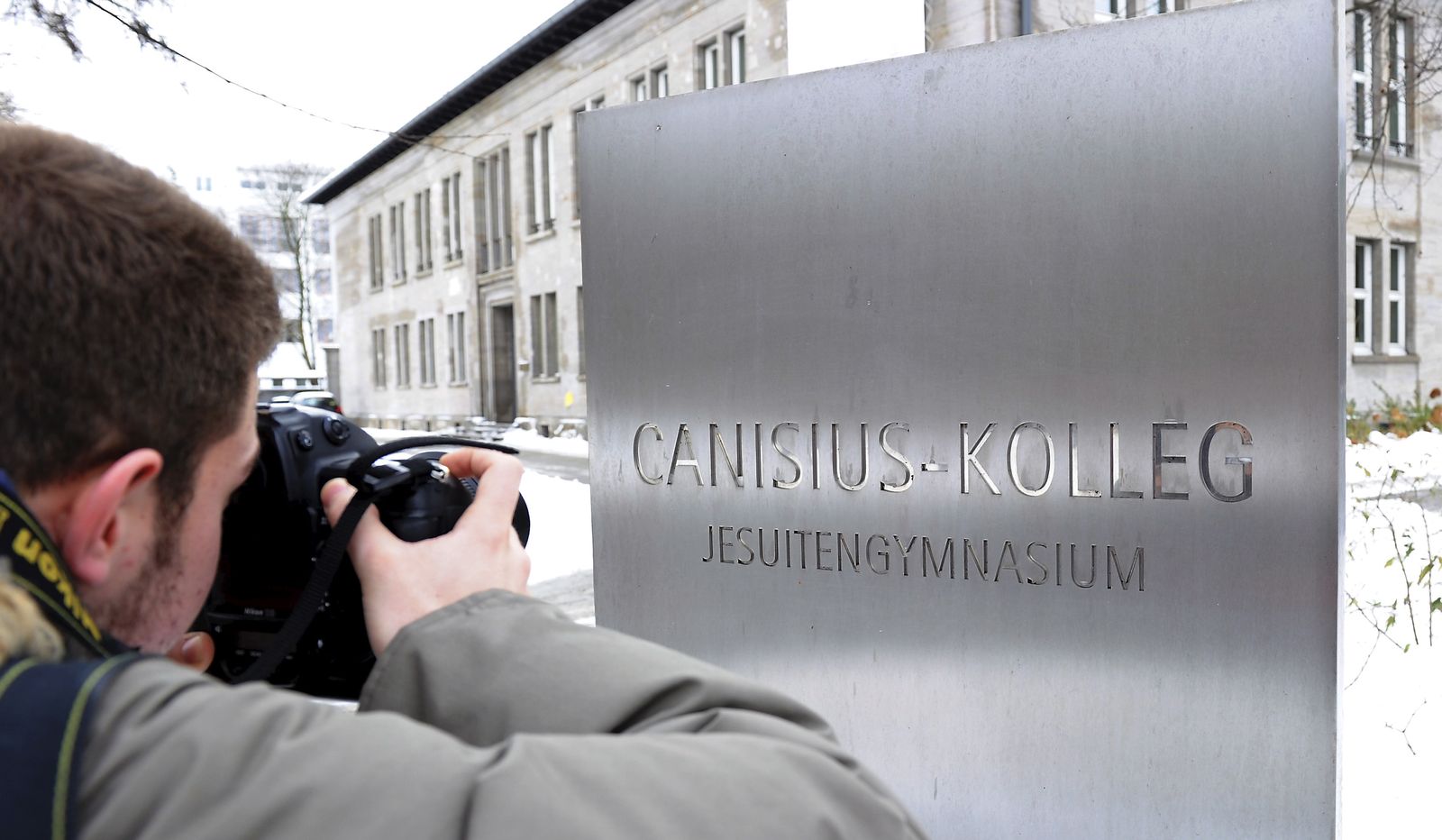