Weber: Our members work in all sectors of the sex industry, as, for instance, prostitutes in brothels, Tantra masseuses or dominatrixes. Anyone working in the sex industry can become a member. Brothel owners are also allowed to join as long as they themselves are working or have worked as a prostitute.

SPIEGEL ONLINE: Why has there been no professional organization for sex workers before now?

Weber: We are not the first to attempt to found such an association. There have always been dedicated advocates who have tried to build something, and we still benefit from some of their work today. We want to establish a permanent organization for sex workers. This is very important right now.

Weber: There is currently the public perception that thousands of women in Germany are being forced into prostitution. You read reports that these brothels are like Sodom and Gomorrah and that the police can't do anything about it. I am stunned by this, because it's simply not true. There are many good, clean brothels, and most of the women do these jobs independently and voluntarily.

SPIEGEL ONLINE: This week the magazine Emma published a large signature campaign in which 90 celebrities called for a tightening of Germany's prostitution laws. You want to prevent this. Why?

Weber: The draft law that is currently being discussed and that the Emma campaign promotes lumps prostitution together with human trafficking and deals with fully unrealistic beliefs. That angers us, because it has nothing to do with reality. We are not fundamentally opposed to certain regulations of brothels, but the provisions of the draft law are much too wobbly, and will ensure that our jobs aren't improved, but rather eradicated. The same rules that apply to small residential brothels are supposed to now apply to larger ones. That would mean the closure of half the brothels. We don't want the successes of the prostitution law to be destroyed.

SPIEGEL ONLINE: How has that law, passed in 2001 by a governing coalition of the center-left Social Democrats and the Greens, changed the industry?

Weber: Since the law passed, we can do our jobs legally, sue to get paid and receive social insurance. Moreover, our working climate has improved dramatically. Before, creating good working conditions was seen as encouraging prostitution, which was illegal. Now that's much better.

SPIEGEL ONLINE: And yet many prostitutes still don't register their job with the financial authorities, even though that was one of the biggest goals of the law.

Weber: But many register as, for example, masseuses. That's ok by me, as long as they pay taxes. A large number of these women only want to do this for a short period of time. They are afraid they'll never get rid of the stigma. I can understand that this is difficult for many people. If you've got children, you don't want other kids calling them "child of a whore" in the schoolyard. It's a great burden if you can't tell your children what you do for a living, because the society in which we live won't accept your profession.

SPIEGEL ONLINE: Many prostitutes in Germany come from other countries, like Bulgaria or Romania. Are these men and women also represented by your association?

Weber: The level of organization among the foreign prostitutes is understandably very low. But we have a working group that works with immigrants and that is led by a Bulgarian colleague. We want to be a point of contact, because foreign prostitutes, especially, often don't have anyone they can confide in. The police aren't much help. I have experienced two police raids myself and I wouldn't like to confide in police officers standing there with their machine guns.

SPIEGEL ONLINE: Do you want your association to fight for better pay and working conditions for sex workers, like a labor union?

Weber: I see myself more as a lobbyist and only marginally as a unionist. But we are in close contact with the Ver.di service sector union, of which I am also a member. Their special services department is very helpful. For example, they provided us with space for our founding meeting and helped us with information sheets. But Ver.di can't do much more than that for us right now. Most prostitutes work for themselves, because they want to be flexible and, for example, stay home if their kids are sick. And many negotiate their rates directly with their clients, so there are seldom wage disputes in the field.

SPIEGEL ONLINE: What are your first duties as a lobbyist for sex workers?

Weber: The first and most important step was that we stand up in the first place and make ourselves noticed. In our industry, that is not a matter of course. And now we want to make politicians aware of our interests. That won't be easy, since we have no money and don't know anyone. First, I need to learn how lobbying works, but I think we're headed in the right direction. 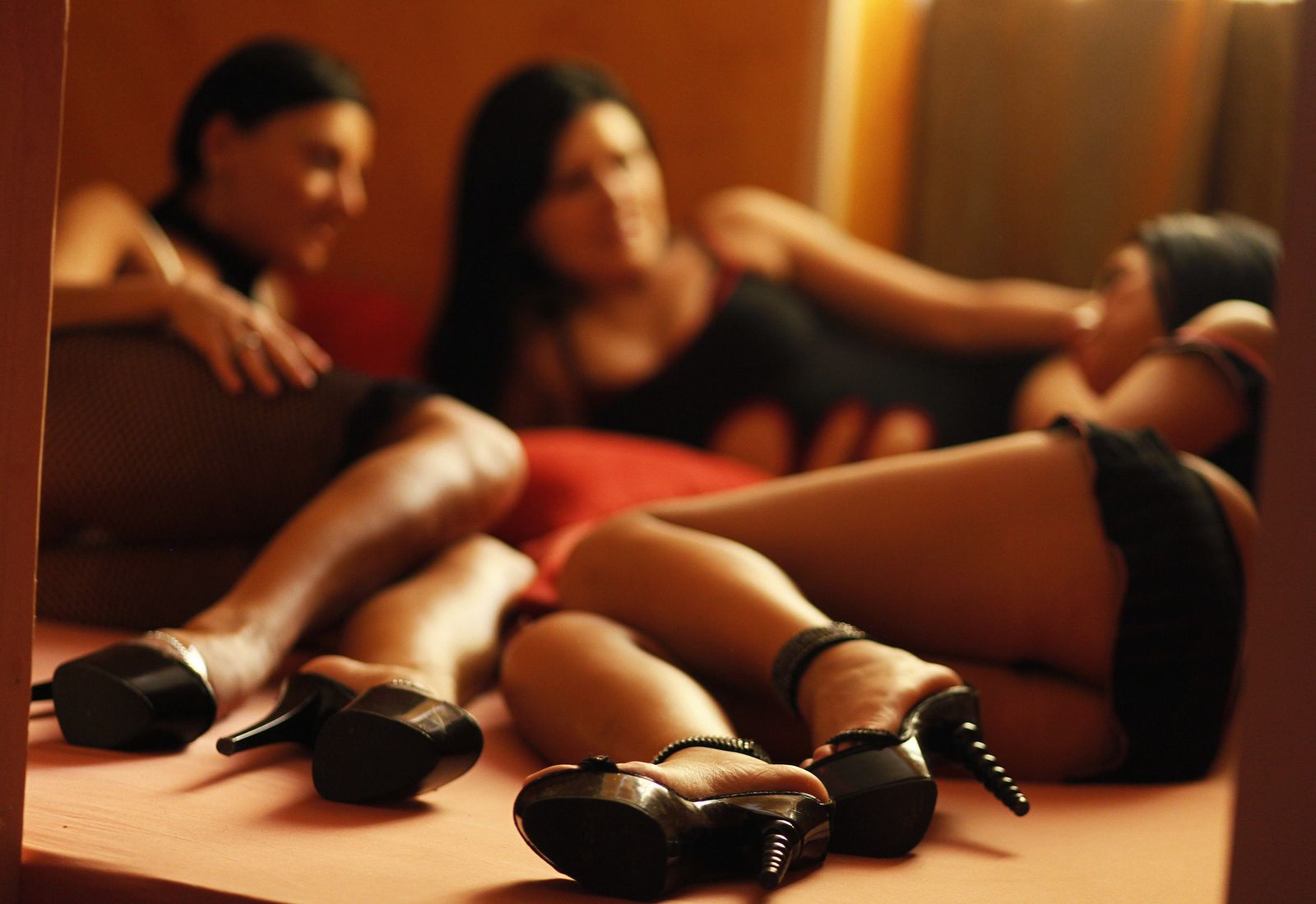 Romanian prostitutes pose in the Pussy Club brothel in Berlin. A new professional association aims to improve the lives of prostitutes working in Germany.