Chancellor Angela Merkel has categorically stated that Germany will not abandon the euro and reintroduce the deutsche mark. Her comments are intended to quell speculation that Germany's love of the common currency is flagging in the wake of expensive bailouts of troubled euro-zone members Greece and Ireland.

In an interview to be published in Germany's weekly Stern magazine on Thursday, Merkel also rejected the idea of splitting the euro zone into north and south zones, reaffirming Germany's commitment to an economically united Europe.

"There can be no return to the deutsche mark," she said, adding that Germany would "continue to do everything necessary to guarantee a stable euro." She told the magazine that, while she took citizens' concerns very seriously, she was convinced that "we in Germany can handle everything."

She expressed strong support for the common European currency and dismissed talk of splitting the euro zone into economically stronger northern countries and weaker southern countries. "Not on my watch. On behalf of Germany I say a clear 'no'." She explained her adamant opposition to a north-south division, saying that the situation within Europe "is not so black-and-white anyway."

On the subject of France's demands for a so-called European economic government, Merkel said that the leaders of the EU's 27 member states had already said in February 2010 that they saw themselves as an economic government. "Now we are facing the question of whether the 17 euro countries should work more intensively together. To that I say: Yes, they should, but not exclusively," she said. "Whatever we agree on should also remain open to other countries who want to take part."

She stressed that each country should work towards the same goal: "Each EU country should become more financially stable and economically competitive for itself and for Europe as a whole." However, a European economic government should look at harmonizing "social and tax policy, employment rights and wage trends in the public sector … to reduce the discrepancies" in these areas.

The chancellor used the differing pension ages across the bloc to illustrate her point. She said that the retirement age should be linked to life expectancy within individual countries, "otherwise a country's finances may be eaten up by pension payments, leaving nothing left for important investments in the future." 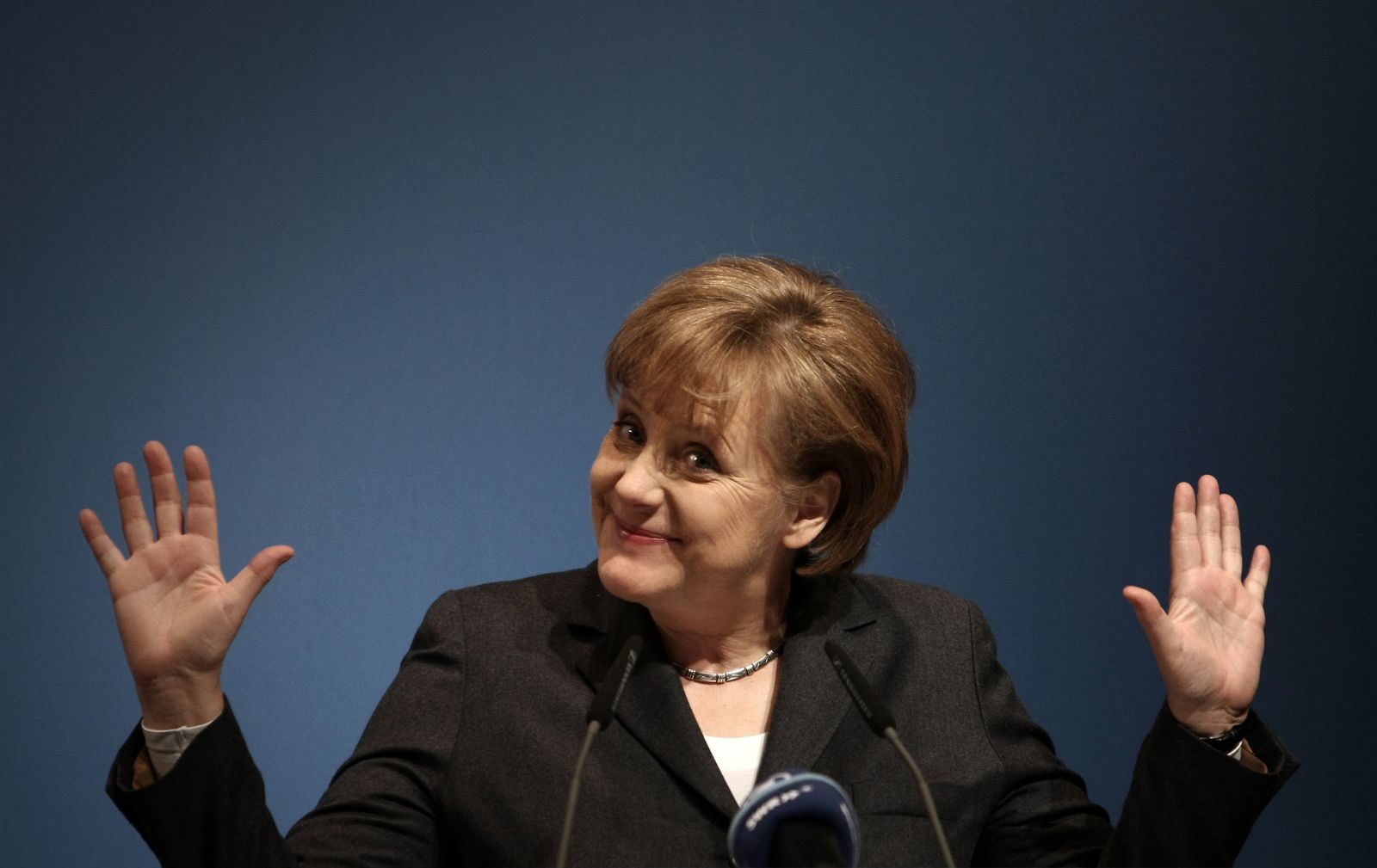 Chancellor Angela Merkel says there's no going back to the beloved deutsche mark.