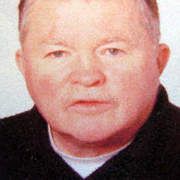 Rudolf B. is being held by Islamic militants with ties to the Taliban. He is reported to be in good health.

While negotiations to free the German engineer reportedly held high in the mountains of a southwest Afghan province continue, some in Germany's government are questioning Berlin's approach in the past to freeing its citizens from the clutches of terrorists.

Kidnapped by a local group of Islamic militants along with his colleague Rüdiger Diedrich and four Afghanis on July 18, the 62-year-old Rudolf B. is the latest victim of what security experts consider a booming "hostage industry" in the world's crisis spots. Foreign hostages like Rudolf B. and Diedrich, who died of unknown causes during a forced march three days after their kidnapping, have in the past week supplied the type of headlines from which Islamic militants have reaped millions of euros in recent years.

Some in Germany's government have had enough. Given the rising price of ransom payments and their role in beefing up terrorist arsenals, government sources say they are reconsidering whether to pay money to terrorists in hostage situations in the future. Germany's Interior Ministry would favor putting a stop to all ransom payments, and other government security experts voiced concern that kidnapping foreigners was proving to be a cash cow for terrorist groups around the world.

"We need to ask ourselves whether or not we can live with the fact that the money we are paying in ransom for hostages," a government security expert told the Süddeutsche Zeitung, "could be used to buy weapons that could kill our soldiers in Afghanistan."

Foreigners Net at Least a Million

Governments from Rome to Paris to Berlin have paid handsomely in recent years for citizens kidnapped and held hostage by terrorist organizations around the world. Nowhere has the price increased as much as it has in Iraq. In 2004 around $25,000 was paid for a foreign hostage in Iraq. The figure is now in the high single-digit millions -- a fact not lost on Islamic militants.

"I order all my mujahedeen to kidnap foreigners of any nationality wherever they may find them," Mansur Dadullah, who is reported to be the current military chief of the Taliban in Afghanistan, said in a video aired by the BBC last week. He added that it had been a "very successful policy."

Dadullah should know. In March, he was one of four Taliban prisoners released in exchange for the Italian journalist Daniele Mastrogiacomo, the furthest any Western government has gone to free one of their nationals. Germany was among the Western countries which criticized Italy for taking the step. But Berlin is anything but blameless.

In 2003, the German government paid a reported €5 million for the release of 16 German tourists, among 32 kidnapped by Islamic fundamentalists in the Sahara desert in Algeria. In 2005 and 2006, the government did the same to secure the release of archaeologist Susanne Osthoff, and, later, engineers Thomas Nitzschke and Rene Bräunlich, in Iraq. 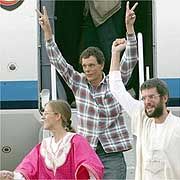 Germany paid a reported €5 million to free 16 German hostages in Algeria in 2003.

His hard-line approach resulted in some successes. German special forces managed to rescue the passengers of a German plane hijacked by a Palestinian terrorist group in the fall of 1977. But in that same period, his refusal to negotiate with kidnappers resulted in the murder of Hanns Martin Schleyer, a prominent businessman and head of the German Federation of Employers.

Almost 30 years later, the pay-first policy of Germany and other European governments is drawing the ire of some in the security community, most notably officials in the United States.

Ever More Groups, Ever More Kidnappings

"Your ransom money is leading to the deaths of our soldiers," a US government official, who asked not to be named, told SPIEGEL.

There is growing evidence that the money paid out by governments is both increasing the size of terrorist arsenals around the world, and the number of groups targeting foreigners abroad. In 2005, a British security company counted 25 different Islamic groups involved in kidnappings in Iraq. A report last week by the Washington-based Brookings Institution revealed that, since 2003, 309 foreigners have been kidnapped in Iraq. Of that number, 54 have been killed, 89 are still missing and 147 have been released.

Contributing to the popularity of hostage-taking is the increasing media savvy of Islamic militants. Online videos bearing messages from Taliban leaders are circulating at an increasing rate. Someone calling himself a spokesman for the "Islamic Emirate of the Afghan Taliban" has even begun calling the Kabul newsrooms and offices of Western news organizations with manifestos and updates on the fate of Rudolf B. and 22 Koreans still held hostage by a separate group.

A War of Words

"We're not just dealing with attacks, massacres and executions, but with a phenomenon journalists have labeled a media war. A war of words," German Foreign Ministry spokesman Martin Jäger said on Friday.

The affect such a war could have on the current debate on extending Germany's troop deployment in Afghanistan is something Berlin is well aware of. But for the moment, the focus is on freeing Rudolf B. and determining how Diedrich died.

An autopsy report has yet to be released, but Germany's Bild am Sonntag newspaper reported on Sunday that Diedrich suffered gunshot wounds in his back and in both his knees. Whether Diedrich, 44, suffered those wounds before or after his collapse during the march has yet to be determined.

While doctors examine Diedrich's body in Cologne, another Taliban ultimatum on the fate of Rudolf B. came and went Monday morning -- with the clock ticking down on when, and, most importantly, how, his government planned to free him.