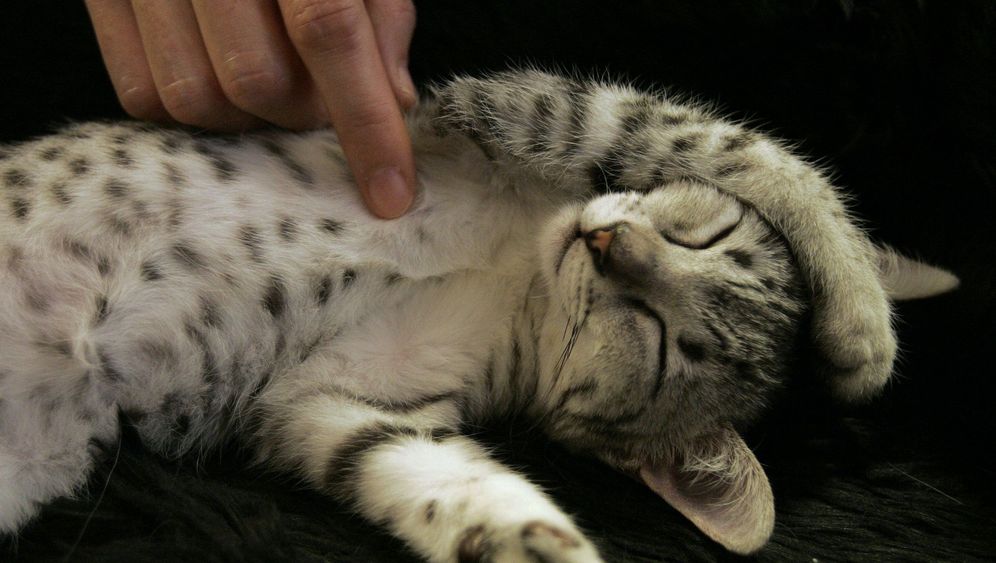 Photo Galleries: The Meowing Murderers among Us

What happened to the kaka bird? What about the weka, the kokako or the kiwi? They are all in danger of extinction, like so many of New Zealand's unique animal species. Too often, they end up in the jaws of what is probably the most murderous predator on the planet.

This carnivore doesn't look nearly as deadly as the white shark, as brawny as the grizzly bear or as menacing as the Tyrannosaurus rex. But it shouldn't be underestimated. Felis catus -- the Latin name for the domestic cat -- is a stone-cold killer, and it numbers in the hundreds of millions.

Thanks to its charm, the cat has managed to slink into the hearts of human beings and subjugate them. The Homo sapiens attends to its every need, be it nutritional, medical or political. In the home, the cat plays the role of the capricious but cuddly pet. But once outside the door, it reverts to its true nature, becoming nothing but a killer prowling through the undergrowth, utterly without conscience, mercy or understanding.

"Cats need to go," says Gareth Morgan, a 59-year-old businessman who is trying his hand at being a rich philanthropist. But his current mission places him at the center of a global controversy. Morgan isn't calling for the killing of cats, even though he says that this might be "an option." With his "Cats to Go" campaign, Morgan is merely asking his fellow New Zealanders, out of consideration for threatened fauna, not to replace their cats when they die.

Morgan is convinced that New Zealand's wildlife would be better off without the fluffy killers. The cities would be filled with birdsong, penguins could waddle across the beach without fear -- and kiwi birds, not cats, would walk through the gardens. Evolution did not provide New Zealand with any land-based predators and, as a result, its indigenous species are simply no match for cats. Nevertheless, New Zealanders are among the world's most cat-friendly people. Almost half of the country's 1.7 million households cater to at least one domestic feline.

'We Were Absolutely Stunned'

Last month, a study from the United States revealed just how bad the cat plague really is. It concludes that cats kill far more feathered creatures than experts had feared until now. Birds are being killed by the millions in the United States when they crash into windowpanes or the rotors of wind turbines, are poisoned by pesticides or run over by cars. But another manmade danger is much more threatening for birds: those suburban guerillas, house cats.

A team of biologists headed by Scott Loss of the renowned Smithsonian Conservation Biology Institute analyzed all relevant studies on the issue and then extrapolated the numbers they found. The shocking result, published in the online journal Nature Communications, is that 84 million US house cats, along with more than 30 million stray cats, kill from 1.4 billion to as many as 3.7 billion birds in the US each year.

In the past, biologists had assumed that the number of annual victims was in the range of several hundred million. "We were absolutely stunned by the results," Peter Marra, one of the authors of the report, told the New York Times. Cats also kill between 6.9 and 20.7 billion mammals, including moles, rabbits, ground squirrels and gray squirrels. Cats kill things that move and are smaller than they are, and they are not even deterred by poisonous snakes and scorpions.

The researchers found that feral cats are responsible for most of the killing, but that house cats that are allowed to go outside are also responsible for "substantial wild animal mortality," according to the study. They conclude that drastic measures should be taken, such as keeping cats inside during the breeding season.

British scientists are also concerned, specifically because of two trends. The number of cats in the United Kingdom has doubled since 1965 while, at the same time, populations of starlings and sparrows in cities have declined. Anyone who suggests a relationship between the two trends often becomes the target of harsh attacks by the powerful cat lovers' lobby.

In Great Britain, there are sometimes up to 1,000 cats per square kilometer in populated areas. Even in the Serengeti, a predator species could never reach such high population density, since wild predators have to live on what they kill. But not so with cats. They kill because they are driven by their hunting instinct, and to pass the time. But they take their regular meals at home.

The British researchers note that the cat problem could be even more serious than it appears because cats can even cause death without actively killing. The mere fact that they are there is enough. A research team headed by Andrew Beckerman of the University of Sheffield has concluded that an "ecology of fear" prevails in a cat-infested area. The birds are constantly under stress. They focus on the predators instead of their young, and they lose the ability to sufficiently concentrate on feeding. In extreme cases, bird populations decline by up to 95 percent as a result.

The house cat has long been listed among the 100 most dangerous invasive species. It originated in the Middle East, where, as an indoor hunter, it managed to endear itself to humans thousands of years ago. Once it enjoyed human protection, the cat expanded into every corner of the earth.

Especially on islands, cats, along with rats, have done irreparable damage to the ecosystem. The Guadalupe Caracara didn't survive its encounter with the cat, nor did the Hawaiian Rail. Cats have contributed to the extinction of at least 22 species of birds on islands alone.

The results of the American study are "alarming" and "clearly applicable to Germany," says Axel Hirschfeld of the Committee Against Bird Slaughter in Bonn. He wants to use the new study to urge the German Animal Welfare Federation to conduct an educational campaign for cat owners. The only silver lining, says Hirschfeld, is that "cats don't select their victims according to the Red List," referring to the IUCN Red List of Threatened Species, the world's most comprehensive inventory of species conservation.

There are at least 8 million house cats in Germany, and when they kill birds, their victims are usually blackbirds, sparrows, robins and great titmice. Cats rarely catch threatened species because they don't tend to populate suburban gardens, the original deployment zone of the feline faction.

There is hardly ever any resistance to cats in Germany, although in one case, that of the town of Neu Wulmstorf near Hamburg, the community constructed a barrier of ultrasound guns to protect the highly endangered corncrake. The signal, inaudible to people, is designed to deter cats from hunting in a nearby conservation area.

Otherwise, Germans are relatively silent on the issue. The Federal Agency for Nature Conservation is interested in adders, wolves and dwarf damselflies, but not in the victims of the most successful predator in Germany. A spokeswoman admits that the agency's nationwide monitoring program does not collect data on house cats.

For reasons of bird conservation, German government agencies impose strict regulations on property owners, telling them when they can and cannot trim or cut down their hedges and shrubs. But nowhere in Germany are cat owners forbidden from letting their predators go outside during the critical period between March and August. As a result, millions upon millions of young birds fall victim to cats each year, often only hours after they have left the nest.

That's when the birds hop around awkwardly on the ground, barely able to fly and too inexperienced to properly interpret their parents' warning calls. They make easy prey for cats. The little bells that understanding cat owners attach to the collars of their murderous pets don't do much good in these cases.

Feral and stray cats are also a growing problem in Germany. Officials estimate that there are about 40,000 stray cats in Cologne, up to 100,000 in Berlin and 2 million nationwide. They aren't in very good condition. Well-meaning animal lovers catch them and have them neutered or sterilized, so that they can no longer produce offspring. But then the altered cats are released back into their poachers' existence, to the detriment of the bird population.

"It's time we had a conversation about the number of cats," says Andreas von Lindeiner of the Bavarian Bird Protection Organization. "That number could certainly be reduced a little."

'We Can't Quatify the Cat Factor'

But proving the cats' guilt is a tricky problem. The populations of many species, such as the house sparrow, are declining. Perhaps cats are partly to blame. But the common chiffchaff is doing splendidly, even though it's at the top of the predators' hit list. Blackbird populations are declining in some regions, but for a different reason: the Usutu virus, which comes from Africa, is raging within its ranks, killing hundreds of thousands.

"We can't quantify the cat factor," says Lindeiner. Of course the cat plays a role in the daily killings, but just how fateful that role is when it comes to the future prospects of a given species remains a mystery.

Hans Schmid of the Swiss Ornithological Institute, in the central Swiss town of Sempach, also has his suspicions. The song thrush is becoming more common in northern Central Europe, but not in Austria and Switzerland or in Southern Europe. Schmid suspects that the blame lies with the roughly 1.4 million Büsis, a term of endearment for cats in Switzerland. Species that are already in trouble, such as the common redstart, are suffering additional losses because of cats, which makes their situation even more difficult. But not even Schmid can provide proof against the predators that would hold up in court.

For Schmid, the argument that the clawed creatures only rip apart birds that are sick or weak is "nonsense." He points out that large numbers of perfectly healthy birds also die in the clutches of the furry creatures. Schmid expresses the unpleasant truth: "The density of the cat population is simply too high."

Every day, concerned citizens drop off injured birds with bird lovers like Schmid, hoping that the victims of cat violence can recover. But recovery is rare. Cats sink their teeth deep into the tissue. If the wound doesn't kill the bird, the ensuing infection most likely will.

For activist Gareth Morgan in New Zealand, the solution to the predator problem is quite simple: "People who love their cats should keep them in the house." Other than that, he says, "make sure that this cat is your last one."

8 Bilder Photo Galleries: The Meowing Murderers among Us 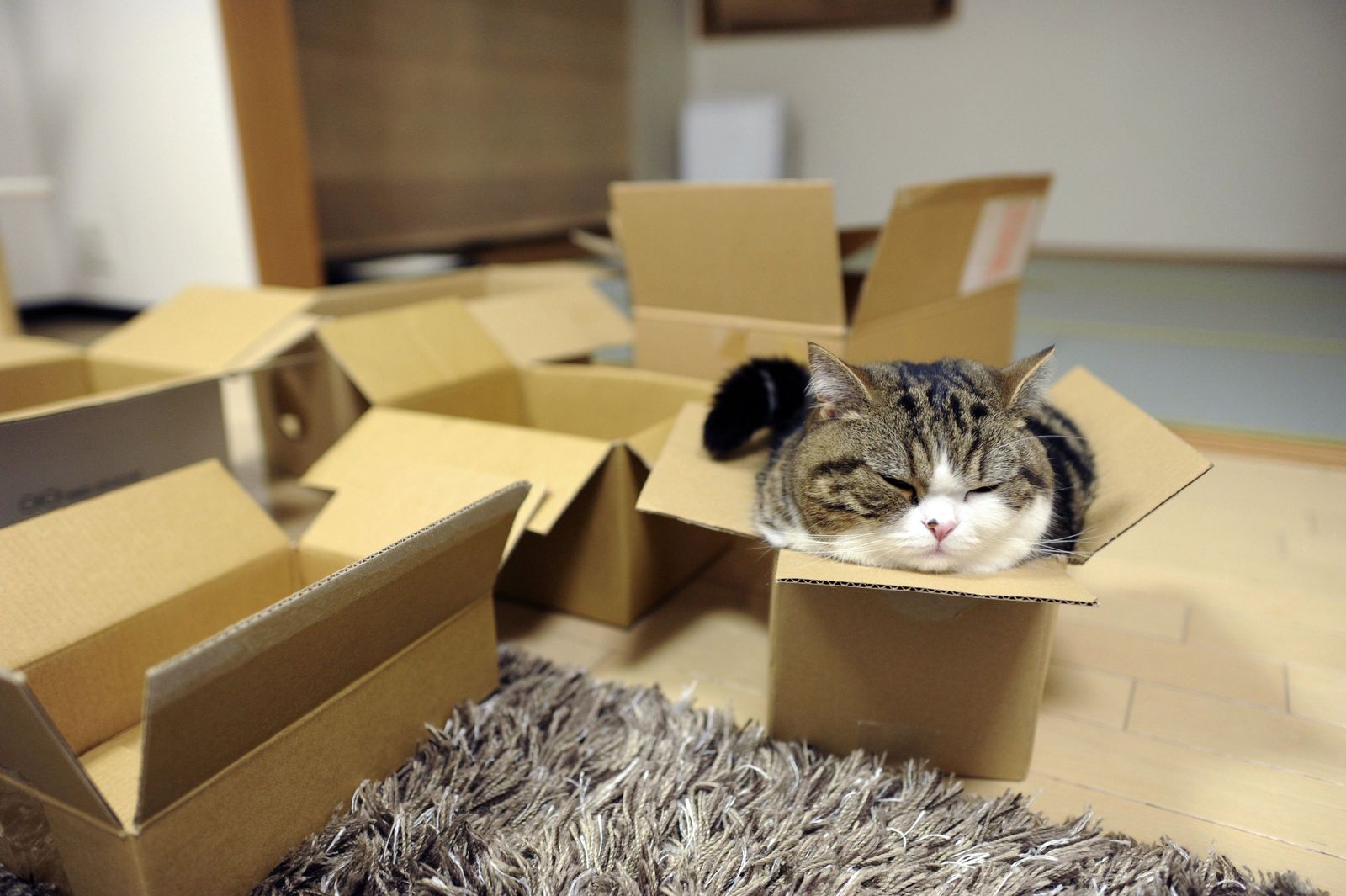