So what? Aren't these minor details that fall short of the scandal threshold, forgivable sins? We are already hearing that some people are getting annoyed with the media for its constant revelations of minor transgressions. Some even believe the real scandal isn't Wulff's behavior but the determination on the part of the press to hunt down a story.

Take perks, for example. Wulff literally seeks out discounts. He doesn't want to pay the prices that a normal citizen would have to pay for his lifestyle, for such expenses as his house, his car and his vacations. Wulff uses his public offices to secure his discounts, which, in the case of a gift, amount to 100 percent. They give him the privilege to accept perks from rich friends or companies -- who hope to get something in return.

So far, no one has been able to prove that the president is corrupt. But anyone who attaches so much importance to receiving perks as Wulff does cannot escape the suspicion that he is corruptible, and that he earns his privileges by doing something in return. He should not have been allowed to expose his official positions to this suspicion.

It's also unseemly for the president to be the country's discount king. The hunt for the best price stems from small-mindedness, unless it's the result of financial need. And in a democracy, public offices should be held by representatives of the people, not by privileged people.

Upgrades: When pubescent teenagers dream of a grand life, they dream of the movies. Many see glamor as a great reward. Wulff also likes this form of glamor, and he too wants to upgrade himself by associating with people in the film industry.

Wulff vacationed at a villa owned by finance entrepreneur Carsten Maschmeyer, who is in a relationship with the film star Veronica Ferres. He accepted an invitation from Zentis, a German food company, to attend the Film Ball in Munich. He had his film producer friend David Groenewold invite him to parties peppered with actors. Groenewold also used his credit card to pay for Wulff and his wife to stay at a hotel on the resort island of Sylt.

Aside from the issue of discounts, it would be nice if a politician would at least treat his offices as sufficiently important and uplifting to eliminate the desire for further upgrades. Democracy doesn't deserve Wulff's childish yearning for the glamorous world of film.

Although Groenewold paid the 2007 hotel bill with his credit card, Wulff reimbursed him with cash, Wulff's attorney claimed. In other words, the governor of the State of Lower Saxony was standing there, handing a stack of banknotes to a man who is 14 years his junior. If that isn't a lie, one would almost wish it were, because it's so undignified. And if it is a lie, Wulff may have shown that he was corrupt, because the same man, Groenewold, received a loan guarantee from the State of Lower Saxony. These are the alternatives Wulff has to offer.

These are not the alternatives for a head of state. A politician debases both himself and his office with such behavior, which is why this collection of many minor details becomes a serious case. Christian Wulff lacks the character to hold the highest office in the country. He drags it down to an intolerable level. It is high time he stepped down. 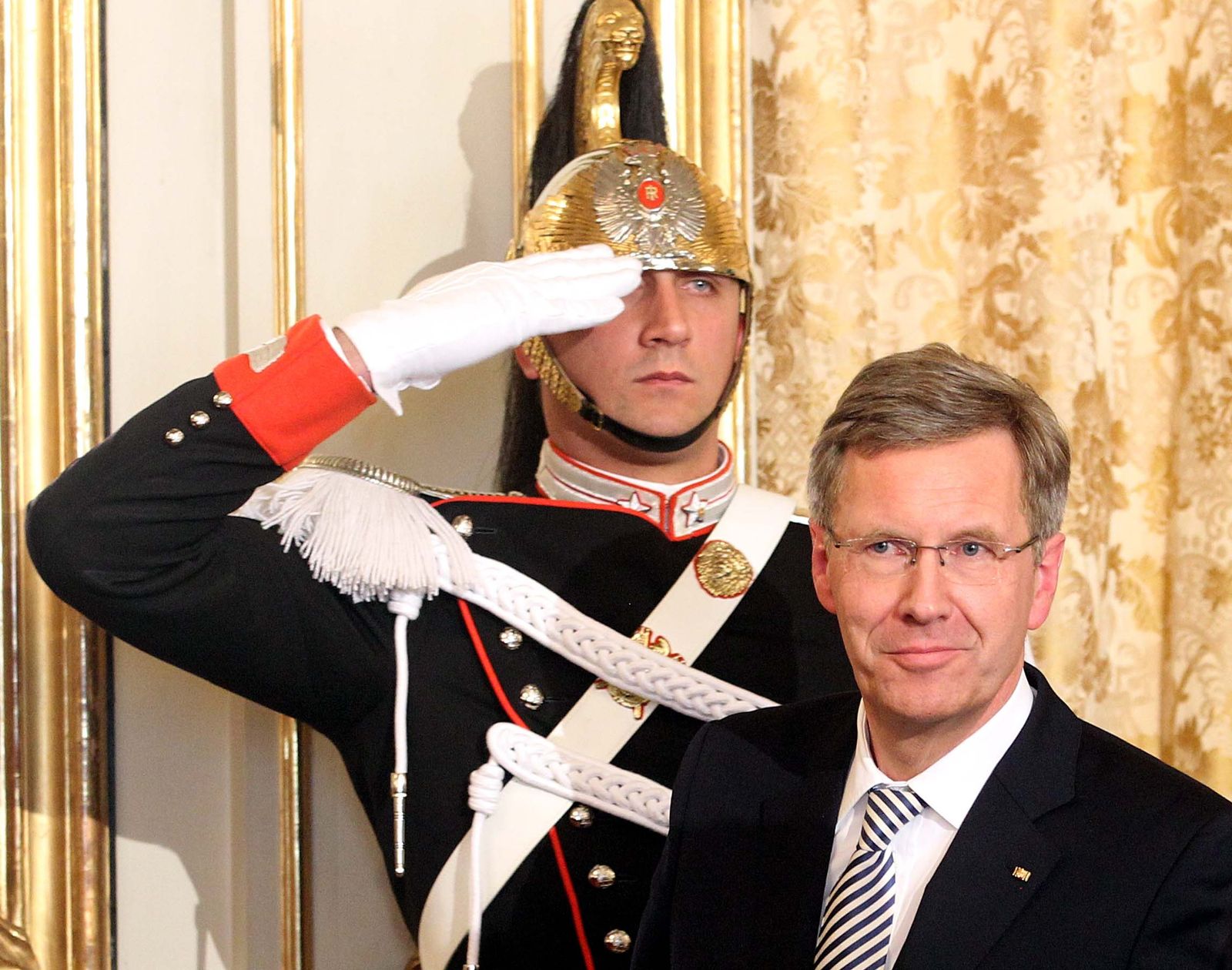 German President Christian Wulff during a visit to Rome on Monday.