Those who thought that meaningful debate and momentous decisions were no longer possible in German politics were taught a lesson at the Christian Democratic Union (CDU) party conference on Friday. The party had gathered to choose a new leader, and the two candidates in the run-off vote -- after Jens Spahn had been dumped in the first round of voting -- could hardly have been more different.

On the one hand there was Annegret Kramp-Karrenbauer, Chancellor Angela Merkel's preferred choice. She presented herself as someone who refused to allow the clamoring on the right-wing fringe to dictate her political course. Someone who, just like Merkel, prefers to confront the noise with sober arguments and calm political expertise.

On the other hand was Friedrich Merz, who demanded that the CDU pursue a "new strategy" and that it once again offer something to its more conservative voters. He wanted the party to shift to the right.

Indeed, after the campaign in recent weeks and after their speeches on Friday, nobody could say that the CDU did not have a clear alternative. And ultimately, it chose Kramp-Karrenbauer by the slim margin of 51.75 percent to 48.52 percent. Merkel had brought her to Berlin from her position as governor of the tiny state of Saarland in February of this year to prepare her for this moment. Now, AKK, as she is known, takes over from Merkel as the new leader of the party.

Kramp-Karrenbauer did not want to break with the course charted by Angela Merkel. Indeed, she took a page out of Gerhard Schröder's book, who at the end of the Helmut Kohl era promised that he didn't want to do everything differently, but he did intend to do some things better. In a party that has traditionally tended to shy away from taking risks and embarking on political experiments, her message proved more appealing than that of her rival.

Still, it wasn't by much. Ahead of the convention, many felt that it would come down to the speeches the two would hold on Friday, and on that count, there was a broad consensus that Merz had the advantage. He is generally considered to be an excellent public speaker -- but on Friday, he was not in top form. In contrast to the passionate and perfectly structured speech presented by Kramp-Karrenbauer, Merz seemed agitated and nervous, only really hitting his stride toward the end. But it wasn't enough to get the gathered delegates on his side.

The result is good news for Angela Merkel. Everyone in the CDU knows that Kramp-Karrenbauer was her preferred candidate. And it was no surprise that, during the chancellor's final speech as CDU leader earlier on Friday, she made sure to call attention to Kramp-Karrenbauer's victory in the state election in Saarland. The message was clear: Annegret Kramp-Karrenbauer has already shown that she can emerge victorious from hard-fought election campaigns whereas Friedrich Merz never has.

Merkel now has the luxury of working together with a woman who she has known for a long time and who does not appear to be driven by an ambition to push Merkel out of the Chancellery as quickly as possible -- an eventuality that would have been virtually unavoidable had Merz won. Few in the CDU had believed that Merkel and Merz would have been able to work well together, despite their insistence to the contrary. Kramp-Karrenbauer, meanwhile, will no doubt be grateful for having a bit of extra time to prepare herself for the task of leading the country.

Her first task, however, is that of ensuring that the party doesn't split apart, which appears to be the main challenge facing her at the moment. The race between her and Merz was extremely close, with just 35 votes out of 999 separating the two. The fact that a woman has been chosen to replace a woman as the leader of a party that had been run by men for half a century shows just how fundamentally Merkel has modernized the CDU. But just as many feared that Merz was in it primarily to get revenge on Merkel for having cut short his political ambitions almost two decades ago, Kramp-Karrenbauer will now have to contend with those who contend that she represents the continuation of a Merkel dynasty. The chancellor, in any case, would seem to have taken a huge step toward choosing her own successor in the Chancellery.

Kramp-Karrenbauer will only be able to keep the CDU together if she can show some success in the battle against the right-wing populist party Alternative for Germany. One of Merkel's lasting legacies will be that of having moved the CDU to the center. In doing so, she made life extremely hard for the center-left Social Democrats (SPD), a party which has plunged in the polls in recent years. But Merz was not entirely misguided in basing his campaign for CDU party leadership on the accusation that Merkel essentially cleared the way for the rise of the AfD by moving to the left. If Kramp-Karrenbauer fails to win back voters from the AfD, German conservatives will face a difficult road ahead -- a road that could end in division.

Already, the CDU is facing a significant problem in eastern Germany, where the AfD has risen to become a new kind of big-tent party. That has led Christian Democrats in the region to consider the idea of cooperating with, or even forming a coalition with, the AfD -- essentially following the same route that Austrian conservatives have taken. That, though, is a path that would prove unpalatable to many in the CDU and would plunge the party into uncertainty.

The campaign leading up to Friday's vote clearly revealed just how deep are the differences that the Merkel era has left behind. That, however, is why it was the right choice to choose a new leader out in the open rather than retreating behind closed doors as the party has in the past. One of the hallmarks of Merkel's leadership was that of suffocating debate within the party and even within the electorate at large. Now, though, political debate is back -- and the party will have to learn how to argue and govern at the same time. 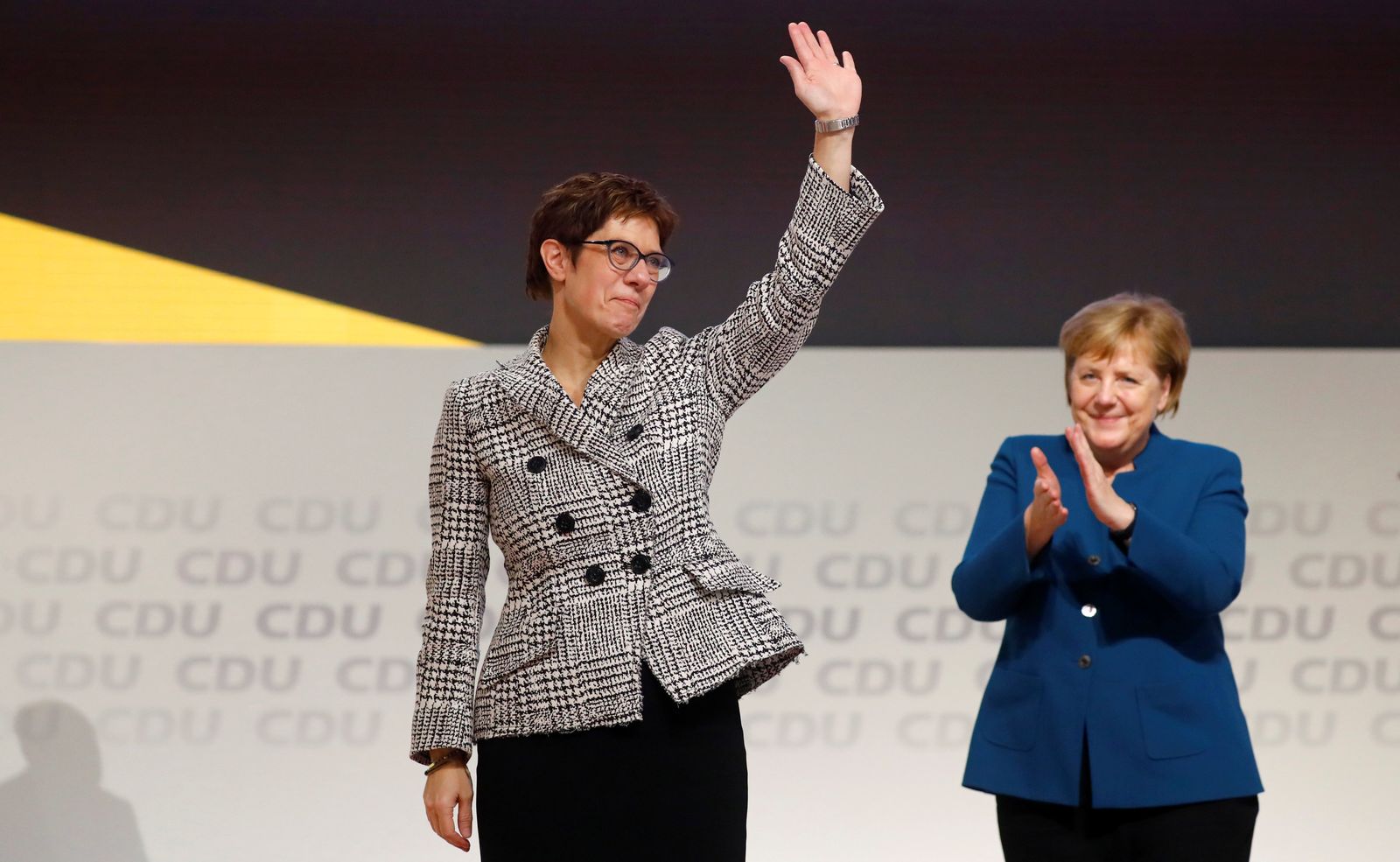